Probably the largest non-religious festival celebrated in the western world, yet its origins are as uncertain as whether you’ll fall victim in April this year. The earliest mention of April Fools’ Day or All Fools’ Day came in 1686 England when biographer John Aubrey described April 1st as a “Fools Holy Day.” Way before that, the Roman spring festival of Hilaria, the vernal (spring) equinox paved the way for similar events through the centuries. Held around the 25thMarch in honour of the first day of the year that was longer than the night, it included festivities, games, processions and masquerades, during which disguised commoners could imitate nobility to devious ends. Back to today, you’re gifted an opportunity once a year to get your own back on ‘the boss’ under the protection of “April Fool” but make sure they really do have a sense of humour, or you could end up toast! This is not a practice restricted to individuals but taken up by many large organisations over recent years, perhaps most famously in 1957 when the BBC reported on Italians harvesting spaghetti from special trees. 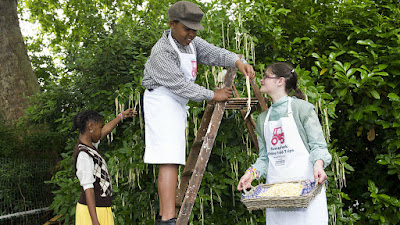 This resulted in several hundred asking for information on how to cultivate the ‘spaghetti tree,’ followed by complaints of being humiliated when the truth came out! So, whatever prank you line up, before you cause too much anxiety, make sure you shout, “April Fool!” which will hopefully bring you some forgiveness.
With an Irish background, I grew up drowning in jokes; it was April Fools’ Day every day! My conversations were so peppered with similes, metaphors and sarcasm that foreigners could barely understand me. However, none of those jokes were designed to hurt, just to make others laugh, which encouraged me to learn even more. Irish jokes were something I could live with, in part because I could relate to an element of personal reflection!

My mother, born and bred in the Republic, used to say things intended as serious, but we would all fall about laughing. “Our Daniel has one of those new ‘sat lav’ things in his car now,” or “I’m too scared to ask Google, they might think I’m stupid." She once saw a rabbit hopping by the side of the road and remarked, “Daniel, do you think that’s a real rabbit?” Stunned, I replied jokingly, “No Mum, it’s one of those new hi-tech ones.” She explained with a straight face how she’d never heard of those things, but what a good idea they were! She would always start a scolding with, “Look at me, this is no joking matter!” We’d all freeze, trying to look petrified, but the slightest twitch from one of us and we’d all crack up, scattering to avoid the far-reaching (low-tech) broom!
There are the thousands of great jokes that you learn and memorise, stored in a giant ‘Gatling gun’ that you release without warning when the time’s right… Sean and Mick are walking down the road and Sean has a bag of doughnuts in his hand. Sean says to Mick, "If you can guess how many doughnuts are in my bag, you can have them both. "Would that offend you? Maybe if you were Irish? Unlikely though! 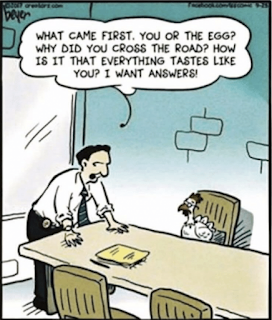 Travelling the world, I recognised that in some cultures, jokes don’t exist. When living in Johannesburg, our TV reception was poor, so I informed our friend Freedom that I’d wait for nightfall and go steal the satellite dish from our neighbour’s roof. He was shocked and explained that it was illegal to do such a thing. When I explained that I was joking, he was even more confused. “So, it was a lie?” he said. I replied, “Yes, sometimes a joke can be a lie, but that’s OK because it’s a joke.” The following morning, he came to tell me that he was going into town, and I wished him a safe journey. He said, “No, I’m notgoing to town, it was a joke.” I forced a laugh but failed miserably, then sat with him to try and clarify, and we had endless fun practising.
So, what is a joke? “A ‘joke’ is a display of humour in which words are used within a specific and well-defined narrative structure to make people laugh and is not meant to be taken seriously.”(Wikipedia)Does that do it for you? Why did the chicken cross the road? In Bangkok? Undoubtedly suicide with a guaranteed outcome! Knock! Knock! Who's there? Cash! Cash who? No thanks, but I'd love some peanuts! Don’t worry, my wife took four takes on that one! 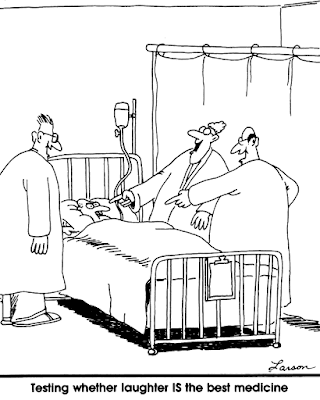 Jewish, Catholic, vegetarian, football, Essex girl, mother-in-law, race, sex, disability, tragedy, any subject now becomes ammo for jokes. After 9/11 the first jokes came out the same day on social media, and I’ve seen it happen with anything that occurs around the world. Why? Maybe that’s the way some of us handle things when they get so bad! “Death smiles at us all, all we can do is smile back.” (Gladiator)
Then there are the camouflaged jokes; these are the worst kind because they’re always aimed at individuals or minority sections of society. A joke designed to hurt or offend, maybe not intentionally, but under the guise of “It was just a joke,” but often doesn’t feel that way to the receiver! Did you hear about the bulimic stag party? The cake came out of the girl! How do you make a blonde laugh on Saturday? Tell her a joke on Wednesday.Not so good for Bulimic Blondes! My mother-in-law and I were happy for 20 years; then we met each other. Why don`t ducks tell jokes when they fly? Because they would quack up! A bit more general, so less offensive unless you’re a well-read mallard!
Having had a cancer scare recently, I can relate to this one… An old soldier went to a clinic for an MRI and was put into the machine by an attractive, young technician. Sometime later, after snoozing to music, the examination was over, and he was helped from the device by an older guy. The veteran gasped, “Wow! How long was I in there for?” 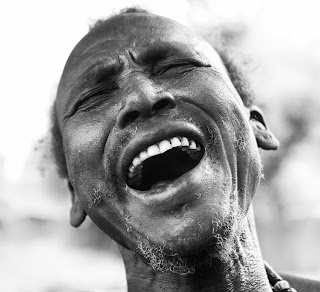 Tell your joke, but be aware of your audience. What may seem very funny to some could be offensive to others, and if you’re amongst strangers, you should be doubly careful. Billy Connolly, a master of the profession, said, "I've always been fascinated by the difference between jokes you can tell your friends, but you can't tell to an audience. There's a fine line you must tread, because you don't know who is out there in the auditorium. A lot of people are too easily offended.
The older you get, the more jokes you’ll have heard, sometimes the same ones coming around incessantly, like Jehovah Witnesses. Still, laugh out loud, it’s good for you! I even laugh at jokes when I don’t get them, it seems fair on the teller! If you’ve got a joke that would make me cry laughing, please send it because I haven’t done that in years! Laughter is a wonderful medicine, it improves your health, and it’s free, fun and easy to do. It triggers the release of endorphins, the body’s natural ‘feel-good’ chemicals, allowing you a greater sense of well-being. Laughter burns calories, improves circulation, makes you more popular, inspires hope and one day, if you’re lucky, you may even die laughing!