Feeling a bit down and sorry for yourself?

Click on this and listen to the most inspirational person I've ever witnessed...

Hello everyone! I'm so sorry that I haven't been able to post for the last month. I'm signed in as Beverley now as the issue still hasn't been resolved, but I don't mind showing my feminine side for a while :-) I can sign into my blog, but I can't seem to do much else with it!

I still can't publish a final account for Expedition Romania because the DVLA are "investigating" my claim for a refund of the tax disc used on the 4x4 that I gave to the Serbian Mafia in Belgrade. I'll keep you in touch with that one as it unfolds!!

I got my 2nd year results yesterday, just short of a 1st but I reckon I can make that up by the time I hit the end of 3rd year in June 2013. It's fairly complicated how the marking works out. Your 1st year marks don't count, you have to pass and at the end of 1st year I was doing pretty well considering that I had cancer surgery half way through! I think it's 30% (may be 40%) of marks in 2nd year count towards the final mark at the end of the degree. You are allowed to drop the worse mark in 2nd year, thank god, and mine was a woeful 40% in web design. Just a pass at 40% and funnily enough it was the only module that I asked other students and tutors for any help on!! But I just couldn't grasp the concept as some of the youngsters floated through it. I think for my final piece next year I might do a good old fashioned book, paper with print on that I can relate to so much better than the techy stuff.

I got a Rav 4 4x4 SR180 yesterday, went all the way to Edinburgh to see it, but well worth the trip. Some sound advice from a friend of mine Derek, who is to cars as Houdini was to escapology, and the deal was done. 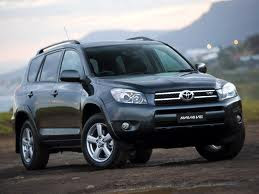 So I now have a 12 year old Toyota Avensis going very cheap if anyone is interested?

I'd like to say hello to a lovely person called Dorothy who phoned me for advice this morning. She's having terrible trouble with the Cumberland Infirmary after being very ill and needing surgery. You are not alone Dorothy, as soon as you call me back we will start the ball rolling and get you sorted.

I was up at the University last week filming for their new TV advert. I got a speaking roll no less, even though I was reluctant to put on the make up before filming :-) It was good fun and I'm looking forward to seeing the end result.

On Saturday 30th June I went to our cancer support group meeting in Leicester, last year was my first time so this year I was a veteran! I took Beverley and we met some amazing men and their wives. 9 people had died since last year, which sent a shiver down me. I almost felt as if I was a cheat! Elise, the guardian angel for the group, came all the way from Ireland with her Mum Elsie, who's husband had sadly lost his fight a few months back. George did a great job again in organising the event and I'll certainly support it forever.

I've not only joined a Badminton Club, I'm winning some games! Now if you had told me that 18 months ago I would have laughed. I love it and looking forward to gaining some fitness so that I can improve  even more.

Beverley's last day at her old school last week, think I'm going to recommend her for an OBE. So many children crying there eyes out, so sad to see her go, but she's a magical teacher and I just know that her new school will be getting an inspirational new Head Teacher to start in September.

If you are one of the 100's of people who visit the Blog still every month, I hope you will look through my journey and take heart from it. Remember, when you are diagnosed, you must not leave your hospital in charge of your journey, you must manage your own case. I took that step after being ignored by my specialist, Mr Bashir at the Cumberland Infirmary for months. Not getting replies to letters, phone calls and e-mails, I was literally being left to die!!
Thanks to Mr Nimish Shah and the brilliant team at Addenbrookes, I have my life back. Be your own case manager and if you need help because at this point you know next to nothing, please contact me.