Or my alternative group, for those who want to become OYNB pirates, because you find larger groups too impersonal...
https://www.facebook.com/groups/1899091816978778/?pnref=story

Never heard of it? Click on the links above.

I joined in 2016 knowing that I should cut my alcohol intake drastically if I wanted a healthy future. I started with the '90 day challenge' last summer, but could I go 90 days without alcohol? I hadn't done that since the age of 12! I could have gone with 30 days, but after listening to others, that didn't prove a lot. After 60 days, I was told that I could now feel like what it was like to be normal, a non-drinker, and it was very good.
I stopped the challenge at 60 days thinking I'd changed my life, but far from it. It's just a big long, greasy pole sliding way back to where you started; into the 'alco-haze'!

Was I an alcoholic? I guess the 60 days without alcohol proved to me that I wasn't, but I did have a bad habit that was going to eventually take me down. The first 2 weeks weren't easy, it was breaking a habit that I'd had all my life, a habit that's constantly reinforced as 'good' by not only advertising, but almost every film you'll ever watch. A bit like smoking, which used to be used to portray sexiness, yet now is seen as repellent by most people.

The co-founders of 'One Year No Beer' (OYNB) are Andy and Ruari. Andy's a lovely guy, very approachable and very much involved day to day in support. Ruari's heart is in it, but he's more of a 'Jack Russel', and will chew yer legs off if you come up with something original before he does. There's a little bit more about them below, and if you decide to go for it, I suggest you pick up this book first as a 'must have'. Without help, you are unlikely to make this journey, so hold out your hand, there's some amazing people out there. 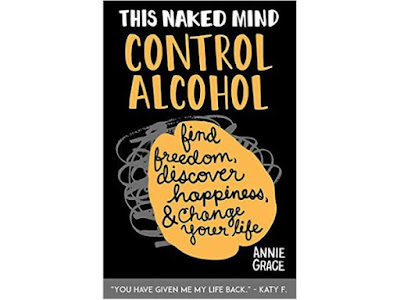 IF I make it through this year without alcohol, will I ever drink again? I just don't know.
I mix daily in Bangkok with people who have never drank alcohol, and they seem to live life with more happiness than I've ever seen in a 'drunk'! 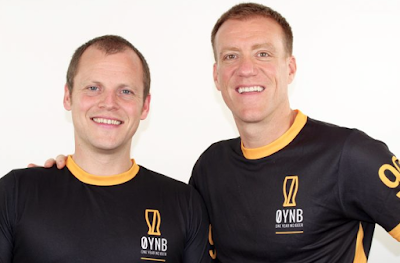 The Professional Footballers Association are supporting former player Andy Ramage and co-founder Ruari Fairbairns with the One Year No Beer Challenge, which encourages people to give up alcohol for a year.

One Year No Beer (OYNB) is a 30, 90 or 365 day challenge that has been designed to support the community every day with daily updates, challenges, strategies and tactics to ensure people succeed through all the temptations.
In 2015, 2+ million people in the UK signed up for Dry January. And in 2016 that figure is set to be dwarfed, but what happens in February? The drinks industry come out of hiding and start the annual carousel of why alcohol needs to be linked to every single activity us humans do.
OYNB Co-Founders Ruari Fairbairns and Andy Ramage have set out to change this and are finding thousands of people flocking to them who are exhausted with the £800m advertising annual advertising spend just in the UK (IAS).
Ruari and former player Andy both work in the city and found that all aspects of their lives were being negatively affected by alcohol in every facet of their lives. They were not alcoholics but wanted something more out of life. And as they started talking to friends they discovered that there were hundreds like them in their own networks who also wanted to stop.
So finding that everything finished on 31st January they set up One Year, No Beer (ONYB), a 30, 90 & 365 day challenge to support anyone from all walks of life to give up alcohol and focus on healthy alternative habits.
What was a sober chat in a pub turned into a movement and in only 2 weeks they have over 5,000 twitter followers and have just passed 2,000 subscribers to their 90 day challenge.
“Everyone loves a challenge and OneYearNoBeer is exactly that. No stigma, no labels. If someone can do 30 days, they can do 90 and at this point they can easily take on the year. These challenges will change their relationship with alcohol forever.” Andy Ramage
PFA Director of Corporate Social Responsibility John Hudson said: “The PFA extend its support to this excellent challenge which I'm sure will have a positive, healthy and in many cases long-term impact on those who take part.”

Posted by Daniel Sencier at Monday, December 26, 2016 No comments: 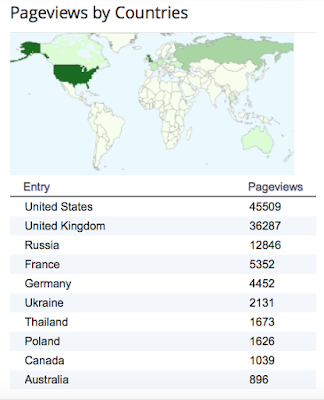 Happy Christmas and a very Happy New Year to all my followers, as this blog goes over the '140,000 hits' this weekend.

Being featured on the USA site 'Healthline', as one of the top ten prostate cancer blogs for the past 3 years has been a great boost, and I thank them for all their support.

The bigger the following, the more chance that men out there, and their wives, will be better informed and more aware.

That's what this is all about.


Over 11,000 men in the UK alone will be diagnosed with prostate cancer in 2017, and for many it will have already spread. Sometimes there are little or no symptoms!

Do you know a man who is over 50? A husband, brother, father, son, cousin or friend?

Maybe the best Christmas gift you could give, would be information from the UK Prostate Cancer Charity. Forward this link, why wouldn't you?

Christmas Eve 2016, over 6 years after being diagnosed with prostate cancer, I'm happy to report that I'm still cancer free. 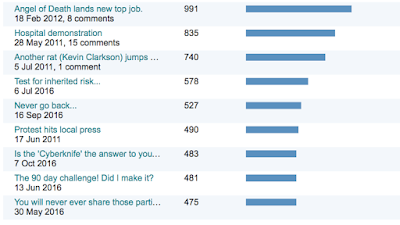 Above are some blog statistics, just out of interest. The last 2 months has seen a massive surge with over 9,000 hits in November, and December already over 10,000. Whoever you are, wherever you are, thanks for dropping in occasionally, it makes it all worthwhile.
Posted by Daniel Sencier at Friday, December 23, 2016 No comments:

Man cured of prostate cancer after being given testosterone to shock tumours...

This has come as a big surprise to everyone in prostate cancer research.
It has always been thought that one way of killing these cancer cells was by starving them of testosterone. Nobody thought to do the opposite, exposing them to massive amounts of the same stuff. 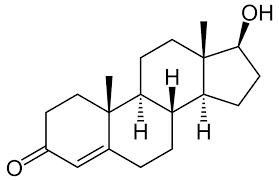 A man has been “cured” of prostate cancer using an experimental therapy that shocks tumours to death with the sex hormone testosterone.
The disease was at an advanced stage and had failed to respond to previous treatment.
Other seriously ill men taking part in the same trial showed responses that astounded scientists.
Their tumours were seen to shrink and progress of the disease was halted in several patients.


Levels of Prostate Specific Antigen – a blood marker used to monitor prostate cancer – fell in the majority of the 47 participants, with one individual seeing his PSA levels drop to zero after three months.

Posted by Daniel Sencier at Wednesday, December 07, 2016 No comments: 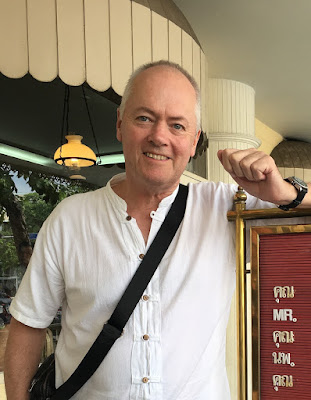 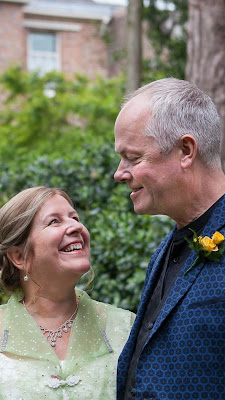 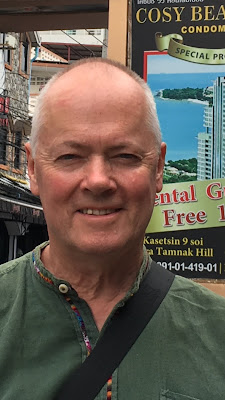 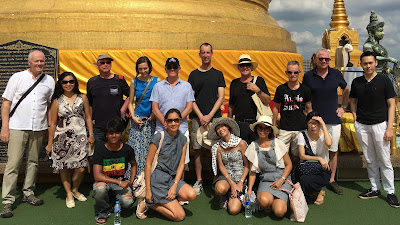 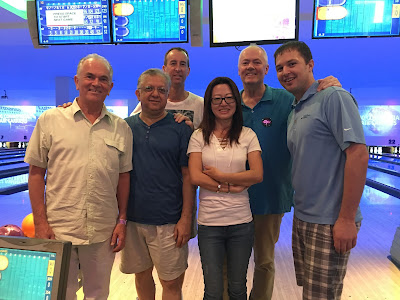 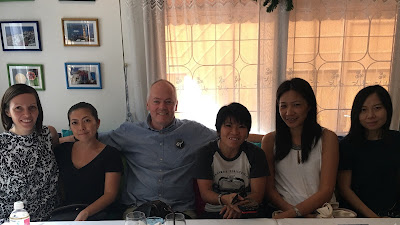 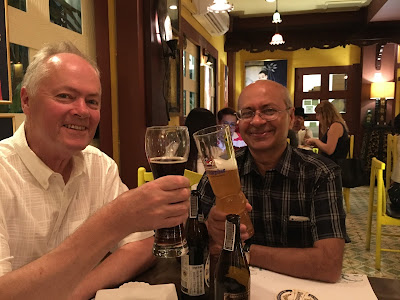 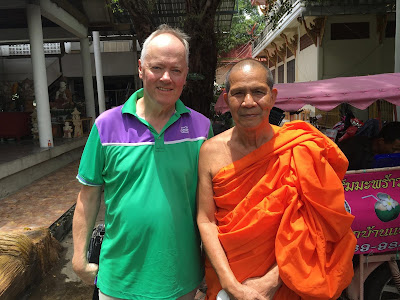 Posted by Daniel Sencier at Friday, December 02, 2016 No comments: