I hope this is at least some good news to many of my friends out there who are constantly looking for ways to steer their destiny in another direction.
A radioactive drug, similar to that which killed Russian former spy Alexander Litvinenko has been approved as a treatment for prostate cancer on the NHS.
Radium-223 is a powerful drug based on a mildly radioactive form of the metal radium. Given as an infusion into the bloodstream, it is taken up by bones and can specifically target tumours through alpha particles. 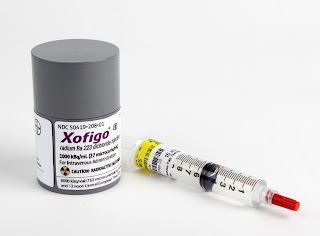 Infusions are typically given once a month, for up to six months. The drugs emit the same type of radiation as polonium-210 which was used to assassinate former Russia spy Alexander Litvinenko, due to its ability to destroy tissues and organs. However, despite this, when used in a controlled manner, the same capabilities can be used to specifically target cancers. 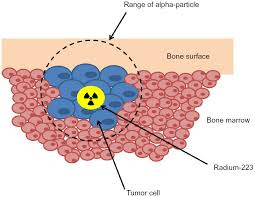 The health regulation authority NICE has announced prostate cancer patients will now be able to access the drug on a routine basis. It has previously only been recommended for patients who had received initial treatment alongside an additional medicine, docetaxel. Professor Carole Longson, director of the centre for health technology evaluation at NICE, said: “I'm pleased we have been able to broaden our recommendations for radium-223. Patients with prostate cancer will surely benefit from this drug being available for routine NHS use. I hope we’ll see more drugs like this move into routine NHS use after companies have been able to better demonstrate cost-effectiveness.”
Posted by Daniel Sencier at Sunday, September 04, 2016