Going to live in Thailand for 3 years

Our 18 months in South Africa, we agree, was the most amazing time of our lives. Beverley and I visited all 10 provinces, and also toured in Zimbabwe, Mozambique, Zambia, Botswana, and Swaziland. You can go on holiday to these places, but living there and experiencing the people and culture for so long, was breathtaking.

Back in the UK now for a short while before the next great adventure, Thailand, and this time it's for 3 years! From Bangkok we can reach out to Australia, India and Japan in just 6 or 7 hours, but within a 1 to 2 hour flight are amazing countries such as Malaysia, Cambodia, Indonesia, Borneo, Burma, China, Vietnam and Singapore, just to name a few. Comparing Johannesburg to Bangkok is difficult, they both have millions of inhabitants and a wet season, but nothing else is the same. Where Jozi is around a mile above sea level, hot and very dry, Bangkok is at sea level, even hotter and extremely humid. Thailand is positively safe when compared to South Africa, but no harm in staying cautious when traveling anywhere abroad these days. When I get there, I'll give you a taste of what it's like.

Thailand has strict rules about criticising the government or royal family and it's not allowed in any way, any where, ever. You can end up in prison quickly, so as a blogger, I intend to stay completely respectful to Thai laws, customs and regulations. All my research indicates that the country is most welcoming and a cultural feast to outsiders. The cost of living is even cheaper than South Africa, but I'm told to buy my clothes and shoes in the UK because they don't cater for men my height.

After Thailand, what next? Well, who can plan ahead more than 3 years?

To take statins or not?

Five and a half years after surgery, my latest PSA result has come back again as 'undetectable'. Fantastic news! I can't decide whether to drop off to annual checks now or stick with the 6 monthly. A friend of mine, Simon, who is a year ahead of me from diagnosis, has gone on to annual checks as he says, "I will not let this rule my life". I don't know, need to think hard on this. It's still the same tension every 6 months, the build up to the blood test, waiting for the result, and then the weird few days after where you feel ecstatic but guilty that you can't make it happen for others too.

As we are heading out to live in Thailand for 3 years shortly, I had a complete blood test where they do everything. All else was completely fine, a clean bill of health, but the doctor did point to my cholesterol. At 4.7 it was down by about 1.5 on 3 years ago, a combination of Beverley's healthy cooking and a South African diet. After putting all my statistics into his online calculator, weight, height, smoker etc. he concluded that I had a 20 percent chance of a stroke or heart attack in the coming 10 years. That's low, I thought! "That's high", he said! Have you thought about going onto low dosage statins?" He said the UK population over 65 were downing these like smarties and highly recommended them. So now I have to research 'statins' and decide whether to take this little tablet every day for the rest of my life. I imagine being in a wheelchair, going back to see this doctor, drbbling  after my stroke, and him looking at me smugly, as if to say, "told you so"!

Here's an interesting article to start the ball rolling... 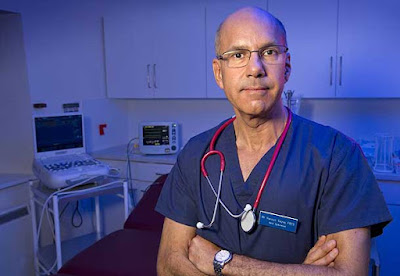 Dr Haroun Gajraj: "After looking more closely at the research, I’d concluded that statins were not going to save me from a heart attack and that my cholesterol levels were all but irrelevant."