April 18th today, 108th day without a drug that I'd become accustomed to since the age of 12. 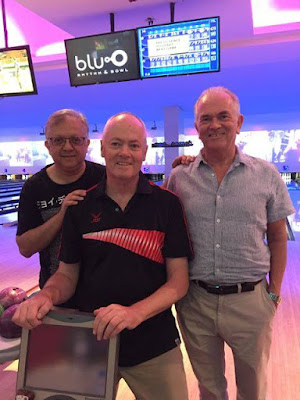 I was a regular drinker, never a drunk, just a guy who liked an occasional beer or glass of wine. But I had been curious for years as to what would happen if I just didn't drink alcohol anymore. What would it do to my mental/physical state? I knew it would save me money, but that wasn't the driver. I wanted to feel how a non-drinker felt.

To be fair, when I turned 65, I started to look at guys older than me who'd been caning the booze for years, and I didn't want to end up like that. My Grandad made it to 99 so I wanted to enjoy the next 34 years!

So how's it going? What difference has it made?

After a few weeks, I felt as though I was emerging from a cloud, a mental haze that I'd been stuck in for decades. But now, after months, I'm beginning to ask myself... Where am I in that cloud?
Am I near the outer edge yet, or does it carry on getting better and better? Am I yet at the point where I can feel what it's like to be a non-drinker? I really don't know!

My weight loss seemed to have stabilised, lost about a stone and a half, which I'm pleased with.

I dream a lot more, and they're a lot clearer, luckily no nightmares, just pleasant and weird stuff!

My memory recall has improved for sure, and I find learning new stuff a lot easier.

Probably the best bit, I don't think about it as often, the habit has worn off, and yes, it was a 'habit', developed over years.

I sleep so deeply now that I find waking up much harder, but once I'm there, the day feels great.

Will I ever drink alcohol again? Still not sure on that one! I'll finish this year off, and then at least I'll know what it's like to be a 'non-drinker', and if that's a place I want to stay.

If you're thinking of giving up alcohol, for a month, a year or maybe for good, here's a great support site https://www.oneyearnobeer.com

But first read https://thisnakedmind.com, because until you truly want to give up, it will not be possible.

Posted by Daniel Sencier at Tuesday, April 18, 2017 No comments:

PSA making a comeback? It should have never been downplayed!

David Mullen is a textbook case of a potentially life-saving medical test done badly.
Barely a blip of ill-health interrupted Mr Mullen's first 62 years before his GP suggested he start having yearly PSA tests, the blood test that measures levels of the prostate-specific antigen, an early warning marker for prostate cancer. 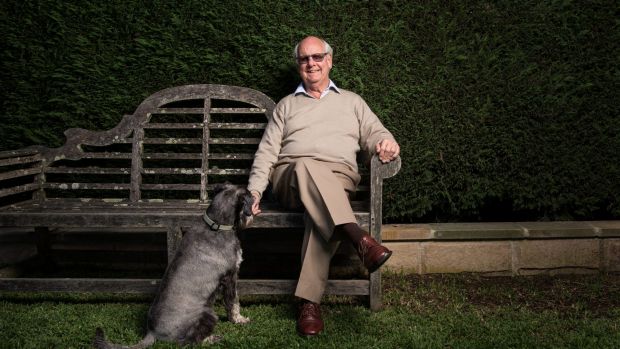 His PSA was low (3ng/mL) so he carried on having the yearly test. He didn't ask and he wasn't told his results until a cardiologist called him "with great alarm", Mr Mullen said. His PSA had shot up to 14.7ng/mL.
"I was stunned," Mr Mullen said. "It was such a rapid increase over only three or four years."
A biopsy confirmed he had prostate cancer and he underwent a radical prostatectomy.
"In less than a month I went from virtually no knowledge of prostate cancer to having the operation," Mr Mullen said.
More than two decades after the breakthrough test was first introduced it is universally acknowledged that PSA screening for prostate cancer has led to soaring rates of over-diagnosis, unnecessary biopsies, harmful over-treatment.
An estimated 20-40 per cent of the slow-growing cancers were detected in patients who would have likely died with the cancer rather than from it.
For every 1000 men aged 55-65 who had annual PSA tests, 87 would have a false positive result after an invasive biopsy, and 28 would experience side-effects including impotence and incontinence. Just two men will be saved from death as a result of screening.
But the blistering furore over the controversial test has pushed the pendulum too far in the other direction, US urologist Professor Stacy Loeb warned Sydney doctors last week.
Ignoring test results or abandoning screening altogether was a dangerous error that risked younger men developing aggressive prostate cancer and death, Professor Stacy Loeb said.
US projections suggested abandoning PSA screening would lead to twice the rate of metastatic prostate cancers and a 13-20 per cent rise in preventable prostate cancer deaths by 2025.
"We definitely made mistakes with PSA testing in the past, but we have made massive gains at every step of screening and treatment to preserve the benefits and reduce harms," she said.
Prostate cancer has a 95 per cent survival rate, but it was still the second biggest cancer killer among Australian men.
"You only have a small window for cure. When it's closed, it's closed for good," Professor Loeb said.
Her warning came days before the US Preventive Service Task Force wound back its watershed 2012 guidelines that recommended against PSA screening.
New draft guidelines now recommend doctors inform men aged 55-69 of the potential benefits and harms of PSA screening, and the decision should be an individual one.
The proposed guidelines were informed by new research showing small net reductions in mortality risk and metastatic disease linked ot screening.
The significant shift brings the US largely in line with Australian guidelines, which suggest men between 50 and 69 should be offered the opportunity to discuss the harms and benefits of PSA testing.
The Urological Society of Australia and New Zealand welcomed the draft guidelines, having long argued the old recommendations were flawed and harmful.
Prostate cancer surgeon at the Sydney Adventist Hospital and Professor of Surgery at the University of Sydney, Henry Woo said the new guidelines remedied the erroneous "one size fits all" approach to testing.
"We know PSA isn't a perfect test ... but the previous guidelines were a classic example of 'throwing the baby out with the bathwater'," Professor Woo said.
PSA should be used as a risk assessment tool, not a fast-track to surgery, he said.
When PSA screening was first introduced it was applied indiscriminately with little regard for an individual's risk profile, Professor Loeb said.
But testing for additional prostate cancer markers through blood, urine and tissue samples, and understanding patient risk profiles was helping doctors better identify which patients would likely benefit from treatment and who could forego it, she said.
MRI can reduce the number of men over-diagnosed with prostate cancer and improve the precision of biopsy to detect aggressive cancers, recent research suggests.
"Our precision in patient selection is getting better and better. We consider not only PSA, but the size of the prostate, are there nodules, family history of prostate cancer but and also other cancers" including the BRCA gene, Professor Loeb said.
There had also been an encouraging uptake of the watch-and-wait approach.
"A few years ago all our conference sessions were about surgical technique. Now there are multiple sessions on active surveillance, how to monitor patients and what kind of support they need around living with cancer," Professor Loeb said.
Associate Professor David Smith at the Cancer Council Australia said Australian doctors had been rigorously pursuing active surveillance for low-risk prostate cancer.
"Being told you've got cancer and not treating it is counter-intuitive for many people. It contradicts what we know about a lot of cancers, but for prostate cancer it can be a very rational treatment approach," Professor Smith said.
"It often comes down to patient choice. Screening men who are well-informed and who need it is what our challenge is," he said.
President of the Royal Australian College of General Practitioners, Bastian Seidel said doctors needed to move away from applying a blanket approach to screening and instead have a discussion with men about their individual risk.
"This is not about 'to screen or not to screen', but rather identifying the men most at risk," he said.