Do you live in New Zealand? 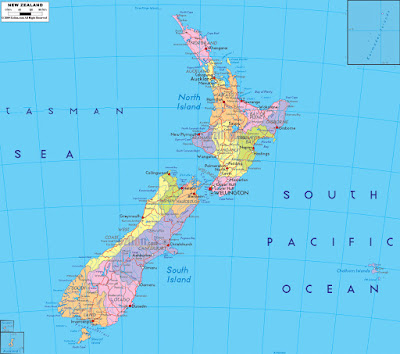 New Zealand is where we're heading this Christmas, and really looking forward to it. Only time to visit the North Island this time, do you live there?


Posted by Daniel Sencier at Wednesday, December 12, 2018 No comments:

The Milk Boy Who Became a Soldier

When they left school, everyone remembers their ‘first job.’ I bet you can? By the time I’d left in 1966, I’d done fruit picking, potato picking, shoplifting and had two paper rounds, though I didn’t get paid for all those!


My first real job was as a Co-op ‘Milk Boy.’ It was August 1966, and I’d left school in the July, aged fourteen and a half. England had just won the World Cup, and there was optimism around the country that I’ve hoped to, but never experienced since. I’d already applied to join the Army (see the world, learn a trade), and to the Australian Embassy to become a ‘£10 Pom’ but the real objective was to leave home as fast as possible, and I’d have fled with a travelling circus, such was the desire!

So, as I went for the interview that morning at the Co-op Milk Depot in Colchester, I knew it was temporary, but I had to convince them that this was indeed a career choice! I sailed through the 3-minute session, and the lady then gave me a math’s test paper. She went to get a pencil, but I spotted one on the windowsill, and when she returned I’d already completed all the questions. She was amazed, even more than my math’s teacher who’d always excluded me in mental arithmetic tests so as not to demoralise the rest.
Yes, I was in, but thanks to the math’s test, got offered a far better job as an apprentice in the Co-op Laboratories. It was twice as much money, more paid holidays, I could work indoors, wear smart clothes and get free dinner in the canteen, BUT I didn’t want a job for life, just a job until I could escape from Essex! I didn’t know what claustrophobia was, but I’d heard of people who were scared to stay inside, and this was the card I played, the card that led me to my alarm clock ringing at 2.30 a.m. the next Monday morning.

I’d never seen the clock at that time before, and when I looked from my bedroom window, the street lights were off, there was nobody to be seen! I dressed, threw cold water on my face, then crept from the house like a scared cat! My sister Jacqueline was only two, a ticking time bomb sleeping in my parent’s bedroom; if she woke, the whole house would! A 3-mile run (I ran everywhere) landed me at the depot, half an hour early. Wow! I’d seen milk floats on our street, but never this many, there must have been over a hundred! I was spotted quickly, the obvious ‘what the hell happens now’ face betraying me, and was taken over and introduced to Len; a lovely guy as it turned out. First, we had to check the stock put on the float by the night workers, making sure it tallied with Len’s book, a record of what each customer wanted. There were no calculators then, but there was me, and Len soon realised that he could forget his pencil and notepad, as he shouted string after string of numbers, and I just shouted back the total; he loved me! Twelve pence to the shilling, twenty shillings, ten florins, eight half-crowns or two ten-bob notes to the pound, and a guinea, a nice round twenty-one shillings; nothing easy in those days!

There were only a few different things on the packed float, mainly pints, half pints and third pints of milk, small jars of cream and bottles of orange juice, all which came in glass. The milk float was a relatively new thing, batteries the size of suitcases but drove along almost silently. However, you couldn’t appreciate that silence because with all that glass in metal crates, rattling along the bumpy road, you could hear us coming from three streets way; it was deafening!
By 4 am we were out on the delivery, and Len would make up the hand crates, about three houses at a time. He’d shout what to drop on each step, then off I’d go. Trouble was, every time you got to a step there was a note, ‘one extra pint’ ‘no milk today’ ‘don’t walk on my grass,’ it was as if they were all compelled to say something! I first witnessed why Len was a lovely guy when one morning he said, “Stop! Stand very still and look away from the float, Mrs. Jackson’s coming for her milk.” From the corner of my eye, I watched as this frail old lady sneaked from behind the hedge, tiptoed to our float in her slippers, and helped herself to half a pint. “But she’s nicked it,” I said. “It’s OK,” Len said, “I put it down as a breakage, she lost her husband last year and went a bit batty. What should I do, call the police?” He laughed, and we moved on.

As we walked up East Hill, Len told me he’d seen almost everything imaginable in his thirty years with the dairy. He’d bagged burglars coming out of houses, helped put fires out, saved a guy who’d had a heart attack and delivered two babies! “You wouldn’t see that much action if you joined the army,” he joked, as I blushed. At the end of the street, we looked back at the float, and Len seemed sad. “You know son, when I had Dobbin, I used to just whistle, and he’d trot along with the milk cart, he saved me a lot of walking, but that said, I suppose I’m fitter now.” Of course, I’d seen the horses only a few years before and knew what he meant. The coalman, rag-and-bone man, undertakers, everybody who carried anything bigger than a letter seemed to have a horse. “What happened to them all Len?” I asked. “They all ended up at the glue factory son, every one of them, young and old.” I guess at the time I was trying to imagine how you turn a horse into glue, would they be sticky enough? Who could possibly need that much glue anyway, but Len said it was called ‘progress,’ and we left it at that. 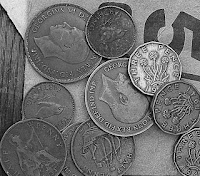 As the days turned to weeks, I got into the routine, and Len especially liked me on Fridays, because that’s when he collected the money. He would get his scruffy old book out,” Two pints, one cream, one juice and sixpence owing from last week,” to which I’d shout out, “Two and tuppence Len.” He’d knock on the door, the lady would pay, then he’d often show me off by making me calculate any obscure thing he could think of in front of her; it was fun, and for the first time in my life, I felt rather important. Friday was also pay day, and that little brown packet with fifteen shillings and sixpence in was a bag of gold to me. Over six weeks pocket money in one go! Looking back, I’ve never felt that wealthy since!

Very often, especially after 7 am, housewives would have tea and even biscuits waiting for us. We’d sit around the kitchen table, the grown-ups all dragging the last sliver of goodness from their cigs as I put my sugar in. “Three sugars!” they’d often shout, “It’ll rot your teeth.” I’d never drunk as much tea and was always needing to sneak into bushes for a wee! One lady, Val used to insist that Len had his tea upstairs because she wanted him to help her “lift some heavy things” in the bedroom. I had to look after her cat, who she said ‘got scared’ if it was left alone. Looking back years later, I can laugh and still see how happy Len was after all that lifting. Maybe it was a ‘perk of the job,’ everyone’s job had perks back then. The coalman got free coal, the dockers seemed to get free everything, the civilian workers at the Army stores dressed their entire family, rather conspicuously I thought! So, on Fridays, Len and I helped ourselves to a few bottles each, which he recorded as ‘breakages,’ and everyone was happy. 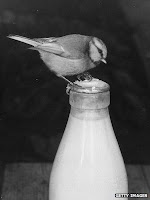 Winter soon arrived and getting up at 3 am with an inch of ice on the inside of the bedroom window and a foot of snow outside was a whole new game for the ‘Milk Boy.’ Our hands were so cold that we lost all feeling, and the chilblains were terrible, but still, we managed to have fun, though Len seemed to go through three times as many fags. Customers were complaining that the birds had pecked through the foil caps and drank the cream from their milk, others moaning that the milk and cream were frozen. What could we do? I was delighted that the birds were so clever, and at the posh looking houses, I’d pop my frozen little finger through the foil to give them a head start!

A big day at the depot was the introduction of ‘Yoghurt,’ and we were given a tasting sample because they were going to turn us into ‘salesmen.’ After one spoonful, Len and I looked at each other and grimaced; it was like sour milk, we knew it would never catch on! It came in four flavours and in ‘plastic tubs,’ and they would never replace glass! On my very first yoghurt delivery, on the way across the slippery path I went flying, and out popped six plastic tubs like mini-missiles. I thought, ‘thank God they’re not glass,’ until they hit the ground, the lids popped off and I’d painted a ‘Jackson Pollock’ in the snow. I shouted to Len, “Have we anymore Yoghurts?” to which he yelled back, “No son, why?” I paused, “It’s OK!” I then had to make sure it really was OK. There was a rusty spoon by the frozen fish pond; I remember seeing the fish still alive and moving under the ice, how bizarre! I scooped a mixture of yoghurt, snow, and perhaps a little muck, equal amounts to each tub, then pressed the lids back. Then I broke the thin ice on the pond, washing each carton in turn, drying them on my shirt tail. As I ran back to the float, Len said, “You were a long time?” “Needed a wee Len,” I said, more than relieved! That Friday, Len asked the lady at that house if she’d liked those new yoghurt things. I went red; it was a sure giveaway, I’m dead! “They were delicious, thank you,” she said, “Not sure about the flavours though. Did they have nuts in?”

Before I knew it my time with Len was nearing an end, and I never would see him again. The Army wanted to interview me, and the Australian Embassy had offered me a ‘£10 Pom’ position, but I’d have to wait a further six months to sail. So, the British Army it was! The Milk Boy became a Soldier on 9th May 1967 and still smiles when he sees yoghurt, and enjoys it occasionally!
Posted by Daniel Sencier at Monday, December 10, 2018 No comments: