Here's the Facebook link to our new e-learning company, e-perceptum Ltd. Please 'like' if you do. The website is near completion and we'll link that here in the next few days.

Are your school governors fit for purpose?

Continue reading the main story
A campaign to improve the quality and number of school governors has been launched by a group of school leaders, employers and governors' organisations.


The Inspiring Governors Alliance wants to encourage more "high-calibre people" to volunteer.
A report found many schools in England - often in deprived areas - struggle to recruit governors, while bodies did not always represent the "wider community".
Education Secretary Michael Gove said the "school system is in their hands."
The recruitment drive is supported by the ASCL and NAHT head teachers' organisations, the National Governors' Association, the CBI employers group and the Department for Education and the Department for Business, Innovation and Skills.
Under scrutiny
There are 350,000 governors in England - volunteers who have a major role in overseeing £46bn of school spending.
The Inspiring Governors Alliance says that the expertise provided by governors to the school system has the value of £1bn per year.
But the accompanying report says that recruiting can be difficult in the disadvantaged areas where effective governors are most needed.
Governors in England are responsible for holding schools to account for their academic performance, overseeing school finances and ensuring the ethos and "strategic direction".
However, the role of governors has been put under scrutiny with the so-called "Trojan Horse" allegations in Birmingham, where there are claims that hardline Muslim groups have sought to gain influence over school governing bodies.
Birmingham City Council has frozen the recruitment of governors while the allegations are investigated. 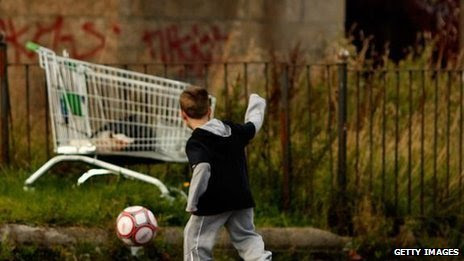 It can be harder to recruit governors in disadvantaged areas
There have also been questions about governors' scrutiny of spending in academy chains.
A study from Prof Chris James at the University of Bath, also launched on Thursday, provides the biggest profile of the current state of school governing bodies, based on a survey of about 7,700 governors in all types of state school.
The study shows that governors are overwhelmingly likely to be white - 96% - with little difference between wealthy and poor areas or between urban and rural schools.
They are also likely to be middle class. A large majority of governors are in professional or managerial jobs - and that those who are retired are likely to have been in such professional careers.
About a third of governors are not working, usually because they are retired.
This means that governing bodies are often not representative of the local communities served by a school - and this could be a weakness when appointing a head teacher.
Time off work
The report says governing bodies can have problems recruiting new members - with many saying there were shortages of people from the "wider community" wanting to become governors, as well as shortages of parent and teacher governors.
To encourage more people to come forward, governors say that there needs to be a clearer public recognition of their value.
"Employers have a role too in making it easier for their employees to be involved. What is very clear from our research is that recruiting governors can be very difficult and we need more volunteers with the right qualities," says Prof James.
About a quarter of governors who had jobs said they were allowed to take paid time off - with one in 20 not allowed any time off by their employers.
The typical amount of time spent on school governance was between four and 16 hours per month.
Introducing the report, Nick Chambers, director of the Education and Employers Taskforce, said it acknowledged "the work of hundreds of thousands of individuals who volunteer their time, free of charge, to provide leadership and accountability within our schools".
He said there should now be "a new call to action to make it as easy as possible for all schools to find people, willing and able, to strengthen governing bodies across the country".
"There has never been a more important time to be a governor," said Mr Gove.
The education secretary has previously criticised governors who were "local worthies who see being a governor as a badge of status not a job of work".
Neil Carberry, the CBI's director for employment and skills, said: "There's no better or more strategic way for business to support and influence the education system and our future workforce than through school governance."
Posted by Daniel Sencier at Thursday, May 15, 2014 No comments:

Already had the 3 year 'all clear' back in November so now it's the 3 and a half year check and the first one I'm having outside the UK. 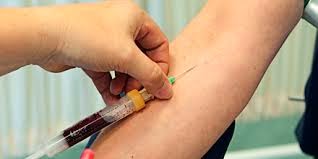 PSA blood test UK…
You phone the surgery and make an appointment with the nurse, usually about a week ahead. You arrive at the surgery and are usually still sitting there an hour after your due appointment. When the blood has been taken they tell you to phone in about 3 days. You phone and it's rarely ready so you phone again and maybe again. Finally they tell you (hopefully) it's all clear.

PSA blood test South Africa…
I walked into the surgery today and asked if I could make an appointment to have a PSA blood test. The nurse said yes, come in and I'll do it now. What? As soon as I'd had it done a doctor came to see me, asked for my mobile number and said he'd call me tomorrow with the result!

There's a 92% chance at this stage that it will be still all clear, but the tension is always the same waiting for that result, and I guess it always will be.

Paul, I hope your PSA's are still undetectable and with a Gleason 6 you only have a 5% chance of recurrence.

Andre, keep going for these tests every year, don't get complacent and think it will never happen to you.