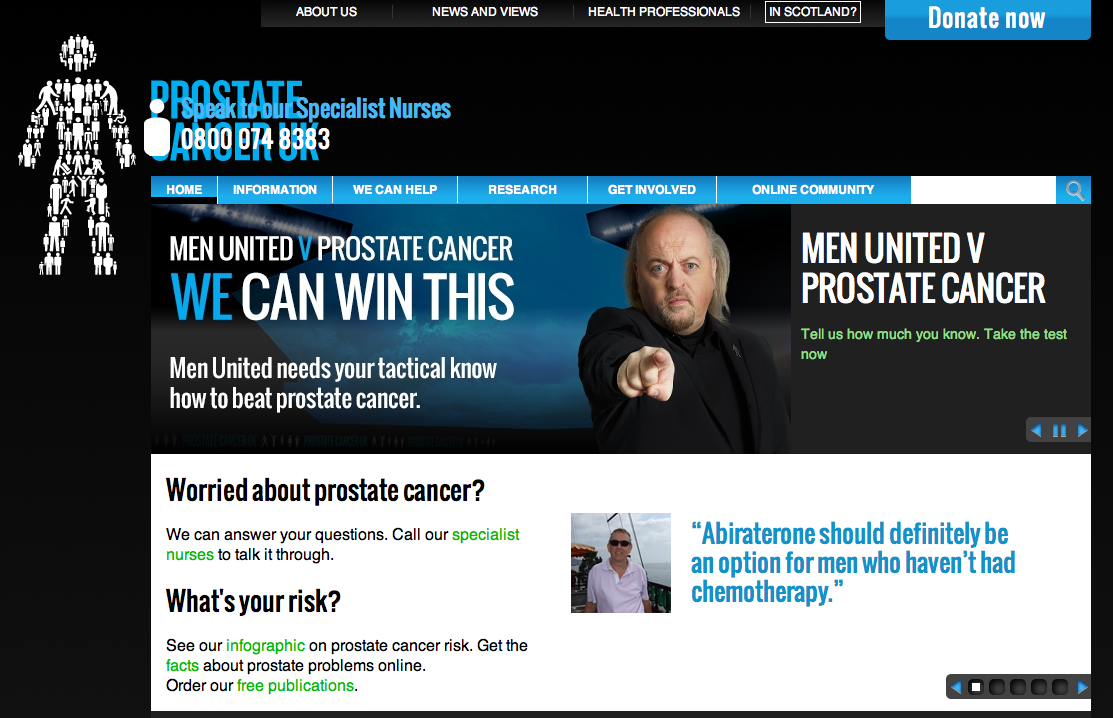 Visit the 'Prostate Cancer- UK' website. You'll find just about everything you need to know, and you can even do 'live- chat' with specialist nurses.
CLICK HERE

Androgen Deprivation Therapy, all you need to know... 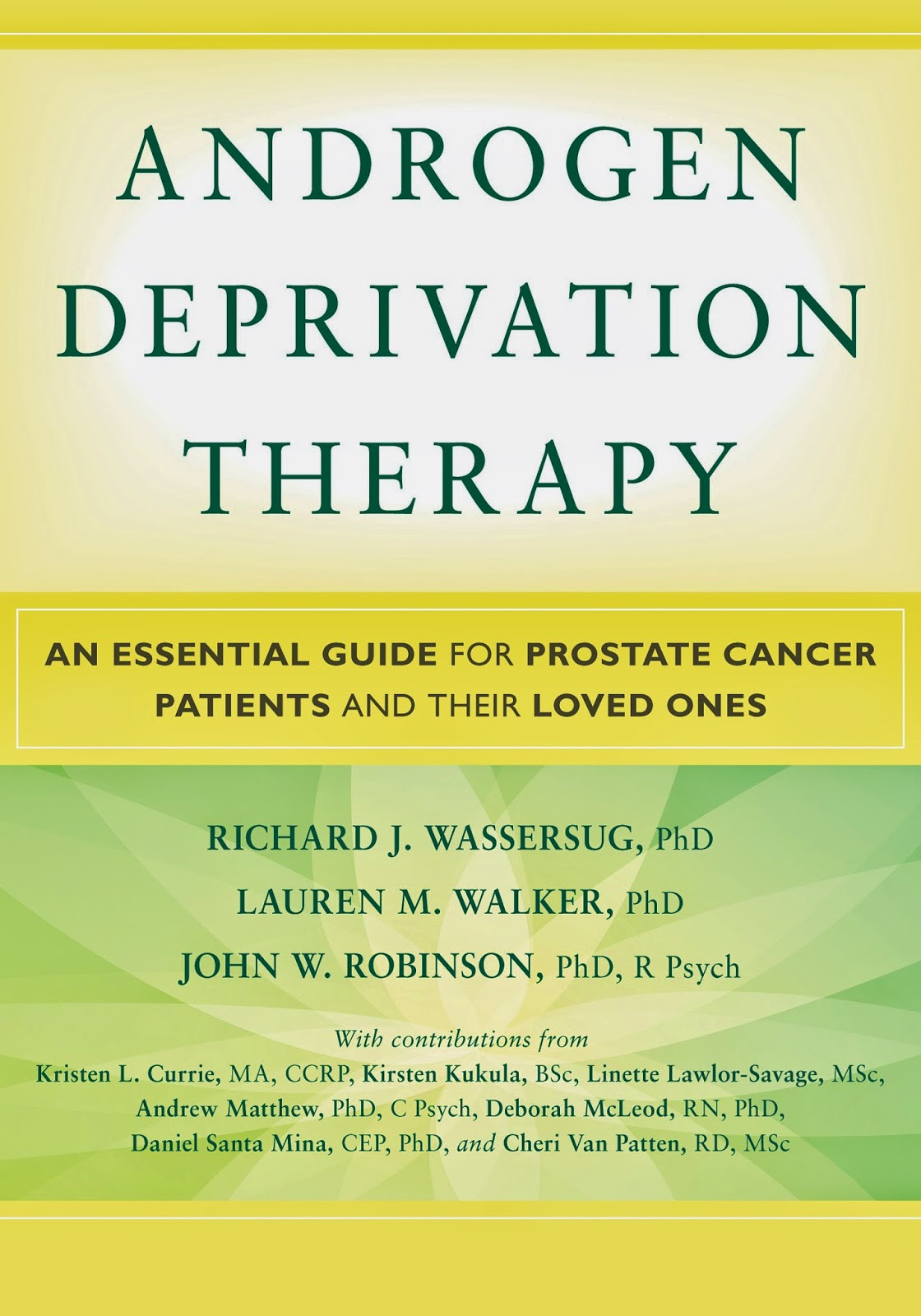 Having reviewed this book I found it amazingly helpful and full of sound, practical advise.
If you want a copy please contact Lucy (details above)

Posted by Daniel Sencier at Saturday, July 26, 2014 No comments:

I am now a 'temporary resident' of South Africa... 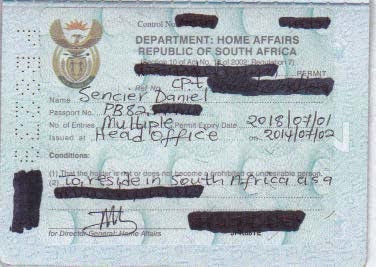 Proud to say that I am now a 'temporary resident' of this amazing country, which means I can live here for up to 4 years and come and go as I please. I have all the rights of a permanent resident, except I can't vote! Also, I can now apply for permanent residency. Wish I'd done that when I was 15, but things were very different here then. 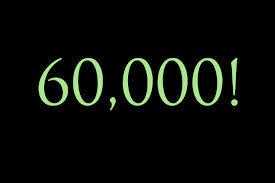 Today, Tuesday 15th July 2014 this blog made 60,000 hits!!!! Thank you from all around the world, and I hope this will be a place that you can come back to and feel comfortable with in the future.
"Stop acting as if life is a rehearsal. Live this day as if it were your last. The past is over and gone. The future is not guaranteed".
Who said that?

If you are diagnosed with Prostate Cancer in Cumbria 2014...

North Cumbria University Hospital's Trust has just been inspected and it's not a good read. See full report here REPORT 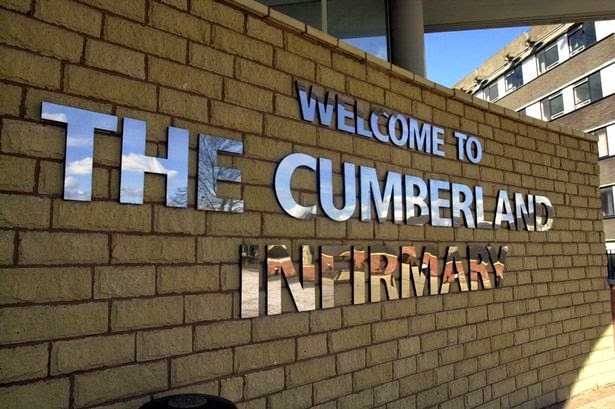 It ranked very well on 'caring', but caring isn't enough when you might have something life threatening.

So, what if you are diagnosed with prostate cancer in 2014 and you live in Cumbria.
The message is still the same as when I was diagnosed in June 2010 at the Cumberland Infirmary by Mr Bashir. Get the hell out of there!

You are allowed to go to any hospital in the UK for treatment but you should research well before making that choice. I went to Addenbrookes, undoubtedly one of the finest specialist hospitals in this field. 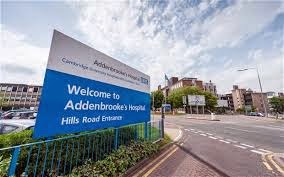 There are others in London, Birmingham and Manchester, but do your homework as your life expectancy could depend on it.

Be careful when asking your own doctor for advise, they are highly unlikely to recommend you leave the local trust for treatment. They have a vested interest in supporting their colleagues, often friends at the local hospitals.

If in doubt, please contact me and I'll talk you through this. It's when you are first diagnosed that you are most vulnerable, but it's also the time you have to make crucial decisions.

Links to Han, Partin and other risk calculators...

The Han tables correlate the three common factors known about a man’s prostate cancer, PSA level, Gleason score, and clinical stage (or pathological stage). While The Partin Tables are used to predict pathological stage, the Han Tables are used to predict the probability of prostate cancer recurrence up to 10 years following surgery. Based on the result of the probability of recurrence, men and their doctors can decide the best course of treatment after surgery.

The Partin tables use clinical features of prostate cancer - Gleason score, serum PSA and clinical stage - to predict whether the tumour will be confined to the prostate. The tables are based on the accumulated experience of urologists performing radical prostectomy at the James Buchanan Brady Urological Institute. For decades, urologists around the world have relied on the tables for counselling patients preoperatively and for surgical planning.

Posted by Daniel Sencier at Thursday, July 10, 2014 No comments:

Abiraterone can give prostate cancer sufferers years of relief before chemo


Abiraterone can give prostate cancer sufferers years of relief before chemo.

The rationing watchdog Nice is poised to make a ‘bizarre’ decision that would needlessly condemn men to hair loss and other unpleasant side effects from chemotherapy, it is claimed.
The drug abiraterone can give men with advanced prostate cancer months or even years of relief before they need chemotherapy, but Nice insists chemo must be used first.
More than 3,000 men benefited from the drug last year via the Cancer Drugs Fund in England, special funding used for medication not approved for routine NHS use.
It was the second most-requested treatment – around one in six total requests – and they were all for use prior to chemotherapy.
Paul Burstow, a Liberal Democrat MP, said the Department of Health must step in to halt the plan.
The ex-Minister of State in the Department of Health himself intervened when he was in charge two years ago after Nice threatened not to allow the drug to be used at all.
As a result Nice did a U-turn and doctors were allowed to give the drug on the NHS after chemo.
But advances mean it could now be used earlier in treatment with men having fewer side effects and improved quality of life before needing chemotherapy.
The National Institute of Health and Care Excellence (Nice) says the drug would not be cost-effective at this stage of treatment.
Mr Burstow said ‘The idea of restricting the drug so men have to have chemotherapy first, when their hair may fall out and they suffer other side effects, seems bizarre.
‘There is no reason why this drug could not be assessed in the same way as before, giving men added quality of life towards the end of their life.’ 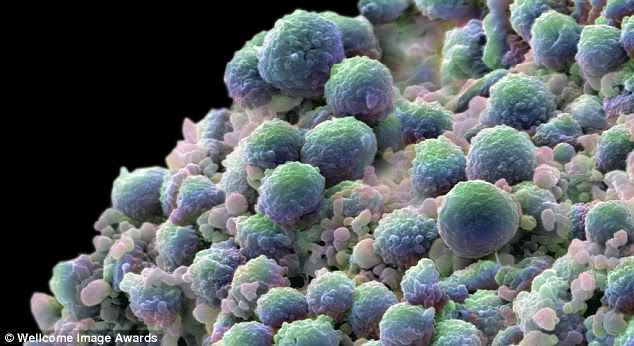 He has written to the current health minister Jane Ellison urging her to act as he did in 2012 to prevent the ban as there would be guarantee it would remain available to patients before chemo and some might not get it all.
Campaigners say the latest plan is stark evidence of the neglect of sufferers from a disease that strikes 40,000 British men each year.
Some Britons have survived on abiraterone for almost five years.
The official price of a month’s treatment is £3,000 but the NHS pays less through a discount scheme from manufacturer Janssen.
Cancer Research UK says the plan makes no sense as the drug is likely to be more effective before chemotherapy.
Abiraterone, also known as Zytiga, was developed by British scientists.

'He experienced none of the weariness and fatigue that he had with other medications.

Professor Paul Workman, Deputy Chief Executive of The Institute of Cancer Research, London, where the drug was developed, said: ‘Abiraterone is now used as standard after chemotherapy and has extended the lives of thousands of men in the UK with advanced prostate cancer, with fewer side-effects than chemotherapy.
‘The decision to refuse use of abiraterone before chemotherapy will deny many thousands of men the opportunity to access the drug earlier in their course of treatment.’
Christine Emerson, 61, who lives with her 66-year-old husband Terry in north-west London, says he was fortunate in getting the drug for eight months before he needed chemotherapy.
She said ‘It gave him a good quality of life with no side effects at all. It has given him further quality time with his family.
‘He experienced none of the weariness and fatigue that he had with other medications.
‘Abiraterone allowed my husband to live an independent life and it delayed the use of doxetaxel chemotherapy.
‘Once that failed, the tumour in his spine progressed and he is now confined to a wheelchair and also has the debilitating effects of the chemotherapy treatment.’
In 2012, Nice attempted to ban the use of abiraterone altogether but was forced into a U-turn after a public outcry and a rare intervention from the Department of Health.
Owen Sharp, Chief Executive of Prostate Cancer UK said ‘It is no secret that we think it deplorable that abiraterone pre-chemotherapy could be denied for use on the NHS in England and Wales.
‘We know first hand from those who have been able to access abiraterone through the cancer drugs fund for use in this way, that it can offer a vital chance to delay chemotherapy and the debilitating side effects which can come with it.
‘We have urged Janssen and NICE to work together to do everything in their power to make this vital treatment available as soon as possible for all who need it. We welcome any intervention which could lead to the right decision being made for men.’
A Department of Health spokesperson said ‘Abiraterone is already available through our Cancer Drugs Fund to prostate cancer patients.’ 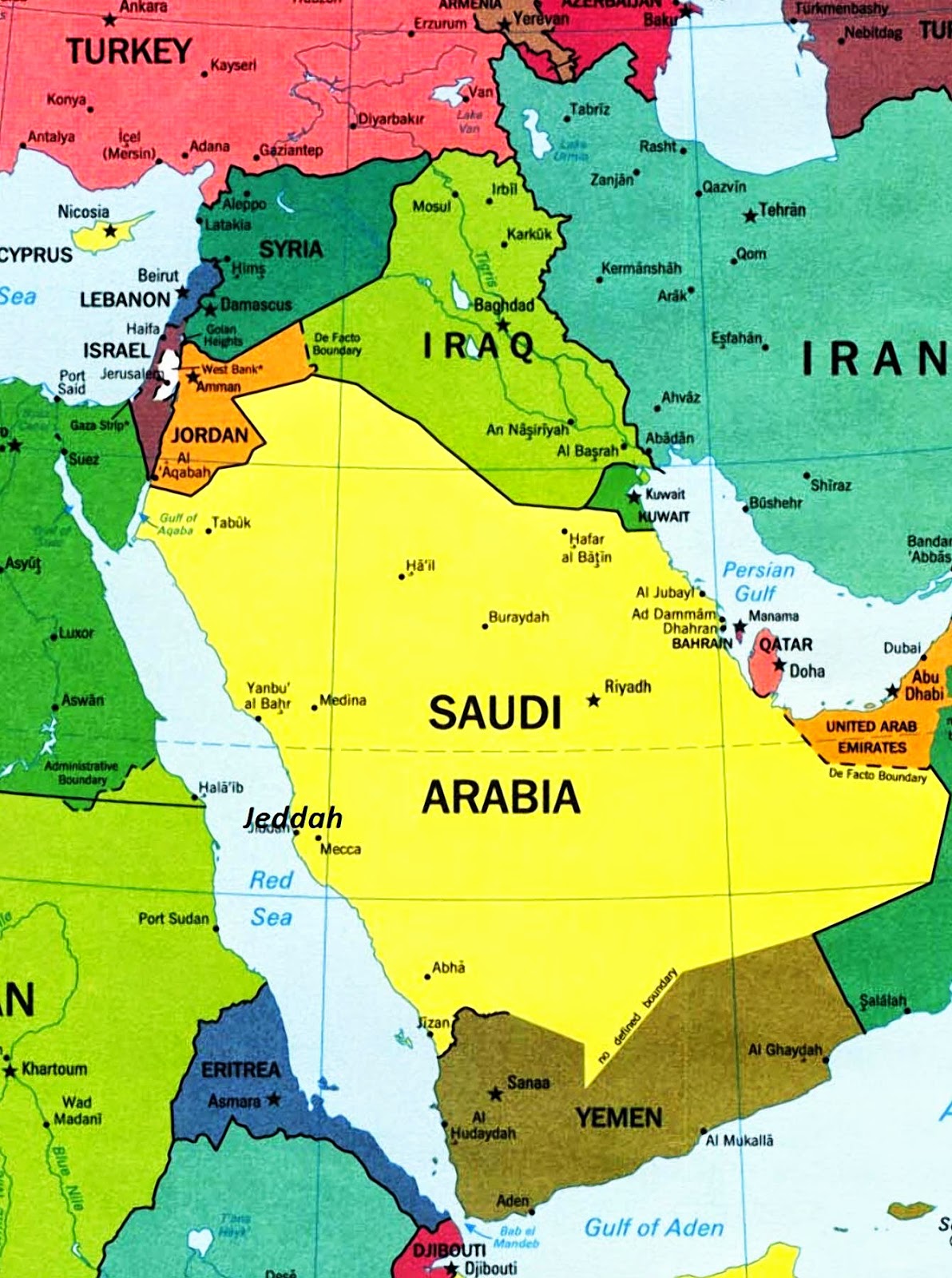 I get hits on this blog from all around the world, from China to Mexico, New Zealand to Canada. In the early days, the UK was always top by far, followed by the USA. Until recently, my top weekly hits have always been the USA, closely followed by the UK, then a constantly changing raft of other countries.
However, I'm surprised by changes to the statistics in the past month, which has seen a dramatic surge in hits from Saudi Arabia; 44 in just the past week.
If you are one of those hits, please get in touch as I am extremely curious.