It's been a while since I put this link up, but whatever stage you're at on your journey, it is so worth a visit...

YANA (You are not alone)

Posted by Daniel Sencier at Wednesday, October 31, 2012 No comments:

3rd year has started now, the final year of my degree course and I hopefully graduate in July! This year is tough because it's all 'do it yourself' with very little time at the University, you are more likely to be out in the countryside or stuck in the attic writing. I've just handed my 'Cornwall Project' in, my first attempt at an interactive pdf, using 'Indesign'. Hey, I didn't even know what that was until a couple of months ago! Now we've all started on our final piece, mine being the Uplands for Juniper project with the Cumbrian Wildlife Trust, combined with a yet to be decided travel writing module. Any ideas?

One month still to go for my 2 yearly PSA test! My friend down south, Bazza wasn't so lucky with his, but has had radiotherapy since and I'm hoping it's going to be all good news there. All the others that I know, including Andrew are still all clear, so there's good times ahead. My army friend Roy who lives in Scotland, joined the same day as me in 1967, we share the same birthday, was diagnosed in August and is deciding whether to opt for surgery or radiotherapy. When I look at others from the forum though who I have been in regular touch with over the years, we have lost some amazingly brave men recently. 'Old Al' who was only in his early 50's, inspirational to the end, even when his PSA went over 7,000. Phil, one of the nicest guys I've ever met, and the list seems to go on.

I was asked in one interview by a student journalist, "did cancer draw your family closer together?" I had to answer, "No". It has drawn Beverley and I much closer together, but it stopped there really; even drove some of them further away :-)

Nick Federico, a great friend of mine from about 1978 to 1988 contacted me through Facebook this week, just can't wait to meet up. Facebook is great in so many ways, and yes, there are down sides but on the whole it's been magic for me.

Did you see the new Alternative to PSA testing which has been developed by Professor Neil at Addenbrookes where I had my treatment. What do you think? Would make sense if so many men could have an alternative choice to surgery, knowing whether their cancer was likely to kill them.

So it's nearly the 5th November which is just as well, because at this time of year you can legally handle gunpowder and ignite it! As part of my Juniper project I need to film some gunpowder being used, so what better than to break open a whole pile of fireworks and play with the contents. Probably health and safety issues there, but it was fun in the 60's, so what's changed!

Look at this beauty that was on our kitchen window waiting for a meal a few nights ago…if you zoom in you can see it's a boy :-) 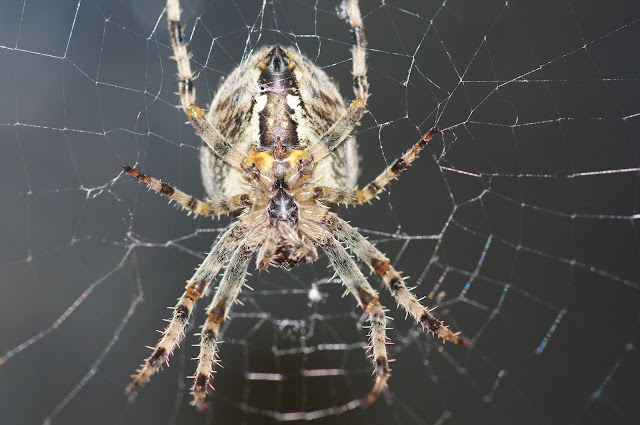 Posted by Daniel Sencier at Wednesday, October 24, 2012 No comments: