Is there a link between prostate cancer and genetic testing? 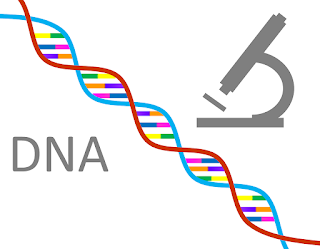 More than 164,000 cases of prostate cancer are diagnosed in the United States each year, according to the American Cancer Society. Four out of five cases are localized to the prostate, and the five-year survival rate for those patients is 100%. The survival rate is equally high when cancer spreads to nearby areas of the body. But when the disease metastasizes to lymph nodes, bone or distant organs, the five-year survival rate drops to approximately 29%.
Almost everyone is aware of the BRCA1/2 gene mutation and its linkage with increased risk for breast and ovarian cancer. But we now understand the BRCA mutations also can be linked with aggressive prostate cancer. Men who have these mutations in their DNA are known as germline mutations. Men who have BRCA1 mutation have up to four times greater risk of developing prostate cancer and those with BRCA2 have up to nine-fold higher risk. BRCA2 mutations have been associated with the more aggressive forms of the disease and an earlier diagnosis -- meaning diagnosed at age 55 or younger.
The current standard of care for metastatic prostate cancer is the same for all men, regardless of BRCA status. The first step is to figure out whether cancer responds to treatments which reduce the levels of testosterone in the body (castration sensitive) or whether it is resistant to this treatment (castration-resistant).
Men with castration-sensitive prostate cancer are treated with testosterone suppression known as androgen deprivation therapy. The tumours will respond for many years, but will at some point, become castration-resistant. The patients will then experience a rise in PSA, scans may show new areas of metastasis or patients may develop new cancer symptoms. Other treatments may be added, such as chemotherapy and/or radiation. Surgical removal of the prostate is also a treatment option for men with castration-sensitive or resistant cancer that has not yet spread.
A growing number of oncology clinics are genomic testing to guide treatment in men whose cancer has been castration-resistant. Previously, genetic testing was offered to prostate cancer patients of Ashkenazi Jewish descent for a family history of breast or ovarian cancer, but now consideration should be given to test all castration-resistant patients for therapeutic benefit, along with considerations for family members.
There is a treatment called PARP inhibitor that has been used successfully to treat ovarian and breast cancer patients with BRCA2 mutations because it blocks an enzyme which cells need to repair their DNA. The presence of a BRCA gene mutation, plus a PARP inhibitor, creates “synthetic lethality” and causes the cells to die.
Genetic testing is still rare in the treatment of prostate cancer.
Healthy men from families with histories of breast and ovarian cancer could benefit from knowing their BRCA status, which will help their physician design a surveillance plan to detect prostate cancer early. PAA testing has been controversial because it sometimes detects tumours that don’t need to be treated, and this may lead to unnecessary medical intervention. But because BRCA1 and BRCA2 mutations have been associated with the most aggressive, fastest-moving forms of prostate cancer, an abnormal PSA result in a man with one of those mutations might be taken more seriously.
Men who carry BRCA mutations might also face a higher risk of other cancers, including breast cancer, pancreatic cancer and melanoma. Patients can talk to their doctors as to how to screen for these cancers.
By Dr Monica Rocco

Prostate cancer cells change the behaviour of other cells

Prostate cancer cells change the behaviour of other cells around them, including normal cells, by 'spitting out' a protein from their nucleus, new research has found. 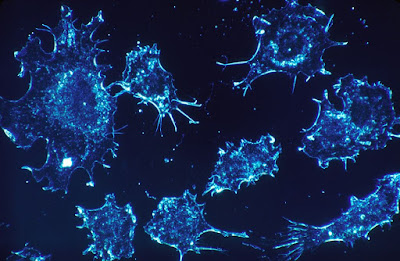 The tiny pieces of protein are taken up by the other cells, provoking changes that promote tumour growth and -- the researchers believe -- help the cancer hide from the body's immune system.
The process has been captured for the first time on video (https://youtu.be/Ye4t9IJpRdo) by researchers at the University of Bradford and University of Surrey. The research is published today [26 March] in Scientific Reports.
Lead researcher, Professor Richard Morgan from the University of Bradford, said: "For tumours to survive, grow bigger and spread they need to control the behaviour of cancer cells and the normal cells around them and we've found a means by which they do this. Blocking this process could be a potential target for future cancer therapy."
The research focused on a protein called EN2 that has a role in early development of the brain but has also been found at high levels in many types of cancer cells.
The team highlighted the protein using a green florescent tag. The researchers then studied its activity in human prostate cancer cells, normal prostate cells and in bladder cancer, melanoma and leukemia cells. They found that both cancer and normal cells took up the protein from other cells.
They also did time lapse photography of prostate cancer cells, taking pictures every five minutes for 24 hours. The resulting video shows the cells eject small parts of themselves containing the green florescent protein that are then taken up by otherwise dormant cancer cells, causing them to reactivate, changing shape or fusing together.
Professor Morgan explains: "We think this is significant because cell fusion in cancer is relatively unusual and is associated with very aggressive disease. It can lead to new and unpredictable hybrid cells that are frequently better at spreading to different sites and surviving chemotherapy and radiotherapy."
Molecular analysis of the normal prostate cells showed that take up of EN2 caused them to express a gene called MX2 that generates an anti-viral response.
"We believe the cancer is trying to minimise the chances of the cells around it being infected by a virus, to avoid scrutiny by the immune system," says Professor Morgan.
"This could undermine the effectiveness of immunotherapy treatments, which try to use viruses to kill cancer by stimulating the immune system to attack it."
The researchers were also surprised to find the EN2 protein in the cell membrane as well as in the nucleus -- which is very unusual for this type of protein. This provides an opportunity to block its action, and the team were able to identify that part of the protein that was accessible at the cell surface to be a potential target for treatment.
Hardev Pandha, Professor of Medical Oncology at the University of Surrey, says: "This work follows on from earlier studies at Surrey where detection of EN2 in urine, after secretion from prostate cancer cells, was shown to be a robust diagnostic biomarker of prostate cancer. The more we learn about prostate cancer the more that can be done to identify and treat this devastating disease."
Source: University of Bradford, UK (March 2019)
Posted by Daniel Sencier at Monday, April 01, 2019 No comments: