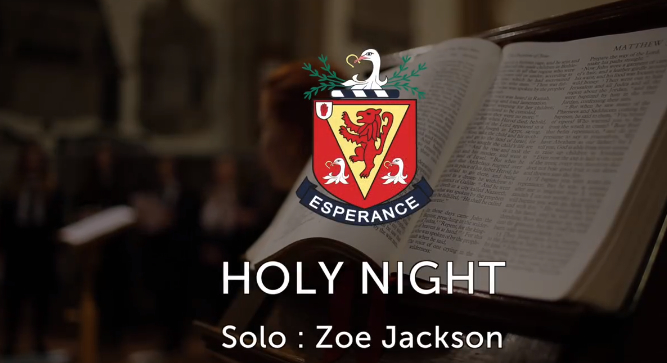 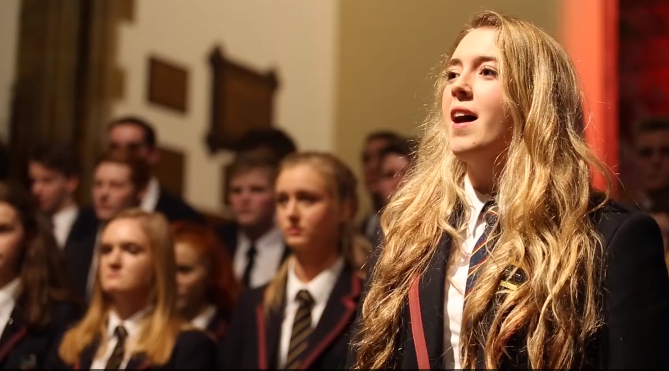 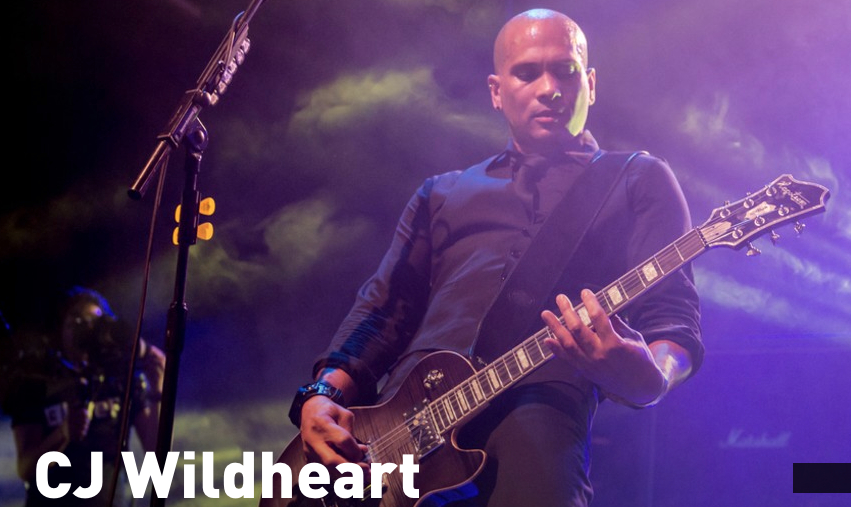 What a way to end the year with some great news. My son in law CJ has just seen his new album voted 2nd best of 2014!!! I know he worked hard on this for many months and luckily finished it before he became a Dad, because I guess the next piece of work may take a little longer. 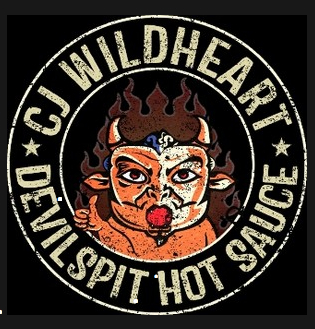 If you haven't tried CJ's Devilspit Hot Sauce yet then here's a link to the online shop...
http://cjwildheart.bigcartel.com/category/hot-sauce

It's hot on the way down and the after burn will flip you over! For real men and hairy women only! Keep locked in a safe place at all times!


Posted by Daniel Sencier at Wednesday, December 17, 2014 No comments:

I think it's amazing, but I'm comparing it to a time where you had real, not just virtual friends, and the only way to keep those friends was to meet up, or at least phone regularly. I've moved on so many times that without Facebook I guess I would have no friends. 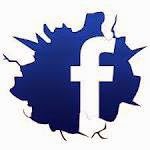 Some of my friends on Facebook, I've never met, yet enjoy the interaction with them enormously. It helped me hook up with people who I knew as far back as childhood, and even though we don't talk much after our initial contact, it's nice to see them still there. Same with old work and army colleagues, and people who I may have only met once on the other side of the world, without Facebook I would never have stayed in touch.

Having kids, it's helped me to stay in touch with what's going on in their lives as none of us are geographically close anymore. Between Facebook and Skype we have stayed tight as a family, and it's just great! Would be nice to live closer to them all one day, especially as my 3 grandchildren grow up.

I worry about the 'watchers' on Facebook, those that are friends but never, ever comment or 'like' anything you put up. I also worry about people who feel they can't use their real name, though my partner Beverley has a very good reason being a teacher. ALL her pupils would send her friends requests, and that's a bridge too far.

People sometimes lay their hearts out on Facebook, and it gives others a chance to jump in with support. I was sent a private message a while back by someone who said, "It's good to know you're always there if I need to talk Dan". Others have been there for me at desperately hard times. This can only be good, surely?

When you send someone a 'Friends Request' and they turn you down, how bad do you feel? Maybe you liked them, but they weren't as keen on you.

When someone 'de-friends' you, are you devastated? Someone did to me recently just because we disagreed on something. I dared to have a different opinion and his macho image wouldn't allow that! My favourite friends on Facebook are those who I can have a good debate with, without falling out.

When it's your birthday, do you find yourself looking closely at who sent you well wishes? Not one member of my entire family of in-laws acknowledged my birthday on Facebook this year. Should I worry that I'm not loved :-)? I always try but I must miss more than I remember. I reckon if a 3rd of your 'friends' say happy birthday, you've done well.

I laugh at people who have some +2,500 friends. In your dreams! I've got 184 and I've just counted 11 that I've never met, mainly people I've befriended on cancer support sites.

I love all the political and wildlife groups that I can keep up with on Facebook. You can also get a more balanced view of the news without the influence of the totally biased BBC, because there is stuff going on in the world right now that is simply not reported. I can follow people who I like/admire and join lobbying groups such as '38 degrees' who can influence our government, because alone, we can't. I'm even in a group called, 'Babies born at Queen Charlottes Hospital'.

Saves a fortune on birthday and christmas cards and even tells me when your birthday is. If I've got news to tell, you all get to hear at the same time. If you talk about things like cats, soaps or put photos of your grandchildren up all the time, I probably don't follow you, so I don't see you on my timeline, but it doesn't mean I don't like you :-)

I never got into Twitter in the same way, I guess I never really understood it. But yes, Facebook does it for me, and I'm glad it's around. As I travel the world now, I can take you all with me!

Posted by Daniel Sencier at Tuesday, December 16, 2014 No comments:

If you agree, please sign the petition at the end of this article...

It seems the Conservatives cannot wait to betray their most loyal voting group. If you are a pensioner – beware!
The Department for Work and Pensions appears to be planning to delete the cold weather payment from its chequebook, along with free bus passes and free TV licences.
We already know that the age at which the state pension will be paid is rising, meaning people will have to continue working for longer before they qualify for the £144/week payment (with a minimum National Insurance record of 30 full years). This is a betrayal of promises made by both the Conservatives and the Liberal Democrats in their document ‘The Coalition: Our Programme for Government’.
Because life expectancy depends on where you live and your social class, this means many poorer people will enjoy only three-to-six years of retirement on average, while richer pensioners get 17-20 years of pension payments. That’s right – rich people even get a better deal from the state pension.
Meanwhile, the taxpayer is being asked to fund three-fifths of the pension scheme for members of Parliament, who qualify at the age of 60 after 20 years’ service (or after 15 years if aged between 60 and 65) and receive an average of £353/week (see House of Commons Library SN6283: MPs’ Pension Scheme – 2012 onwards).
MPs (along with civil servants and judges) will receive transitional protection as the pensionable age rises – meaning they won’t lose out. More than 700,000 working women, on the other hand, have received less than two years’ notice of changes that will deprive them of up to £7,500 per year.
Iain Duncan Smith announced at yesterday’s meeting of the Commons Work and Pensions Committee that he was considering removing benefits that are exclusively for pensioners, in order to bolster his Benefit Cap.
He said: “We need maximum flexibility with the cap. Pretty much all existing ringfences will have to disappear.”
Asked if pensioner benefits would be included in the cap, he said: “These are matters which are still under discussion.”
The Benefit Cap was hailed as a hugely popular policy after its introduction last year, but it is now questionable whether pensioners will be quite so enthusiastic.
Including pensioners’ benefits among those that are capped means they may have to be means tested in the future, as the number of pensioners grows – putting pressure on the £200 billion benefits budget.
The Daily Mirror reported that Treasury sources played down this prospect last night, saying the annual spend on pensioner benefits was dwarfed by other payments. This is disingenuous as the annual spend on pensions is more than on all the other benefits combined. Cutting pensioner benefits and forcing people to work longer before they receive their pensions will deprive senior citizens of billions of pounds.
While changes to pensioners’ benefits are still under discussion, changes to the age at which pensions are paid have already become law.
The hypocrisy of MPs in imposing new rules that disadvantage ordinary people while protecting themselves, judges and civil servants has led to the creation of a petition on the 38 Degrees website, calling for the changes to be reversed.
The petition states: “It is discrimination to impose ‘rules’ that disadvantage one group of people more than another. It is against the law to treat someone less favourably than someone else. How can this Government be allowed to get away with this?
“Because of this broken promise those of us affected are now being forced to work longer and wait longer to receive our state pension, which is an entitlement and something to which we have contributed, all of our working lives.
“These changes will also have a detrimental impact upon employment opportunities for young people. The longer we are being forced to work, the fewer jobs there will be for them. Is this an honourable way to treat people?
“The right to retire with financial security, at the age that has been promised throughout our working lives, has been denied.
“This broken promise is unfair, unnecessary and totally unacceptable. Ministers need to do a u-turn on this mean-spirited move and honour their word.”
The petition currently (Dec 2nd 2014) has over 27,000 signatures. If you agree with it, please visit the 38 Degrees website and sign.

Posted by Daniel Sencier at Tuesday, December 02, 2014 No comments: