I'm proud to feature Kensington International School where my wife has been Head Teacher for over three years... 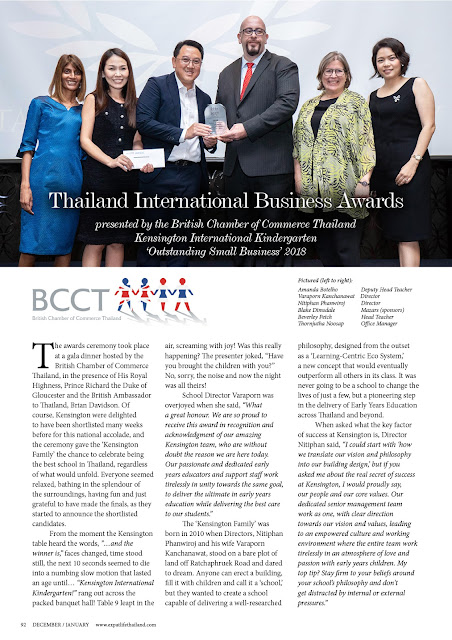 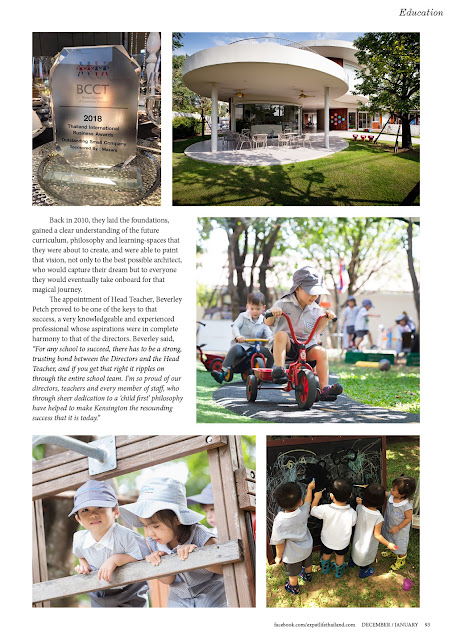 Posted by Daniel Sencier at Monday, November 26, 2018 No comments: 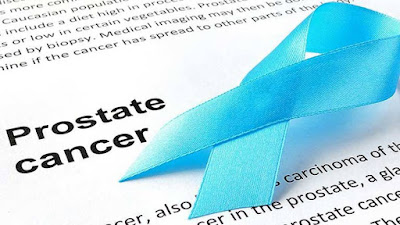 A web-based tool can let a man with prostate cancer see how thousands of other men in his situation have chosen to be treated, which may help him better understand his own options, a US study suggests.

Early-stage prostate cancer may not need treatment right away, or ever, because these tumors often don't grow fast enough to cause symptoms. Because treatment can have side effects like impotence and incontinence, doctors sometimes advise men to put off surgery or radiation and instead get regular screenings to reassess whether the cancer warrants intervention.
"There is often no one correct treatment option because the choice of prostate cancer treatment depends on personal preferences around treatment benefits and risks," said senior author Dr Karandeep Singh of the University of Michigan in Ann Arbor.
"There are already a number of great resources available to the prostate cancer patient community to support this shared decision-making process," Singh said by email. "However, there are no tools that help patients discover what treatments similar men chose when faced with a similar decision."
Singh and colleagues set out to develop a tool that fit the bill. They used data on treatment choices made by 5,016 men diagnosed with prostate cancer to develop a web-based tool that predicts the most likely treatment choice based on what other men in similar circumstances have chosen.
Then, they asked another 2,527 men with prostate cancer to try out the tool and see how often the program predicted the treatment choice these men would pick for themselves. The tool, it turned out, was highly accurate.
"This tool is not meant to replace the shared decision-making process but rather to augment that process by helping patients focus their preparation on likely treatment options prior to meeting with their urologist," Singh said.
Patients and doctors can use the tool here: https://bit.ly/2Kjprcw
It's only meant for men with early-stage tumors that haven't spread to other parts of the body. It won't predict treatment decisions for men with more complex cases.
For men who do have early-stage tumors, the tool focuses on aspects of the prostate cancer diagnosis, patients' age and weight, and any history of heart attack or diagnosis of diabetes.
When men are only 45 years old with lower-risk tumors, they will probably see that similar patients are pretty evenly divided between opting for radical prostatectomy surgery and choosing active surveillance, that is, skipping treatment in favor of periodic reassessments to see if cancer warrants intervention.
By age 55, men with low-risk tumors might see that more than half of similar patients choose active surveillance and less than 40 percent opt for a radical prostatectomy. And by 65, men with low-risk tumors might see that about two-thirds of similar patients pick active surveillance.
One limitation of the study is that it wasn't designed to prove whether or how the web-based tool might help men make treatment decisions or see how happy patients are afterward with the choices they made, the study authors note.
Even when men seem similar on paper in terms of their demographics and the particulars of their tumor, how well the web-based tool predicts what's best for them might vary from one man to the next, said Dr. Kari Tikkinen of the University of Helsinki and Helsinki University Hospital in Finland.
"Sure, this data can be reassuring to those whose own values and preferences concur with the option machine learning is suggesting as the most common choice," Tikkinen, who wasn't involved in the study, said by email.
"However, even in this kind of excellent situation it may not help patients," Tikkinen said.
A man who is very opposed to surgery because of the risk of incontinence or impotence, for example, may not want to choose surgery just because that's what the tool says most similar men would do, Tikkinen said.
But tools like the one tested in the study can still help men have more focused and nuanced conversations with their doctors about what treatment may be ideal for them, Tikkinen said.

Read more at https://www.channelnewsasia.com/news/health/online-tool-can-help-men-make-prostate-cancer-treatment-choices-10952258
Posted by Daniel Sencier at Saturday, November 24, 2018 No comments:

Harry Patch was part of a bloody war of which today we are being asked to 'remember the dead.'
I'm asking you to also remember the few people who sent all those millions to their deaths so that maybe, just maybe, we can prevent it from all happening again one day. 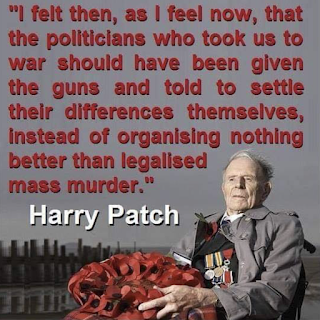 Read some of Harry's story here...