This morning, the power went off... 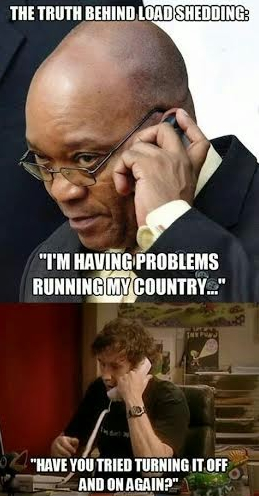 Unusual? No! In England we call it a, ‘power cut’, here in South Africa they call it, ‘load shedding’. If the power hadn’t failed I wouldn’t be writing this blog, as there are so many things to do right now. It’s only when you have no power, you realise just how many of those tasks involve the Internet! Load shedding happens 3 or 4 times a week in Johannesburg, with all but the wealthy areas on a revolving rota. The outage can last from 2, more commonly 4 and sometimes 8 hours. There’s a timetable published every month so you can, ‘plan ahead’, but what a joke, it doesn’t come close. The traffic lights (robots) are all down, causing gridlock, people flood out of shopping malls trying to find one with the power on, and security systems fail, providing a window of, ‘crime opportunity’. I wonder how some businesses get by, but many have back-up generators that kick in immediately. Why does this all happen? Like everything in South Africa run by the government, the money is creamed off before it reaches anywhere, be it schools, hospitals or power stations.

What you wear can make a massive difference to how others see you. I learnt that at an early age, when even the success of a job interview could hang on whether you were wearing a suit and tie.
Beverley and I found out the same applies with the car you're driving. 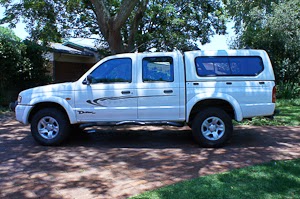 In our first year here we drove a Bakkie Drifter, not a new vehicle but very impressive armoury and well respected in the rough and tumble of Jo’burg traffic. In our last few months we had to sell the Bakkie and use the money to live on. The reason? We can’t, by law, take money out of the country.

We then went to, ‘Rent a Wreck’ located downtown in an area only for the brave during the day, and the stupid at night. ‘Rent a wreck’ UK style gives you a roadworthy car, not so here! Remember when you went to the circus last, and the clowns came driving into the ring in a rickety car, cheering and tooting their horn? The radiator was hissing steam, then the engine exploded and all the doors flew off? That’s our car now! 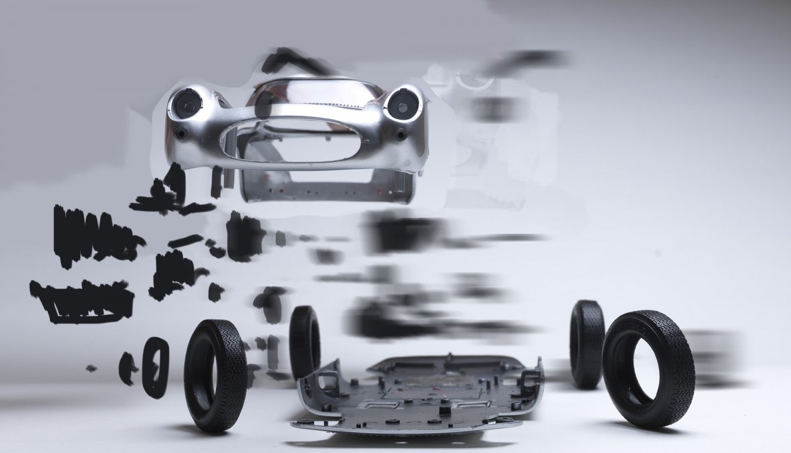 We stop at the lights, nobody asks us for money, and they stare at the car as if they want to toss coins in. When we drive onto the golfing estate, security follows us, expecting the worse. The police don’t stop us anymore either; they assume we are, ‘lean pickings’. When we fill up with petrol, they don’t offer to check the tyres, they can see we have four!

Parking attendants, who used to be glad of a R5 tip, now avoid us; they know from experience we’ll probably need a push. We always park on a hill, remember those days? On the bright side, nobody would think of steeling our car, and even if we crashed, you wouldn’t know! Nobody cuts us up in the traffic either, people in cars like that are usually armed! No power steering, no central locking but we do have air-con, when the windows are down. With over 800,000 km on the clock, this babe rocks!
Posted by Daniel Sencier at Wednesday, February 18, 2015