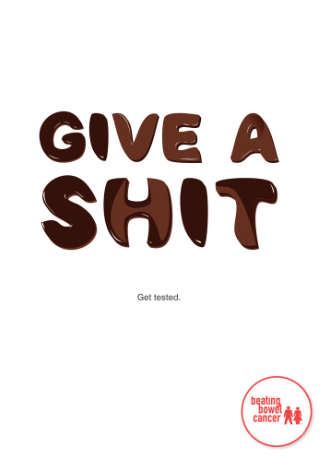 April is Bowel Cancer Awareness month and the campaign is on to make people more aware of this disease and let them know what to do to prevent it from occurring or stopping it in its tracks at the earliest stage.
What is bowel cancer?
Also known as colon or rectal cancer, most bowel cancers develop from non-cancerous polyps which can be removed easily enough if detected early. This cancer occurs when cells in the bowel dramatically multiply and invade the surrounding tissue.
What are the symptoms?
Among the key indicators of possible bowel cancer are blood in your stools, unexplained weight loss, extreme tiredness and pains in your stomach area. Although these symptoms may not necessarily confirm bowel cancer, if you are at all concerned, then don’t think twice about making an appointment with your doctor. Research shows that over 90% of those who are diagnosed at an early stage are successfully treated, so quick detection can save lives.
The screening test
Regular bowel cancer screening has been shown to reduce the risk of death. The screening programme is available across the UK every two years for people between the ages of 60-74 (50-74 in Scotland). An initial kit is provided with full instructions on how to take the test in the privacy of your own home. Once you return the kit, results will be sent back in around two weeks. Depending on the results, further tests may then be required though that won’t necessarily mean you have cancer.
Can it be avoided?
The exact cause of bowel cancer remains unknown but there are factors which might increase your risk. Around 95% of cases occur in the over-50s with no significant statistical differences between men and women. Those who have direct family members with bowel cancer will be considered for extra testing while people with diabetes, Crohn’s disease in the large bowel or who have had previous polyps removed are at increased risk.
Food and fitness
As with many diseases and illnesses, keeping fit and healthy and avoiding certain triggers will improve your chances of steering clear of bowel cancer. Do eat plenty of fibre and maintain your five-a-day. Don’t consume processed meats and have no more than 500g of red meat each week. Do keep active with regular exercise and avoid caffeine. Keep an eye on your alcohol limits (maximum of 14 units for women, 21 units for men) and don’t smoke.