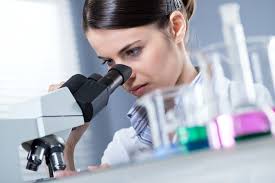 An assay may help to determine those prostate cancer patients at risk of metastasis, a study reports. It works by  identifying a molecular subgroup of primary prostate cancer to detect patients who might have metastatic recurrence following radical prostatectomy.
The study that validated the assay, “Molecular Subgroup of Primary Prostate Cancer Presenting with Metastatic Biology,” was published in the Journal of European Urology.
“An unbiased discovery approach was used to identify a molecular subtype of primary prostate cancer that demonstrated metastatic biology,” Richard Kennedy, vice president and medical director of Almac Group Diagnostics, which developed the assay, said in a news release.
“This approach has created a very robust assay with excellent performance, independent of clinical factors such as Gleason and CAPRA,” added Kennedy, who is also a professor of Medical Oncology at Queen’s University Belfast. “We believe it will play a significant role in aiding clinicians to select the most appropriate therapy regimen for their patients.”
While prognosis for localized prostate cancer patients following radical prostatectomy is very good, evidence has shown that up to 25 percent of patients — dependent upon disease stage and use of population-based PSA screening — will develop metastatic disease within 15 years.
The researchers used a molecular assay to identify a subgroup of prostate cancers with metastatic potential. Patients whose cancer was included in this subgroup had a high risk of recurrence following radical prostatectomy.
They performed an independent assay validation using 322 radical prostatectomy samples. They found that patients who scored positive in the metastatic assay had 62 percent higher risk of having their cancer return after surgery, and a 3.2-fold increased risk of developing metastatic disease.
Next, the researchers tested the potential their assay (called Prostate Cancer Metastatic Assay used in combination with the Cancer of the Prostate Risk Assessment post surgical (CAPRA-S). CAPRA-S is a prognostic model that uses PSA at presentation, age, Gleason score, cancer stage, invasion of the seminal vesicle, lymph node invasion, and surgical margins to predict recurrence, metastasis, and cancer-specific survival after radical prostatectomy.
The combination was superior in identifying patients at an increased risk of biochemical and metastatic recurrence, when compared to either model alone.
“The publication of this manuscript … represents a significant milestone in the assay’s development and with two additional manuscripts being prepared for submission,” said professor Paul Harkin, president and managing director, Almac Diagnostics.
Daniela Semedo (Prostate News) April 2017
Posted by Daniel Sencier at Monday, May 01, 2017