What the dying teach me 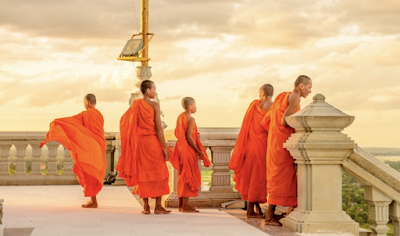 This wonderful experience by my good friend Susan Dustin shines a light on a subject that many find difficult to embrace...

Of Amens and Inclusion….
Working with religious clergy within the end of life settings I have noticed a frequent overriding need to become more human and a tad less saintly! Conversely, for laypeople, the need to actualize a greater sense of meaning and spirituality greatly increases. I have no empirical evidence to back my claims, but rather recurring observations have piqued my curiosity!
It is understandable that for those of us who are novices as our lives draw to an end and our bodies begin to fail and fall away our spiritual persona comes to the fore. We may possibly seek to give or receive forgiveness from others. Our need to know that our life has been of value; that we have loved and are loved in kind may also carry greater significance. There may be a return to or seeking out of a religious foundation in order to securely embrace an afterlife.
I have no doubt that the clergy also experiences similar things, but perhaps being that a large part of their lives have been spent in such pursuits they’ve ticked a few of the “be right with God and karma” boxes. Obviously religious traditions and practices bring great sustenance to the pious during the time they prepare to discard their earthly robes and enter another realm. However, perhaps to obtain a holistic life-balance, a need to be close to the family and friends once denounced as worldly, immerges.
Today, I had the opportunity to sit bedside with a nigh-on octogenarian and highly respected Abbott of a nearby Buddhist temple. Increasing symptoms of metastasized cancer necessitated his recent hospitalization, a serious operation, and the fitting of a colostomy bag. Addressing him in a religiously respectful manner while referring to myself as a layperson I introduced myself and asked if could visit with him. He readily agreed. In full patient mode, he told me what he understood of his illness, his operation, and showed me his colostomy bag. He informed me that the pain had been unbearable and that now thankfully it was much better. He was waiting to hear what the doctor suggested next. Moving him on from a medical show and tell, we became more personal. He told me that he had been an Abbott for as long as I had lived in Thailand. We had unknowingly been neighbors for several years. He had been born a Muslim within a community attached to a mosque that my daughter played in as a child. As a young boy, when his Muslim father died, his mother, as a Buddhist, had him enter monkhood to earn merit for her departed husband. He liked it so much he stayed on. I asked if he thought he had unwittingly fulfilled his destiny. He chuckled as he affirmed that he had. As we chatted, discovering the things we shared in common, a trainee nurse listened on amused as she busily injected medications through a syringe port in his hand.
At one point, I don’t know what made me ask the sweet-looking young nurse what she was injecting into her patient, but I did. Facing me and ignoring the Abbott she answered, “Potassium”. I asked her to explain the need for potassium to the Abbott himself. She couldn’t. So I did and by so doing drew her into our conversation. I gently proceeded to tell her in a friendly and informal manner that each time she met with any of her patients she could always enlighten them as to what she was doing. Not only would she better remember what she was learning but would also provide her charges an empowered part in their own treatment. I explained that if we are able to understand what treatments and medications were used for and how they basically worked within our bodies then the power of positive expectation would possibly assist treatment and outcome. “At the very least the patient would feel included” I whispered. The Abbott became animated and heartily nodded at me in agreement as I covered the need to engage those within our care, especially their minds with a sense of understanding if they so wished to know. “For out of our thinking springs much!” I concluded.
The encouraging change that came over my elderly “sacred orange-robed friend” was noticeable. I realized that he, like any of us, wanted to know what was being done to his body. He desired to be talked to in a humanly engaging manner and not only treated as the patient in bed number 12, nor even as a holy man who should have already ticked all of his boxes.
A group of visiting monks signaled it was time for me to take my leave, but not before promising to return to continue our conversation.
Today, I better understood that whether a religious devotee or otherwise, whether in full health or when facing life-shortening struggles, there lies a common essential requirement of needing to be seen, heard, and recognized. From criminal to Abbott, each of us deserves to be treated humanely in order to be pain-free and have our symptoms managed so that we are comfortable. Beyond basic care, our yearnings to retain dignity as we are nurtured, supported, validated, loved, and respected in our most vulnerable of states must also be met. To do so is very possibly comingling the sacred and the practical in a balanced manner of holy and whole!