They won't remember everything you said, but they will remember how you made them feel.

Where do we go when we die? 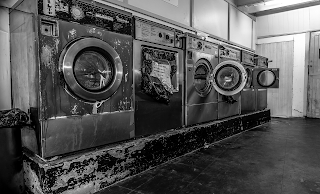 One day you’ll be reading this, and I’ll be dead! It might be this edition, fresh off the press, very unexpected; I hope not! More likely, you’ve found a tatty old copy of Expat Life Thailand in the dusty magazine rack of a derelict laundry in Sala Daeng. You’re there, hiding from the chaos outside! The shouting and screaming of hundreds running swiftly through narrow streets care nothing of who they might target next! The police and soldiers stand by powerless as the onslaught spreads; it’s a free for all! All thoughts of tomorrow are gone, today’s all that matters! Your heart’s pounding, body clammy, mind’s racing. How did I get here? What could I have done differently?

It'll be too late soon to have a voice; the dead are silent, everything they ever said distorted and forgotten, leaving others with just, 'how you made them feel.' The only things left, films, sound recordings or scripts like this, unchanging, frozen for eternity, just evidence that you were here once! 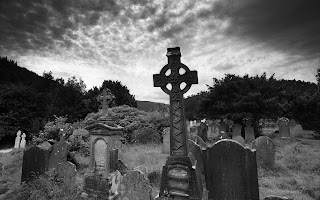 I've experienced many funerals and can't remember one which wasn't farcical in some way. At my father's, his then current partner, dear old Ivy, sat near the back of the church out of respect for my mother and her children. We, in turn, felt so sorry for her obvious grief that we sat in the remaining seats behind. The priest had to shout from the altar, his voice echoing over thirty rows of empty pews between him and the rest of us! We didn’t know what my father would have wanted, so there we all were, actors in a B movie comedy!

I dislike those European funerals with the big ugly black limos, the distraught family, some doing their best to look distraught, many just wanting to be seen to be there, to 'pay their last respects.' I'm not even sure what that means! If you want to 'pay your respects,' do it when I'm alive so I can have the pleasure of that meeting! Visit while you can, I sincerely don't want your company when I'm dead when it's all one-way talk. If you don't like me, let's make friends. Know that sometimes, it’s too late! Don't whisper to my spirit after your free tea and sandwiches; you'll be talking to yourself. Don't wait to read my obituary, it’ll probably never be written! Learn about me while I’m alive, speak now, hear my story and tell me yours; I'd like that!

Why does it cost six times that of a business class ticket to fly a dead body to another country, when you’re not even eating from the flight menu? If I die overseas, that's where I want to remain. I don't want a funeral, though I know my body must be disposed of, I want it all done with minimum fuss. Buddhists do it best, don’t you think? Avoid flying in from anywhere to see me dead; I'd rather you gave the fare to someone in need. Ashes? Sure, you can have some, but don't talk to them, it's not me! I'm here now. Talk to me!

When my father was alive I didn't make much effort at keeping in touch; I had a young family, it could always wait until another day. What I'd give to talk now, tell him where I've been and what I've done. I'd hug him for the first time! When he died, I felt a part of me went with him; that way I still feel close. When my mother went, it laid ruin to what was left; all sleeping demons arriving at once!

So, where do I believe we go when we die? We tell our children, "You go back to where you were before you were a baby." I love that! After nearly 70 years, dipping in and out of religion, searching for the truth, I finally found what sits comfortably, and it's simple... 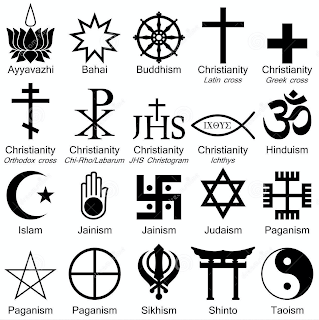 I don't know, and nobody else does; Hindus, Jews, Catholics, Muslims, Atheists, say your piece, but if you claim to know, then you’re in immediate conflict with billions of others. Why should you be right and they wrong?
There are roughly 4,200 organised religions in the world. I say ‘organised’ to indicate they probably have a leader, a headquarters and a bank account, but some faiths may only have one person with their own set of unique beliefs; like me!

When a member of one of those dies, they all have very different scenarios in ‘what happens next,’ and all deal with it in very different ways. So, where my open spiritual mind says and feels that there could indeed be a ‘God Almighty’ would that God really have 4,200 different versions of ‘what happens next?’ Or do we desperately research all 4,200 to find which one suits us best? I know that random reincarnation wouldn’t suit me at all, coming back in the lifeform of anything from a goat to a jellyfish, a pigeon to a tuna, all have obvious downsides; and I can think of worse! Having started out as Catholic and experiencing up to 20 other religions over 60 years, I’ve now parked my soul in the Buddhist bay.

My belief is that those who believe there’s nothing after death are just as wrong as those who believe there’s something, because the truth is, we don't know, and that gives me comfort. It means we enter the final journey knowing there might be nothing, but also that there might be something; an element of hope. After all, if there is some higher being, an Almighty God, they will surely understand why we mortals might, looking at the evidence, have doubts about the 'masterplan.' 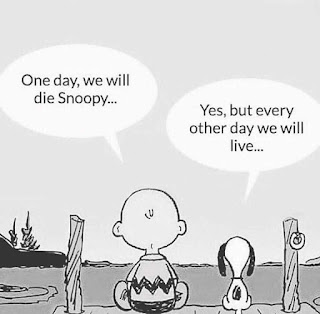 Yes, the dust from my body will float along with yours, journeying for eternity throughout the cosmos, scattering over millions of light years. The energy that makes life possible will dissipate, just as candlelight does when the wind gusts. As to what happens then, I don’t know; you don’t know, nobody knows!
So, go now! Grab your weapon, reload and take your chance amongst the bellowing mob outside. Revel and rejoice in the festival of Songkran, where you can die safely a thousand times. I’m gone, but your voice still matters. Talk, shout, scream with joy!
I’m where we go when we die!
Posted by Daniel Sencier at Saturday, March 09, 2019