We went to the post office today, it's always an experience but a classic example of how, 'nothing is ever rushed in Africa!' There's a poster at the counter saying, 'How did we do today?' You wouldn't dare tell them! Another poster gives you a detailed list on how to complain if the service doesn't meet your expectations; but of course, it always meets your expectations!

There's about 12 service points but never more than 3 opened. The queue is usually out the door, but you can be lucky as we were today. We just wanted to post a birthday card to James, Beverley's eldest son. I explained at the counter that I wanted to post this letter, first class airmail to England. The teller explained that there was a postal strike on, so not to bother posting it. I told him that it wouldn't arrive in time anyway, so we wouldn't mind if it was delayed. He said it would be a loooong strike. I'd heard this before. When African's say 'long', it is a relatively short time compared to 'loooong', and if it's 'loooooooooooong', then that's very, very long. I said we'd post it anyway and at least it would get there one day! He laughed and said, "No, it will never get there, you are wasting your money" and refused to take the letter, nodding to the next person to step forward. As I left, the South African guy who I'd been talking to earlier in the queue explained in more detail. 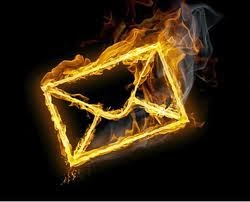 Apparently at the end of a loooooooong postal strike, they simply incinerate the backlog as it would take too long to catch up!! I'd hate to think the hospitals might strike one day!