Armed robbery next door, then the bees attacked... 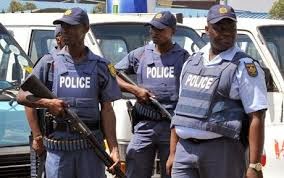 We came home to find 4 police cars and security guards swarming all over next door. Found out later that an armed gang had blocked their car in the drive, then frog marched them into the house. They then tied them up and proceeded to strip anything of value they could find. One of the gang had a police radio so they could hear that the police weren't aware, and the couple hadn't had the chance to press the panic button. They've lived there for 30 years and it's the first time like that anything has happened to them. It certainly made us revise our security plans! 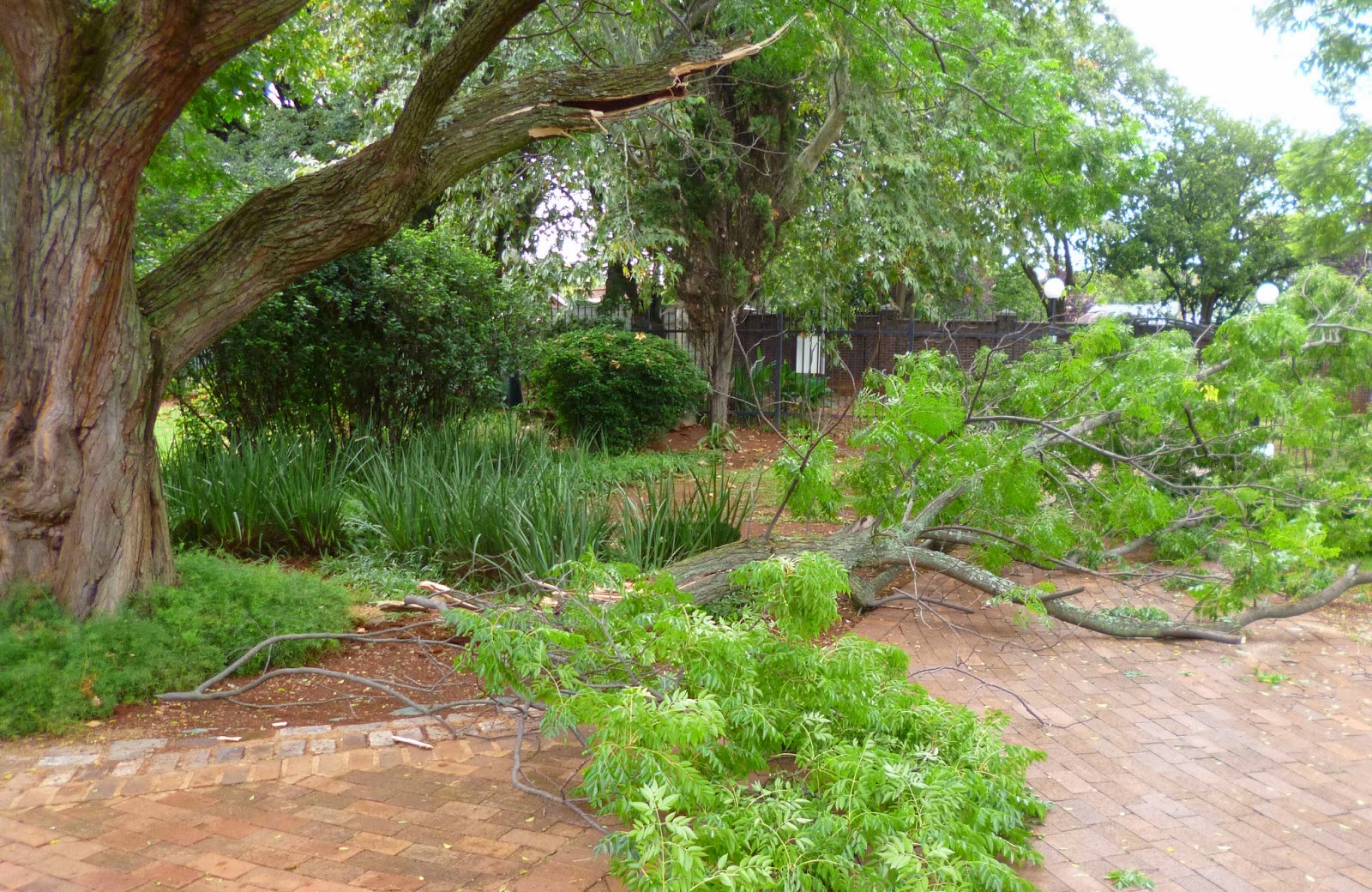 This morning, Beverley called me, I was still in bed! On entering the kitchen I could see through the window that a massive branch had dropped from a huge tree in the garden, completely blocking the drive. I borrowed a saw and with the help of a neighbour, all three of us set about chopping it into bite size chunks. We realised early on that there was a bees nest in the hollow of the branch, but they weren't bothering us much. That was until we finally turned the main branch to lever the broken end of the tree over. Within seconds, the bees swarmed and headed straight for Beverley like a massive black dart. I shouted "Run!" The neighbour shouted "Stand still, they'll go away!" I would have taken my advise and luckily she did, but more out of instinct! 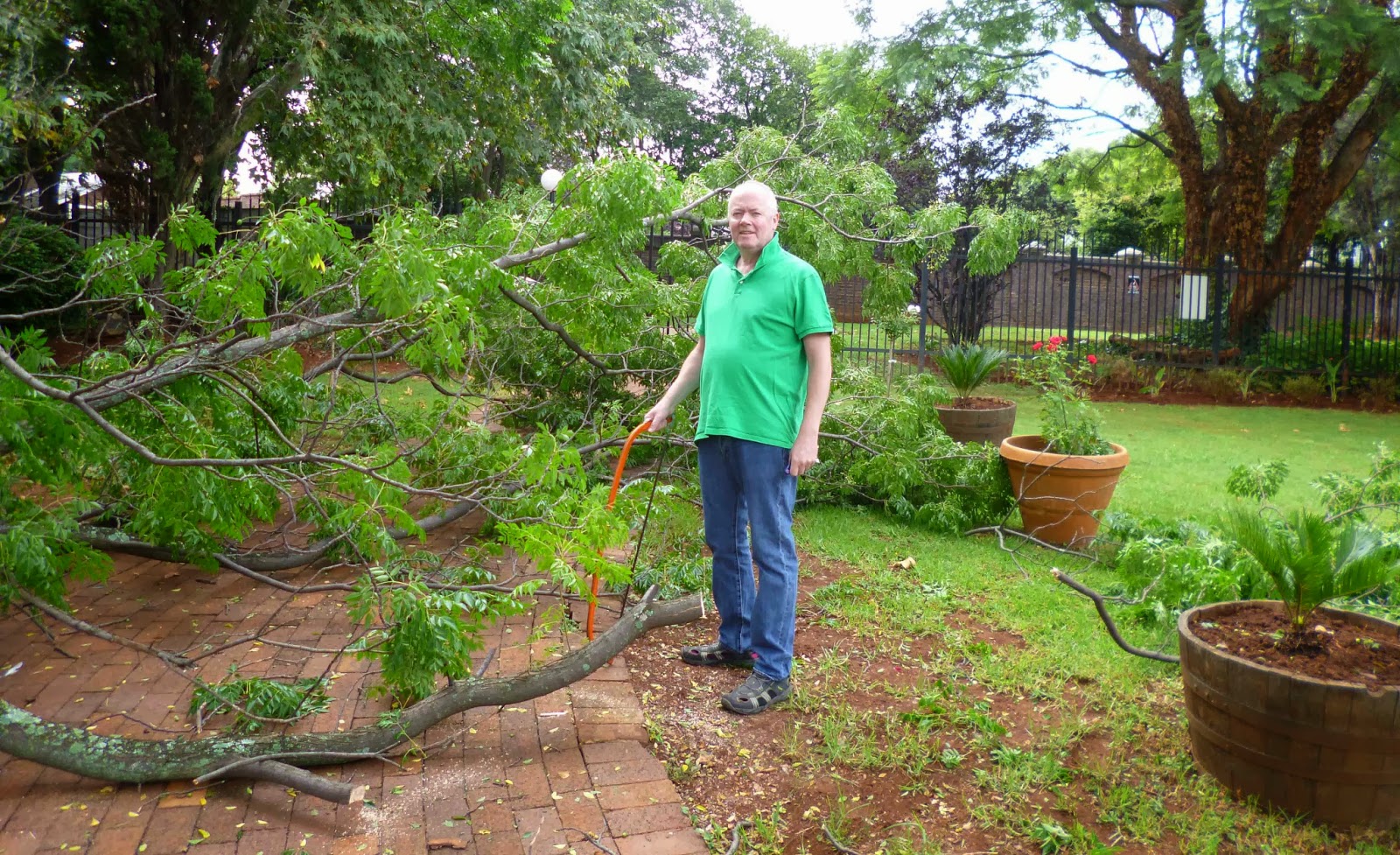 She ran like I've never seen her run, down the drive, hurdling the step and straight into the house followed by the angry cloud. The bees simply ignored me and the neighbour, as if we were invisible!
Two of the bees managed to sting her, on the wrist and on the chest, a miracle that no others hit the target. The rest turned back at the door, maybe the smell of the insect repellent sprayed earlier.

A few days ago, the swimming pool turned green overnight. Algae, the culprit, as we hadn't been keeping the chemical balance right. 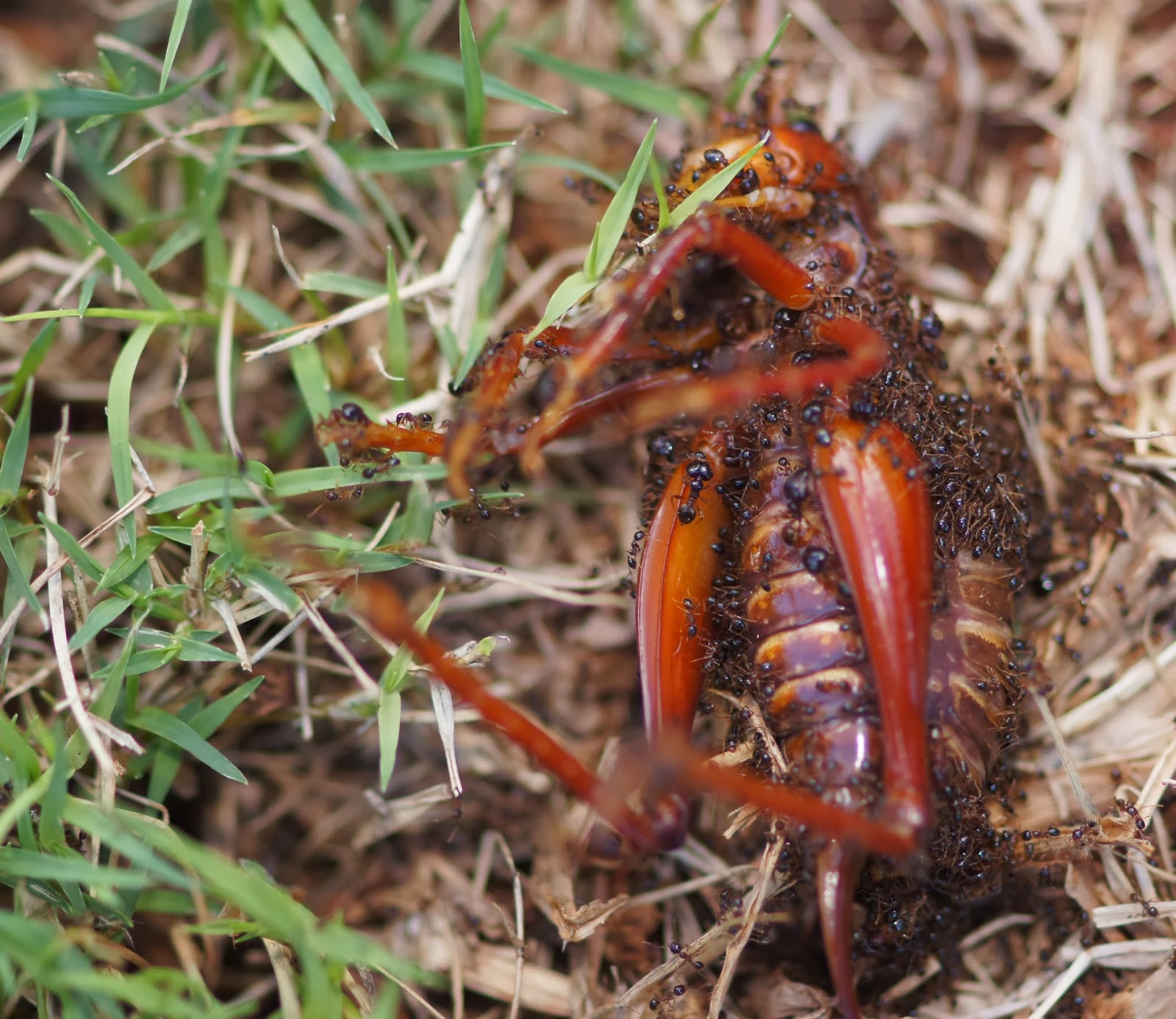 If anyone tells you that having a swimming pool is easy, they are lying, it's easier looking after a newborn child. Well, after 3 days of shocking, flocking, skimming, vacuuming, filtering, circulating, back washing and rinsing, it's clear as a bell. This huge cricket obviously took a jump too far and he was dead when we found him, but the ants had a party!
Posted by Daniel Sencier at Tuesday, January 28, 2014