Julie says, "Get yourself checked"...


Alvin's last words of love: Speaking just hours after losing the man she adored, Alvin Stardust's wife reveals his deathbed wish and why he hid his fight with prostate cancer.

Alvin Stardust’s widow Julie is an astonishing woman. Four hours before our meeting at the home she has shared with the Seventies pop star for a blissfully happy 27 years, she was lying beside him as he struggled through the final, painful minutes of his life.
‘Go to your mum, my darling,’ she had urged him. ‘She’s waiting for you. I need you to know you can go now and be at peace and that I love you and you don’t need to worry about us.’
‘Us’ is Julie, 44, and their gorgeous 13-year-old daughter Millie Margaret Mary. They were both there in the bedroom alongside Alvin’s grown-up children from two earlier marriages when the legendary glam-rock singer, who has been battling prostate cancer for 18 months, mouthed ‘I love you’. 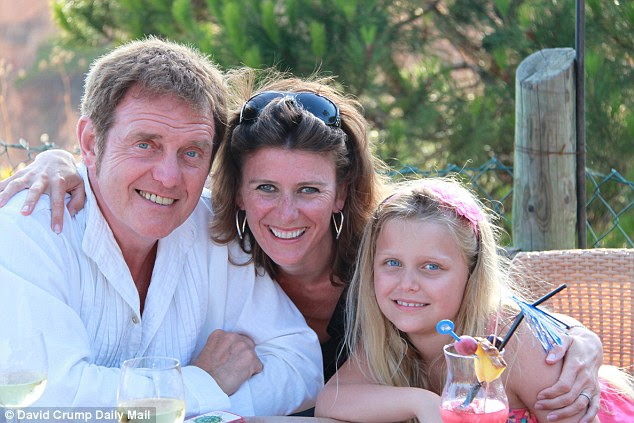 +7
Devoted: Alvin with his beloved wife Julie and daughter Millie Margaret Mary at their home in Ifold, West Sussex

Within an hour, he had died. He was 72 years old.
Julie wept, raged then dried her eyes and now here she is, showered and buoyed with a cup of strong coffee, pulling upon every last ounce of strength she has to give this interview.
The undertakers have not even been to collect Alvin’s body and some of their dearest friends have yet to be told, but this is of the utmost importance to Julie. She says it was to Alvin.
He had, you see, arranged this interview himself after learning on Monday the cancer he’d been battling for a year-and-a-half had spread to his liver. As his oncologist explained, ‘you have to prepare yourself. You’re coming to the end of the journey.’

+7
Pop star: The singer in his glam-rock heyday in 1974. He battled prostate cancer for 18 months
‘That was the hardest moment because we both looked into each others’ eyes and were kissing each other saying, “I love you, I love you, I love you,” ’ says Julie, her eyes streaming with the tears that are a constant throughout our discussion.
‘I said: “Now is the time to stop fighting, darling. Now is the time to be peaceful and calm.”
‘Luckily that happened at 7.10 this morning. What day are we now?’ Thursday, I tell her gently. Does she want to stop? Perhaps I should come back another time?
‘No, I want to do this for him,’ she insists. ‘At 3am this morning he was still determined he was going to give this interview himself. But he was so weak. I was worried in the middle of the night thinking: “Oh what will I do? I’ll have to talk for him and he’ll just nod.”
‘If that had happened you’d have seen in his eyes whether or not I was interpreting what he felt and thought correctly. He had the most amazing eyes. They were so honest. He was such an honest and decent man...’
Again, she weeps. ‘What am I going to do? I’ve been loved by the best. What now?’
This lovely family home in Ifold, West Sussex, is filled with the couple’s close family. Perhaps Julie should be with them instead of sitting here surrounded by the many family photographs of happier times? What about their daughter, Millie? Doesn’t she want to comfort her?
‘Millie’s with a friend,’ says Julie. ‘She’s not good. She’s had five minutes on her own with him, but she said, “Mum, I don’t want to see him being cold.” So I sent her off.
‘But she’s the point of this, don’t you see? If Alvin had been diagnosed earlier, our 13-year-old daughter would still have had a father. That’s why he wanted to do this. He wanted to tell people to get checked.
‘But sadly, it caught him before he could say it, so I have to be the voice for him. I want to do this for him because I know he’d have wanted me to. He wanted people to know he’d battled on and that you can keep fighting.’
Indeed, as recently as five days before his death, Alvin was on stage in concert in Evesham, Worcestershire, blasting out his top ten hits such as My Coo Ca Choo, Jealous Mind and I Feel Like Buddy Holly. The only clue he was so desperately ill was the fact that he had to sit on a stool instead of stand up.
‘The cancer was in his spine and his back was so painful, he couldn’t stand for long,’ says Julie. ‘Only his family and a few very close friends knew.
‘Alvin’s instinct was the show must go on and, as long as he kept fighting, it would. He wanted to say to his fans in this interview today that they might have noticed he’d been a little doddery and this was the reason why.
The late Alvin Stardust performing at a festival earlier this... 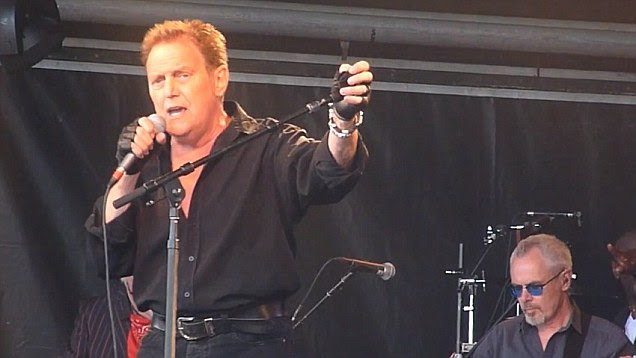 ‘He didn’t say anything earlier because if everyone had been wonderful and kind to him, he wouldn’t have been able to go on stage because it would have been too emotional. The love would have just wiped him out.’
Alvin Stardust, born Bernard Jewry, was that rare thing in showbusiness: a thoroughly decent man.
While his dear friends included the likes of Eric Clapton, Gary Brooker of Procul Harum, The Who’s Kenney Jones, Suzi Quattro and Cliff Richard, who is godfather to Millie, a glitzy lifestyle wasn’t really his scene. 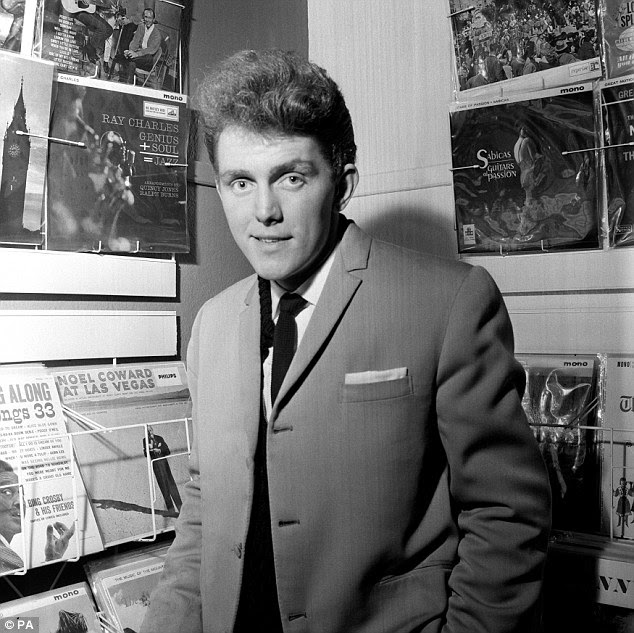 +7
Rare: Alvin Stardust, born Bernard Jewry, was that rare thing in showbusiness: a thoroughly decent man
Instead, he preferred to spend time with his family, pottering around the garden and playing with his little girl. Julie was just 18 when she met 45-year-old Alvin — who was by then separated from his second wife Liza Goddard — in a 1988 production of Godspell.
Her parents, who are here in the house this morning, were horrified she’d fallen in love with a man so many years older and took the best part of a year to warm to him.
On Wednesday, when his condition began to rapidly deteriorate, they told him they wouldn’t have ‘changed a hair on his head for the world’.
During Alvin’s lifetime Julie never gave a thought to the fact he would probably leave her a widow. He was, she says, ‘such a vibrant, young man’. 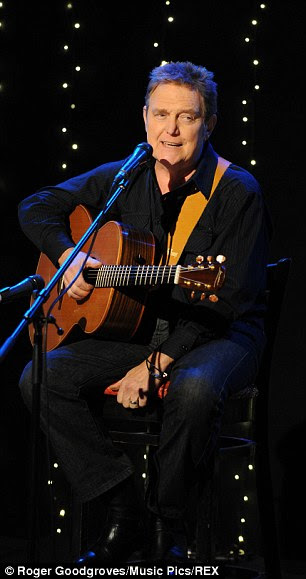 +7
Professional: As recently as five days before his death, Alvin was performing for fans. Above, the singer on stage last year
‘The age thing never ever came into it because as he grew older and slightly frailer towards the end, I just grew to love him more.’ She snorts a half laugh.
‘We did have a wry smile at the beginning of the week after we’d been told it was the end of the journey. I said: “well there is one thing about it, darling. I’ll remember you like this. You’re still handsome — which he is — and I’m not going to be remembering taking you here, there and everywhere in a Zimmer frame.”
‘He could have lived to the ripe old age of 88 and I’d have been there, because I adored him, but I might have resented it.
‘The only time I’ve thought about the age difference is my guilt surrounding Millie now,’ she says. ‘I thought, if I’d been with a younger man, this wouldn’t have happened to her at such a young age because prostate cancer usually happens to older men.
‘We’ve just got to find a way through this together. I’ve said to her, “we’ve got to be a team so Daddy can see us as a team”.’ The many lovely photographs in this warm, lived-in home show the close bond between father and daughter.
‘Millie used to say: “Daddy, why am I called Millie Margaret Mary?” and Alvin used to say, “because you’re mmm, mmm, mmm delicious.” She had this thing where she called him Superdad.
‘If I was tickling Millie or whatever, she’d shout out, “Superdad, Superdad, help me”, and he’d come in and pretend to throw me off . . .’ She stops to collect herself. ‘He talked about Superdad on Monday. He cried about it. He said: “I can’t be Superdad anymore.” That was hard. I said: “You’ll always be Superdad to me.” Sorry . . .’ She wipes her eyes with the back of her hand.
From the moment Alvin set eyes on Julie he knew, as he told her many times, ‘this was it’.
Not proud of the fact he’d been divorced twice — the second time from actress Liza Goddard, with whom he had a daughter Sophie and stepson Tom as well as two sons, grammar school headmaster Shaun and DJ Adam from his first marriage — he insisted he and Julie renew their vows every seven years.
‘He said we’re never going to be in that position where after seven years it goes funny. We won’t have the seven-year itch, we’ll have the seven-year hitch.’
They renewed them three times — in Barbados, the village church near their Sussex home and, most recently, in Portugal. Their 22nd wedding anniversary was last Saturday, the date Alvin performed for a final time. These coincidences assume an importance of sorts in Julie’s grief.
Alvin was diagnosed with prostate cancer 18 months — perhaps two years — ago. Understandably, Julie is struggling with that sort of detail this morning. The symptoms, though, were there for several years, unbeknown to both of them. 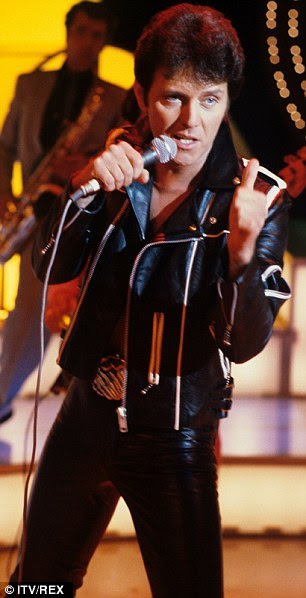 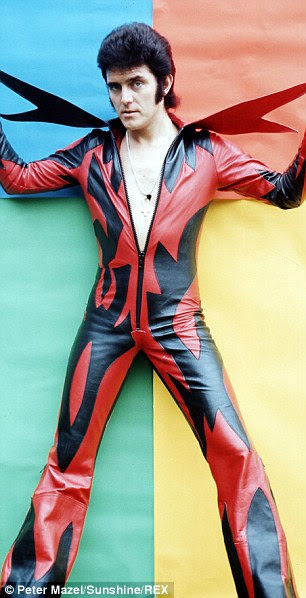 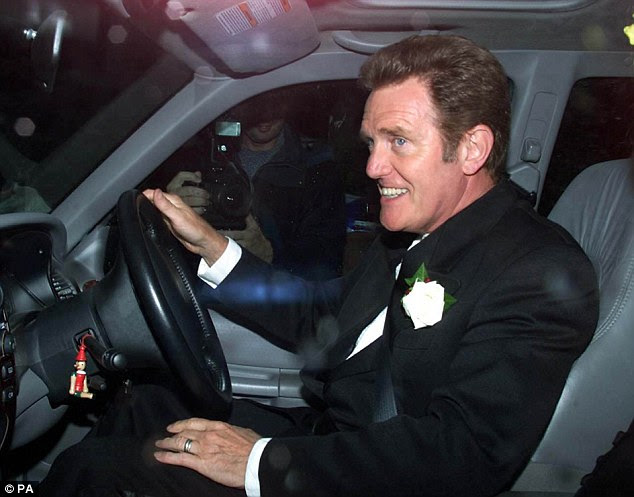