The Psychological Impact of Prostate Cancer

The Psychological Impact of Prostate Cancer 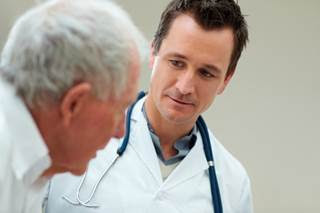 Patients diagnosed with prostate cancer often struggle with their diagnosis.

It would not be hard to guess the psychological impact on patients the moment a doctor tells them they have cancer. Just hearing that word probably leaves most patients stunned and, in the moments that follow, perhaps only half-listening to whatever else the doctor has to say. To some, cancer equals death. Cancer may or may not be life ending, but it is almost certainly life changing. The diagnosis may intrude often on patients' thoughts and reshape their vision about the trajectory of their lives. Some may decide to take that cruise around the world they have been dreaming about sooner rather than later. Rare would be the patient who is not at least a little concerned or frightened about the odyssey of tests and treatment they face. As a result of the diagnosis, some patients may experience harmful physiological effects and contemplate suicide. Men with prostate cancer (PCa) are not immune.
The medical literature on the effects of a PCa diagnosis on the mental health of men is growing. For example, this issue of Renal & Urology News reports on a study published in the Journal of the National Comprehensive Cancer Network showing that elderly men have a significantly higher risk of hospitalizations for non-cancer conditions after receiving a diagnosis of non-metastatic PCa. The authors, led by Amit D. Raval, PhD, of West Virginia University in Morgantown, gave some plausible explanations for the increased risk, citing research showing that a PCa diagnosis “can trigger psychological distress, anxiety, and suicidal ideations. This increase in psychological stress may increase blood levels of epinephrine and norepinephrine, resulting in increased heart rate, blood pressure, and blood sugar levels.”
In a previous study published online ahead of print in BJU International, Quoc-Dien Trinh, MD, and colleagues at Harvard Medical School in Boston, found that men with PCa are at increased risk of suicide and accidental death within the first year of diagnosis compared with men diagnosed with other solid cancers. The authors concluded that their findings suggest “the need for close monitoring and coordination with mental health professionals in at-risk men with potentially curable disease.”
While mental health professionals may have a role, urologists who deliver to men what may be among the most distressing bits of news they will ever hear could have a big positive impact. The vast majority of men diagnosed with PCa have low-risk disease, which has an extremely favorable prognosis. The cancers can be cured with surgery or radiation or managed with active surveillance. Even patients with more advanced disease often have good long-term outcomes.These facts, couched in the right language and delivered with empathy by the urologist, could do much to put patients at ease.
From the March 2016 Issue of Renal And Urology News »
Posted by Daniel Sencier at Tuesday, March 01, 2016