Has your PSA doubled in the past 6 months? 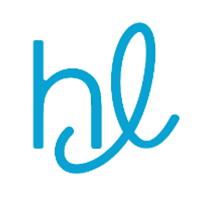 This article on prostate cancer is very informative but remember this crucial fact:
"If your PSA has doubled in the last 6 months, regardless of whether your PSA is 1.00 or any other figure, don't just go and see your doctor, ask to be referred to a specialist. My PSA was just 3.60 when I was diagnosed in the UK where you need a PSA of 4.00 to be referred to a specialist. However, it had doubled in the past year and that was the crucial fact that my doctor noticed, but MOST doctors don't."

The facts of prostate cancer

Tomatoes, watermelon, and other red foods owe their bright color to a powerful antioxidant called lycopene. Some recent studies show that men who consume this fruit and tomato-based products have a lower risk of prostate cancer than those who don’t. However, the American Institute for Cancer Research cautions that studies linking tomatoes to prostate cancer prevention are limited and ongoing.
A 2018 study from Spain suggest that cooking tomatoes makes it easier for your body to absorb lycopene. The redder the tomato, the better because lycopene accumulates during ripening. That means that pale, store-bought tomatoes that are picked too early have less lycopene than vine-ripened tomatoes.
2. Recognize the power of fruits and veggies

Nutrients and vitamins contained in fruits and vegetables may lower your risk of getting prostate cancer. Green vegetables contain compounds that help your body break down cancer-causing substances called carcinogens. A nutrient-rich diet may also help slow the spread of cancer.
By eating fruits and vegetables throughout the day, you’ll be less likely to fill up on processed junk food.
3. Consider soybeans and tea
A nutrient called isoflavones has been linked to a reduced risk of prostate cancer, in at least one 2014 review of controlled studies. Isoflavones are found in:
Researchers have long studied the link between green tea and prostate cancer risk, with mixed results. A 2008 study showed that men who drink green tea, or take green tea extract supplements, have a lower risk of advanced prostate cancer than those who don’t.
A 2010 review of clinical studies showed that the cell and animal research confirms a link between the key ingredients of green tea and a lower risk of prostate cancer. It noted that further human clinical trials are needed.
4. Pour another cup of coffee

Indulging a serious coffee habit is linked to a decreased risk of fatal prostate cancer:
This describes a dose-response relationship between prostate cancer and coffee. That means the effect on prostate cancer goes up or down with the amount of coffee you drink. These effects may not extend to someone who only grabs an occasional cup.
However, high doses of caffeine can cause major health issues, such as irregular heartbeat and seizures. The Mayo Clinic cautions against ingesting more than 400 milligrams of caffeine a day, the equivalent of four cups of brewed coffee.
How coffee is prepared can also be a factor. A 2015 study in Norway looked at coffee brewed with a filter, and boiled coffee, which doesn’t use such a filter. Men who drank boiled coffee seemed to have a lower risk of prostate cancer than men who drank coffee prepared another way or not at all.
The chemicals cafestol and kahweol have well-known cancer-fighting abilities. Researchers believe these chemicals are trapped when coffee runs through a paper filter. Boiled coffee may allow these cancer-fighting chemicals to stay in your daily brew.
5. Make good choices about fat
A 2014 study notes there may be a link between animal fats and an increased risk of prostate cancer. In addition to meat, animal fats are found in lard, butter, and cheese. Whenever possible, replace animal-based fats with plant-based fats.
This, instead of that:
Also, overcooking meat produces carcinogens, so be careful not to overcook your meat.
6. Stop smoking
Prostate cancer patients who smoke are more likely to have a recurrence of the disease. Smokers also have a higher risk of dying from prostate cancer.
It's not too late to quit. When compared with current smokers, prostate cancer patients who quit smoking for more than 10 years had the same mortality risk as those who never smoked.
7. Keep in mind controversial foods

Fatty acid, known as omega-3, may help reduce your risk of developing prostate cancer. Omega-3 is found in certain fish including sardines, tuna, mackerel, trout, and salmon.
There was a study in 2013 that suggested that men with high concentrations of omega-3 fatty acids in their blood are more likely to develop prostate cancer.
However, more current research in 2015 found some problems with the research and stated that the study actually did not establish a link between increased intake of omega-3 and increased risk of prostate cancer.
Based on this controversial information, it is best to check with your doctor to discuss what is the best choice for you.

According the American Cancer Society, some clinical studies in the 1990s found that that low folate levels in your blood can increase your risk for cancer.
However, supplementing with folic acid, a man-made form of folate, may increase the risk of cancer.
Folate is found in many foods, including green vegetables, beans, whole grains, and fortified breakfast cereals. The American Cancer Society recommends getting adequate amounts of folate through eating a variety of these foods.

Some studies, according to the Mayo Clinic, have linked dairy products, or diets high in calcium, with an increased risk of prostate cancer. However, studies have been mixed, and this risk is considered minimal.
8. Make time for exercise

Being overweight or obese is linked to an increased risk of aggressive prostate cancer.
Regular exercise can help you maintain a healthy weight. Benefits of exercise include increased muscle mass and better metabolism. Try:
Exercise doesn't have to be boring. Vary your routine and invite your friends to participate. You're more likely to work out if it's fun.
9. Talk to your doctor
Ask your doctor about your risk for developing prostate cancer. Some points to discuss include:
Tell your doctor if you’re just beginning a new exercise program, or if you have the following symptoms:
WARNING - I make no apology for repeating this:

"If your PSA has doubled in the last 6 months, regardless of whether your PSA is 1.00 or any other figure, don't just go and see your doctor, ask to be referred to a specialist. My PSA was just 3.60 when I was diagnosed in the UK where you need a PSA of 4.00 to be referred to a specialist. However, it had doubled in the past year and that was the crucial fact that my doctor noticed, but MOST doctors don't."
Posted by Daniel Sencier at Monday, September 24, 2018