It's good to know that as long as you can prove that what you are writing is the truth, you can freely publish in the U.K.

Anything your commenters say can be held against you, unless... 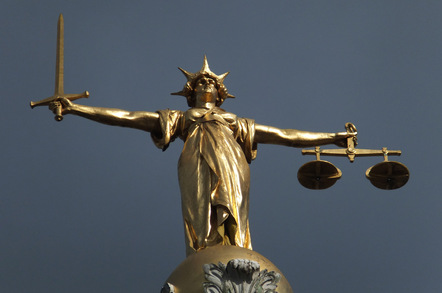 Justice minister Lord McNally has told the House of Lords that the new Defamation Act, which received Royal Assent in April, will take effect from the start of next year.
New regulations, which govern the process website operators must follow when informed about alleged defamatory comments on their site to avoid becoming liable for that material themselves, have also been passed by Parliament and will come into effect on 1 January as well.
"I believe that the process established by the regulations strikes a fair balance between freedom of expression and the protection of reputation and between the interests of all those involved, and that it will provide a useful and effective means of helping to resolve disputes over online material," Lord McNally said in the Grand Committee of the House of Lords.
The Defamation Act 2013 creates a new statutory defence for publishers to claim that allegedly defamatory statements constituted, or "formed part of", comments "on a matter of public interest" and that they "reasonably believed that publishing the statement complained of was in the public interest".
The Act also set into law a broad equivalent to the common law "Reynolds defence" for "responsible journalism" that has been available to publishers since it was established by the House of Lords in a case between former Irish Prime Minister Albert Reynolds and the Times Newspapers Ltd in 2001.
Under the Defamation Act, a statement can be said to be defamatory if its publication "caused or is likely to cause serious harm" to individuals' or businesses' reputation. However, only if businesses have suffered, or are likely to suffer, "serious financial loss", can they bring a claim of defamation against commentators.
The authors of defamatory comments can avoid becoming liable for damages if they can show "that the imputation conveyed by the statement complained of is substantially true" or, if the comments took the form of an opinion, that the opinion is one which "an honest person could have held the basis of any fact which existed at the time the statement complained of was published; anything asserted to be a fact in a privileged statement published before the statement complained of".
Authors shown not to have held the opinion themselves will use their right to rely on this 'honest opinion' defence.
Under the Act website operators can be pursued by those who claim they have been defamed as a result of comments on their site even if they are not the author of those comments. The new Defamation (Operators of Websites) Regulations sets out the process operators have to adhere to in order to escape liability for comments complained of.
Upon notification, authors of the comments would have five days to issue a written response outlining whether they consent to the removal of the comments from the site. A failure to respond would place website operators under the obligation to delete the comments within 48 hours of that five day deadline expiring if they are to avoid exposure to liability.
When notifying authors that their comments are subject to defamation complaints, website operators would have to conceal the identity of the complainant from those authors if such anonymisation is sought by the complainants.
In cases where the authors do not consent to the removal of their comments, those individuals or businesses would be required to inform website operators of their name and address and tell the operator whether or not they consent to the handing over of their details to the complainant. A complainant would have to be informed by the operator within 48 hours of an author's response and of the content of that response.
Website operators would be required to delete comments from their site within two days of receiving a notice of complaint if it has "no means of contacting the poster" through a "private electronic communication" channel, such as via email.
If authors that do respond to website operators' notifications of a complaint fail to provide details of their full name and address, the operators would have to remove their comments within two days of that response. If a "reasonable website operator" believes that details given by an author are "obviously false" then they must also delete the comments within the 48 hour deadline.
In cases where authors of defamatory comments repost the same or substantially similar comments after they have been removed twice before from the site, website operators would be obliged to remove the comments within 48 hours of receiving a notice of complaint.
"Where the poster has not consented to release of his or her contact details to the complainant, it will be a matter for the complainant to consider what further action he may wish to take," Lord McNally said. "It will, for example, be open to the complainant to seek a court order, known as a Norwich Pharmacal order, for the operator to release the information that they hold on the poster’s identity and contact details so that legal proceedings can be brought against the poster."
Separate new laws aimed at cutting the cost of making defamation claims before a court for those with modest means are also currently under consideration.