The Klingons, the Bishop & Madame Zingara...

I've got my BA hons in 'Wildlife & Media', a 2.1 which is a 'B' overall.
I'm delighted with that, after all, I was diagnosed with prostate cancer at the start of year one, so wasn't sure what graduation would look like.

Hard to believe that 6 years ago the process started when I had to first take an NVQ in both English and Maths just to qualify for the access to art year. That year was still the best of all my years at the University of Cumbria. The worst was the final year which I spent making a training film for Cumbria Wildlife Trust. We were told that one day we would be making films for paying customers and we had to listen very carefully to what the customer asked for. I went one better, I found a real customer, worked with them on making this film to their exact requirements. I added stuff they wanted and took bits out when asked.

They were 100% delighted with the final film, so much so they embedded it on their website and sent me a great thank you letter, asking if I would work on other projects with them. To me that had to be an 'A', don't you agree? What I should have realised, and you must realise if you ever take this degree, is this… Whatever anyone tells you, you are making this film for the person who marks it. If they like squirrels, make a film on squirrels, if they like Star Trek, make a film on Klingons, but if they like drama, DO NOT make a film on planting Junipers! You will fail!

The world cup dominates everywhere and no more than Luis Suarez with a ridiculous 9 match ban for leaving an affectionate nibble mark on an Italian drama queen. I've seen legs broken deliberately in football and not even a yellow card given. Suarez was executed by the media and the competition will be a duller place without him. I'm still thinking the Germans and Dutch will meet in the final, but what do I know, I'm second from bottom in the fantasy league with Beverley way out in front. How is this possible?

I went to my daughter Luci's 30th birthday party dressed as a bishop a few years ago. The fancy dress shops just didn't do the quality I wanted so I ordered from an ecclesiastical suppliers, Hayes & Finch Ltd. They do everything from a glitter/gold bishop's robe to a 5 litre box of communion wine, just about all of Christ's blood represented in one carton, on tap. Well a year went by after receiving my holy shirt under the name of 'Bishop Daniel Sencier'; even the postman had a strange respect after that delivery.
I then recieved an e-mail from Hayes & Finch last week asking if I had been disappointed with their service in some way, as I hadn't placed an order for over a year. I had to tell the truth, there was no other way, so I replied….


"Hi Andrew, thanks for getting in touch. Your company and products are great and I'd recommend them to all. I just went through a phase of dressing up as a bishop, I'm not sure why, I blame my parents, but it's ended now! I went to a pub in Glasgow with my new outfit on and everyone wanted to kiss my ring and buy me drinks, it was amazing, especially as my girlfriend went as a comedy pig. People look at you so differently when you are in those clothes; with such hope and faith, it's been an experience I'll never forget. I ordered from your company as I had to have the real stuff, I didn't want to look a cheap fraud. I've attached a photo. I hope to use your services again one day. I'm currently dressing as a paramedic!" 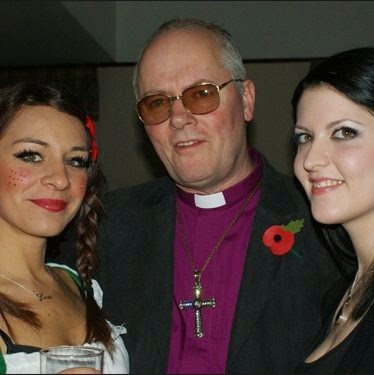 I met with Iain from the South African Prostate Cancer Foundation this week, a really nice guy. The UK are so ahead in this field compared to South Africa. I sent him loads of links including to the UK Prostate Charity and Macmillan's.
You can see these links at the top of the blog. There is so much research duplicated around the world, maybe it should be just in a few specialist centres, with support and awareness more of a localised thing.

We are hoping to go back to the UK for a few weeks soon, only been away 8 months but can't say I've missed it very much. What am I looking forward to most? Paying over double for my poorer quality food and drink? Paying double for my petrol? Paying 20 times the price for my TV license? We were out shopping this morning and as always, were stunned by the variety, quality and prices on the shelves. It's like being in some dreamland, even better than France! I'll look forward to seeing my kids that's for sure, but to be fair, I have more contact now than ever before. I guess I'll become a reality TV show to the grandchildren on Skype.

I can't talk about our work on here, sensitive stuff, but since forming our new company it's been a dream. Not having to tip-toe around, afraid of upsetting others, making decisions for ourselves and working hard to achieve goals. All sorts going on and stuff in the pipeline, I've never had such variety in a day/week/year! At the same time we are having fun and doing things that neither of us ever dreamt we would. Let's see how South Africa turns out before we decide to head off elsewhere. We are temporary residents here now so can return anytime to live. 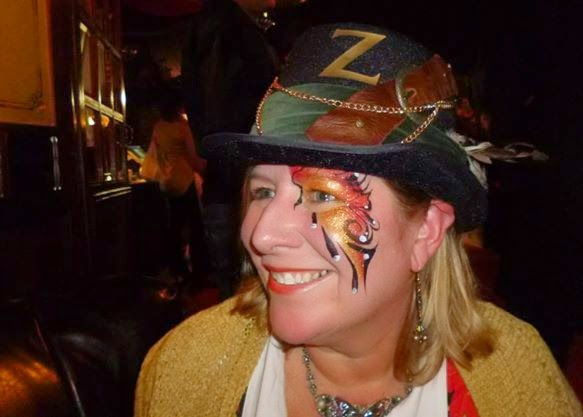 If you ever get a chance to see a show called 'Madame Zingara', then go! You will never, ever attend a better performance or have a more amazing evening!
As you eat a 4 course quality meal, delivered throughout the evening, the performance happens all around and above you. It's an experience of a lifetime!
Posted by Daniel Sencier at Saturday, June 28, 2014