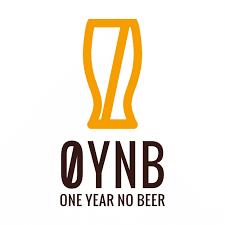 That was the target I set myself back in December 2016. Why? Because I'd been drinking regularly since the age of 15, probably earlier, and at 65 I wanted to tweak a few things in my life, to see if things could be done differently. I guess the driving force was sort of a ‘bucket list’ item: I wanted to see what it felt like to be a non-drinker again, just one more time.

So, why not give up for a week, even a month, wouldn't that do it? Well, I tried that last year when I gave up for 90 days, and here's what happened. After 30 days you realise that you're starting to come out of a mental haze, a numbing cloud that's always there with you, but you’re never aware of when you're a regular drinker.

I had no idea how thick that cloud was, after all, I'd never tried walking out of it before! 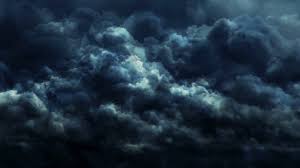 After 60 days, the cloud was getting noticeably thinner, but I was still moving through it and felt that I hadn't yet reached the edge. This was even the case at 90 days, and because I'd reached my target, I had a bottle of wine that night to celebrate, and a few beers. If only I'd continued, would I have found the edge of that cloud? Would I have one day been able to look back at that fog, see it from a distance and say, "hell, I was trapped in there once." I concluded that 3 months was probably not enough time to know what it felt like to be a non-drinker. The answer lay further into the future, and I was determined to find it, but the time had to be right and I had to be ready. 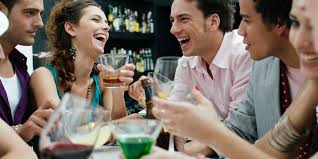 You'll be forever walking past bars full of ‘happy' people and couples sharing bottles of wine, and you'll be wishing you were sat right in there with them. That's not the way! You need to do what I did first and change the way you see alcohol and the role it plays in the lives of all who allow it to run their agenda. See how we are brainwashed almost from birth into thinking that this substance is our friend, used at every celebration, a reward for a hard days work and such a cool thing to do.

No better book taught me this than one written by Annie Grace, 'This Naked Mind.' 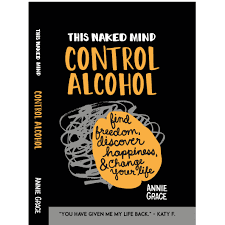 You need to turn that switch in your mind before embarking on this adventure; you have to change what you have always believed about this ‘nectar' and start to question the benefits that you get for the money you spend.

When you reach the 90-day mark, yes, it's a significant achievement and probably the hardest point to reach. Friends will try and steer you the other way, and there will be many, many times when you question your judgment. You'll be continuously reminded of what fun it is to drink, on films, advertising, almost everywhere you look. This is also the time when many people fail, but if you can crack the 90 days, there are huge rewards ahead.

It's somewhere after the six months point that you suddenly realise that you've ‘broken the habit.' You don't want a drink of alcohol anymore; you've replaced that habit with other types of drinks and activities. Maybe we’re all creatures of habit, rabbits that stick to the same runs, day in, day out, so if we do choose a habit, better to try and pick some good ones. There were physical and mental changes for me, some very unexpected. I lost over 10kg, which meant I had to buy more shirts and trousers, but hey, I was feeling healthier than I had for years. I'd started to dream again, that surprised me! I'm told it's because you sleep far deeper when there's no alcohol involved, even though it may take you slightly longer to get to sleep, and you sure do wake up feeling a hell of a lot better than after a skin-full the night before. 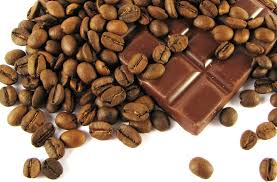 You can ignore the restraints that alcohol used to put on your life, such as what time you go shopping because it has to coincide with licensing hours, and when you can and can't take the car because now you can drive at any time. The money I save, although not the driving force was a massive bonus and I can now treat myself to things I used to view as extravagant. I drink more coffee than I used to and certainly eat a bit more chocolate, even the occasional cake, but on balance, I'm happy with my diet.

Did I ever like the taste of alcohol? I remember the first time a tasted whiskey, it was probably the worst thing I'd ever tasted and couldn't spit it out fast enough. Years later though, after absorbing enough adverts and cowboy films, I wanted to be that ‘wild west hero' who shot all the bad guys, pulled all the chicks and then hit the local saloon for a large Jack Daniels. I was hooked! I grew up with Guinness in Ireland, as much part of the culture as the Catholic Church and the second word I learned to spell. 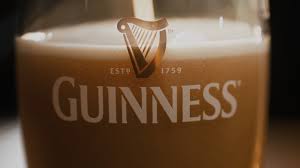 The Guinness brewery in Dublin draws its water from the bogs that feed the River Liffey. As is tradition, my Grandfather and I stood at the edge one day and sent our joint waters into those marshes, knowing that we would both unite and become part of the Guinness forever; such is the tragic magic that weaves Irish folklore into the shareholder's dividends of this national brewery.


Yes, I can look back now and see that cloud, and wow, it was far bigger than I could ever have imagined. I walked out of that mass without really knowing how far from the edge I was, or even if there was an edge. Was I an alcoholic? I don't think so. I didn't get the sweats or shakes when I stopped, or contract any mental health problems. Did I have a bad habit? That more fits the bill. Yes, I had a bad habit!

Will I drink alcohol again? I'm not setting any more targets, that’s a sure way to fail, but right now, I can't imagine going back into that cloud, not now that I can see the world again as it really is.


For support: Take a look at https://www.oneyearnobeer.com/ a fantastic UK based organisation run by Andy Ramage and Ruari Fairbairns.
Posted by Daniel Sencier at Wednesday, December 06, 2017