My wonderful Christmases in the 60s

Christmas back then didn't start in September, as it does now; it started just a few weeks before, which made it oh so much more special. Can you imagine, Christmas when only one person in the street owned a car, everybody was employed, and nobody had a telephone? Writing letters was the way to keep in touch, and if you had to call, there was the big red phone-box at the end of the street; and I was still trying to work out buttons A and B because now I could reach them. 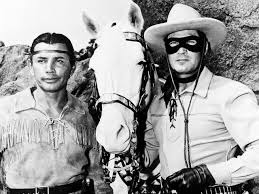 The TV was becoming affordable, but even so, very few had one where we lived. It would soon arrive though, firstly in black and white, with blissfully just two channels, and we'd all pack into Daphne's house when she shouted, "Lone Ranger's on!" Her husband, Dobin, worked in the Army stores, so they were almost middle class! She also predicted that TV was an evil that would destroy future generations of children, but it also brought me Robin Hood and William Tell, so I wasn't listening.

My Grandmother would send a chicken (dead), all the way from Ireland! Yes, it smelt pretty bad when it arrived, the postman would always hold his handkerchief over his nose and mouth, but it tasted delicious once cooked. You had to use the vegetables from your own garden, everybody did, and being Irish we were good at growing potatoes, which we swapped with the neighbors who were good at sprouts, making everyone happy. My parents were very poor, but I have to say they always made Christmas feel like a magical time. Along with my teachers, they planted and cultivated an imagination that lived and grew with me to this day. In fact, only Disney films could compare with what went on in my mind back then and often still does!

Christmas Cards were essential and not getting a card was like being 'unfriended' on Facebook. You sent and received cards from everyone you knew and cared about, and they often had their latest address on so you could be sure to know where to send their card. If you were lucky, there would be a 10/- note or even a £1, but as soon as my Grandmother's card arrived, it would always contain a British £5 note; which wasn't that easy for an old lady living on a small farm in the Republic of Ireland.

Putting things into perspective, my father was earning £15 a week; my pocket money was one shilling (there were 20 in a pound), and a new car cost around £950. We never did afford one, but it didn't seem to matter, our legs, a bicycle or the bus would take us everywhere.

There was always loads of snow from around December to February and no better site than looking out the window on a cold winter evening, with the coal fire at your back, and seeing giant snowflakes starting to fall gently in front of the yellow street lights. The following morning we would go out to a carpet of new crunchy white snow, often up to my waist, then we'd build massive snowmen and have snowball fights until our hands went blue. Some of the ice slides we made must have been the length of the street, and we'd play for hours, regardless of falls, cuts and bruises. 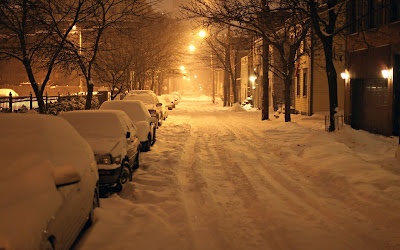 It usually ended with some miserable old person pouring boiling water and throwing sand over our ‘work of art', and as that older person now, I can, at last, understand why!

Just as well I had all those outdoor activities because when it came to Christmas presents, there were very few. I had a clockwork fireman, I'd wind him up, and he'd climb to the top of the ladder and slide down again. How could that keep me occupied for hours? It did! Jigsaw puzzles were all the rage, and the more complex, the better; I even had one with just a cloudy sky! The only Christmas decorations were paper chains that you'd lick the ends and make yourself. I wish I'd thought of the wet sponge sooner as I found out the glue was made from old dead horses. I could never understand that, because when you touch a horse, it's not that sticky, is it? 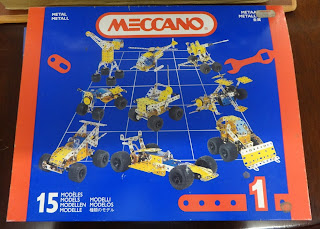 Meccano was to change my life forever; I could now build machines, but my attempt to make my very own electric motor was a bridge too far resulting in my first electric shock; such a scary feeling. I engaged my younger brother in switching on future experiments; he was a willing victim. 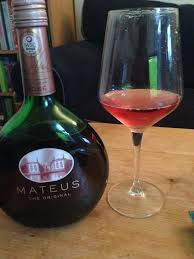 As the 60s wore on we became a bit better off and Christmas saw my Mum switching from Emva Cream sherry to Harvey's Bristol Cream and my Dad choosing Castella cigars over his pipe. Soon, Blue Nun and Mateus Rose started washing down Vesta Chow Mein and spaghetti bolognaise as immigration, thankfully, began to change our diet in a way we couldn't have imagined.

My favourite Christmas hits of the 60's?

Did Father Christmas exist? That was the terrible question I had to deliberate one day and though I had no doubts, it did lead me onto the shameful path of trying to prove to other less faithful followers, that he was as real as them. I thought very logically about how this obese man could fit down our chimney, even though the coal fire was in full blaze, and carrying all those presents. Surely at the very least, he'd get utterly filthy? There had to be another explanation, and that could only be ‘magic.' 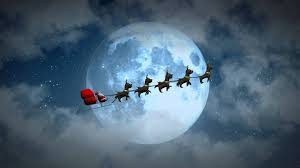 So having accepted that it was possible for this guy to park a sled and team of reindeer on our council house roof, and drop in with all those goodies, I'd have to catch him in the act. I'd tried all the usual stuff, leaving out the mince pies and the sherry, and sure enough, they had all gone in the morning, which proved what?  My parents filled the sherry glass, as usual, that night and along with the mince pies, left them by the fireplace. My mother was very ill that Christmas and my mind did not link that to the sherry I'd half emptied and topped up with bleach. Father Christmas was indeed a superman; even poison couldn't slow him down, he had proved himself beyond doubt. 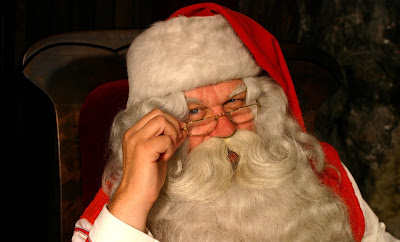 That someone ate them? I wanted conclusive proof but was told that if Father Christmas heard me, he might vanish so quickly, perhaps even forgetting to leave presents. After years of failed attempts, in 1966, I came up with the perfect plan – I would make him sick enough to slow him down and that way I'd at least see him as he struggled onto the roof.

I was told that if I stopped believing in Father Christmas, he would stop coming, and that was a risk I wasn't prepared to take. Aged 12, I was still shouting down the doubters, like a preacher trying to uphold the word of God; nobody was going to convince me otherwise.