Diagnosis of Prostate Cancer could be cut to days! 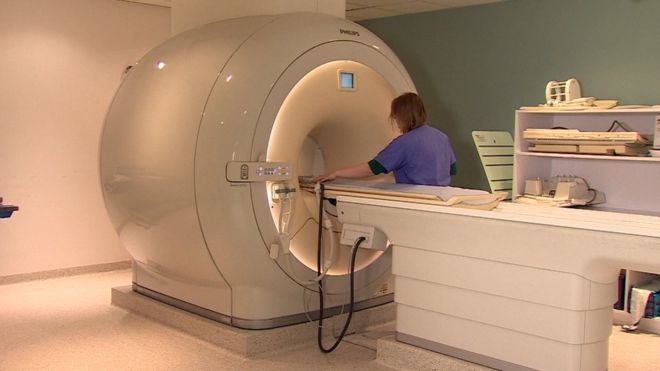 The NHS plans to cut prostate cancer diagnosis times from six weeks to a matter of days, NHS England has said.
Currently, a test for men with prostate cancer requires an MRI scan and a biopsy where a dozen samples are taken, requiring multiple hospital visits.
But a new "one-stop" service will be trialed in three west London hospitals which hopes to complete all the necessary tests in one day.
NHS England CEO Simon Stevens said the programme was "world-leading".
A new MRI scan, known as an mpMRI, provides higher quality imagery and provides up to 40% of patients with a same-day diagnosis.
For people who need a biopsy, ultrasound images with 3D MRI scans are used to target areas for taking tissue samples.
The NHS claims the technique virtually eliminates the threat of sepsis.

The new technique is being trialed at Charing Cross Hospital, Epsom Hospital and Queen Mary's Hospital in Roehampton, where about 5,000 men will be tested over the next two years.
Imperial College London chairman of urology Professor Hashim Ahmed said: "Fast access to high-quality prostate MRI allows many men to avoid invasive biopsies as well as allowing precision biopsy in those men requiring it to find high-risk tumours much earlier."
"What we are hoping to do is show the NHS that this can be done, that it can be done cost-effectively and that we can improve the outcomes for men in a much better way than we were doing."
Mr Stevens said: "This is an encouraging breakthrough in prostate cancer diagnosis that is genuinely world-leading.
"While still early days, the potential benefit to men with suspected cancer is significant."
Consultant radiologist Dr Anthony Chambers said that although he wished the researchers well he had reservations as to whether carrying out the mpMRI and biopsy on the same day was the right way forward.
He said this could lead to an over-investigation of men who have a common infection called prostatitis rather than prostate cancer.
Posted by Daniel Sencier at Sunday, March 04, 2018