AT LAST! Wednesday 24th November is my date! I got the news on Wednesday evening by phone from the urology Nurse at Addenbrookes. For the first hour I was scared as hell, but it has sunk in now. I have to be at the hospital at 7 a.m. However I have to be up at 5 a.m. to stick 2 suppositories up my bum, which will clean me out, I am assured! I also take something to neutralise the acid in my stomach because for much of the two hour surgery, my head will be lower down than my stomach! I have also got some diazepam to keep me chilled before the event.

The success of the operation will be measured by the skill of the surgeon on the day and the result of the pathology a few weeks later. How far it has spread will make a big difference. My MRI scan showed a small spread onto the prostate surface, but my bone scan was clear. They are removing some lymph nodes in the groin area and if they show no cancer it will be an absolute bonus.

I remember the quote I found some months ago on line, and it reassures me now...

'Prostate Cancer' is not a sudden visit from the Grim Reaper, more of a long slow waltz with the Angel Of Death!

I have just sent an email to my fellow students who are a fantastic bunch of people, but I wanted them to know first hand what was going on. I am determined to be there when they all graduate in 3 years time, and I will be.

Had a great weekend, last week in Whitby, the best fish and chips I have ever had! Beverley will never forget the seagull who just dived into her fish and chip packet and made off with the fish. I saw it as a skilled and well planned stealth attack, by a simple bird on a well evolved human; but she worded it differently! 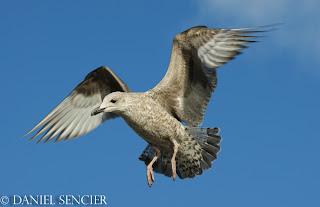 We have been experimenting with Soy milk for the last few days as I am now 'dairy free'. There are many brands and unlike milk, taste very different from each other. Tesco's own bran of unsweetened is favourite so far. It not only tastes OK in tea and coffee, but it doesn't leave that brown stain on the cup and on your teeth as you drink. I've had my last milk but it's not that easy. Milk is hidden in so many things and it's not easy to avoid. Flora contains milk, but I didn't know that until yesterday. We have tried Soya cheese but it's not cheese as you know it! It's a lifestyle change, it won't be easy and I am so grateful to Beverley for buying into this, because unlike me, she has a choice.

Thank you so much to all the people who are getting involved with the Prostate Cancer Charity and growing a moustache for 'Movember'. David, Tom, Richard, Sasha (not growing :-) and the many others that I just can't remember the names of, well done all of you.

Let's have the Story so far, on the medical side for anyone looking in for the first time.
May 18th         After rectal examination by Dr Lukose and PSA 4.2 referred to Consultant, Mr Bashir.
May 28th         Saw Mr Bashir, had biopsy same day.
June 18th         Saw Mr Bashir confirmed Prostate Cancer
Gleason 7 (4+3) with one sample at grade 5 (highest).
July 5th           Had MRI …told result available in 10 days!!
Hospital ‘forgot’ to give me the result.
Repeated phone calls to all contact numbers ignored.
E Mails also ignored. Complained to PALS, no reply
Aug 6th            Frantic with worry, obtained result over the phone
via McMillan Nurse, from Urology Nurse. Both of who were very helpful.
Tumors confined to prostate capsule, no other detail.
Aug 12th         Had bone scan. Very worried by comments made during this by Radiologist.
Aug 20th         Consultants appointment after MDT meeting.
My notes were missing. No details from MRI as to position or size of tumors. Consultant unavailable. Brief details on A4 sheet given by Doctor. Bone scan clear. Nobody available who was on the MDT.
Letter being sent to Newcastle Freemans to request
seeing Surgeon and Oncologist to discuss options.
Also told that the main guy at Newcastle who did this surgery had moved to Dublin!
Aug 24th      Mel, the Macmillan Nurse called and gave me my first detailed report on my MDT meeting and MRI scan done on 5th July.
Aug 25th        Saw Dr Lewis, gave her a letter on what had happened to me so far, asked for a referral to Addenbrookes
Sep 7th           Saw Dr Sidek, she explained radiotherapy, I decided against it. Dr Sidek couldn’t show me a clear MRI scan as the equipment seemed faulty. Reception in Radiotherapy were very unfriendly and inattentive.
Sep 8th       Saw Dr Lewis again to ask for the referral to go ahead as I had decided against radiotherapy.
Oct 11th          5 weeks after asking (Yes 5), received referral to Addenbrookes .  Appt for Nov 1st.
Oct 25th          MDT meeting at Addenbrookes.
Nov 1st           Appt at Addenbrookes 9.30 to 3.30pm.
Told I would be given a date for surgery before month end. A very positive experience, seemed a well run and very organized hospital.
Nov 17th         Date for surgery given as 24th November. 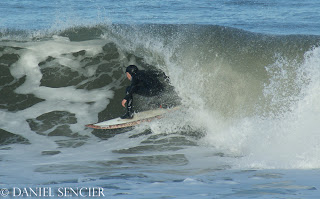 I took this at Whitby last weekend. It was very cold but this lad was having too much fun to notice!

When he came ashore I showed him the photos and he asked if I could send him them. It gave me an idea for some tax free income in the future. Just need to get some cards made up with my e mail address on and go out shooting people having fun! 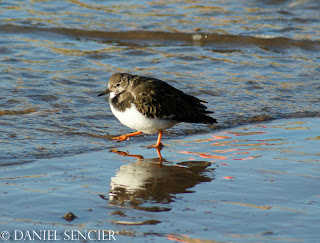 This little chap is called a 'Turnstone'. I only know that because there's a really nice young lad at Uni called Ashley who knows just about everything to do with wild birds. Well worth knowing on this course.

To see more of my photos just follow this link.....
http://wildextreme3.wordpress.com/author/dansencier/


My next post will hopefully be next weekend now, when if all goes to plan, I will be recovering at home feeling a bit sore but glad to have that bit out of the way. If I can't write it then Beverley may step in as a guest Blogger to keep you updated. Go easy on her :-)


“Your time is limited, so don’t waste it living someone else’s life. Don’t be trapped by dogma – which is living with the results of other people’s thinking. Don’t let the noise of other’s opinions drown out your own inner voice. And most important, have the courage to follow your heart and intuition. They somehow already know what you truly want to become. Everything else is secondary.”