It's only Wednesday just now, but I have to start writing this before my head explodes! I still have no appointment date for surgery, but it's out there creeping towards me. The other guy who I met at Addenbrookes, Andrew, was due to have surgery on 16th, but they have put him back to the 30th now.

I have written letters to both local papers this week because regardless, I want to try and make a difference to any man in Cumbria, who is ever given the same news that I had back in June. The more contact I have with Addenbrookes and talking to other Prostate Cancer patients around the country, the more I realise just how 'third world' our service is at Carlisle.

Knowing I would be having radiotherapy for about six weeks in January/February, I wrote a letter to the Cambridge News last week, explaining my circumstances and the impending cost of a hotel for 6 weeks. I was absolutely stunned by the response! I estimate about 20 to 25 people contacted me. One lady just phoned to wish me well with my treatment; how nice. Others offered me the use of rooms in their houses, holiday cottages and annexes no longer needed. Some families offered to put us up free for the complete duration and I am still trying to decide what to do, knowing I have to reply to everyone. This morning, the lady who phoned to wish me well, phoned back to ask if I had found somewhere to stay yet, because she was concerned about me! A lovely man called Peter called, he was over 80 and his wife had died recently. He said that he had a spare bedroom and I was welcome to have it for as long as I wanted. He didn't want anything for it, but he warned me that he liked the football on a lot and he was a Spurs fan! I must write to the Cambridge News and let them know just what fantastic, well meaning people they have in their area.

I am well up to date on my work at University and hope that much of my surgery recovery time will be absorbed by the Christmas break. My course leader Fiona has been fantastic, assuring me that whatever it takes, she will help me get through first year. My mate Paul helps to update me on anything I miss, and ongoing, that might be rather a lot! But there's so much reading to do and work that can be done via the internet, that it shouldn't be too difficult to pull this off. The marks for first year do not count towards the final grade, so a 'pass' would be good enough, but sorry, not for me!

Breast Cancer or Prostate you have to check out Jane Plant. She is a professor and several years ago had to have one breast removed through cancer, but by doing some research herself, she came up with a solution which cured her. Her theories are very sound, so girls and boys, please follow this link and take ten minutes to absorb what she is all about. Chantal, Lucienne, Sasha, Maria & Sofia take note!

Another link I am going to give you is my Cumbria University photography Blog which I have just started. There's photos from all the other year one students on it too.............

I handed in assignment one today, my first assignment of my 3 year degree!!! Here are a few shots that I took in the past month. Sorry about the last one, but it was that time of year!

In Ecology this week we had to identify each of 18 different species of Oak tree. I kid you not. Yes, like you I knew there was one type and had learnt earlier in the term that there was at least one other. But now that I know there are so many others, I am really not sure what to do with this information. 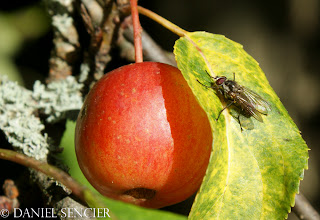 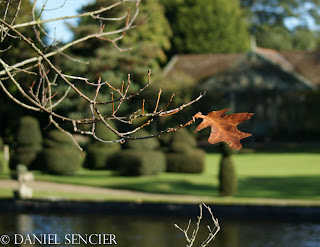 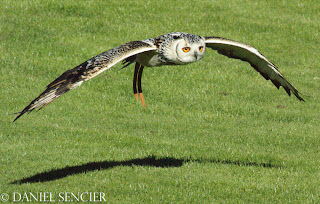 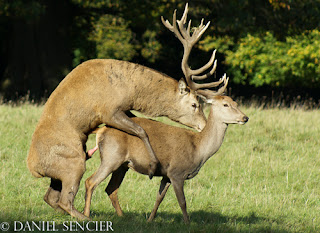 Today I switched to soya milk, have you ever tried it? I did years ago and thought Yuuuk! But when you are told that your particular type of cancer thrives on dairy produce, soya suddenly takes on a whole new flavour. I'm also down to 14 stone 7 pound (sorry, metric hasn't touched this guy yet!), that's the lightest I have been for decades. I put it down to what I eat now rather than anything sinister. Mentally, I feel that I am coping remarkably well, and I could put this down to many things but really it's a combination of support from some wonderful people close to me and the never ending amazement of the support from complete strangers.

I am being featured by two local newspapers next week, regarding the struggle I have had with the hospital system up here since I was diagnosed back in June. When the photographer showed up this morning, he asked if he could take a picture of me holding any correspondence from the NHS in Cumbria. Of course that wasn't possible, because they have never replied to any email or letter that I have ever sent. So he had to make do with a copy of Jane Plant's book, which was broadly titled, 'PROSTATE CANCER', making a good prop. He told me not to smile, after all, this was cancer that we were talking about and the readers wouldn't expect someone to look overly happy. I tried my best to grimace and be sincere at the same time!

I see my doctor at 4.30pm today, to get set up for what will be a bit of a struggle when I come out of hospital. Hopefully, by Christmas I will be through the worse and can look forward to starting radiotherapy shortly afterwards. I bought my Christmas cards today, will have to send those out next week or they may never leave the house. The cards are all the same; I love that. I remember the days when I would sit for hours choosing the appropriate card for that particular individual. Baby Jesus or the Holy Mother had to feature for my Catholic relatives, anything less would cut me out of the prayer list and you would have to light more candles than you could afford to get back in. Then a few joke cards for some of my more sinister friends, before speeding through a huge pile, trying to make up something different to say each time, finally ending up with just one card, and two people left on my list! Two people who I couldn't even remember who I had seen last, it was so long ago, but I had to make a choice of who to leave out.

This week, in return for all the research done by Sasha on cancer related stuff, she has asked me to research Buddhism for her, so that she can be less afraid of death. She's not so afraid of her death or mine anytime soon, but my eventual death when I  am nearer 100, she assures me. Where do I start?

Thanks Chantal for all that stuff you sent through in your busy week last week, hopefully you'll get a bit of a rest this weekend. Why do the government make it so difficult when you have cancer, to find out what you are entitled to? Well, I guess I know!

Happy Birthday also to my good mate Paul at Uni who's photography is getting as good as mine!

Not sure when the next posting will be, just waiting for some news, but I would be very surprised if I still had no dates by this time next week; or would I :-) Have a great week everyone.....