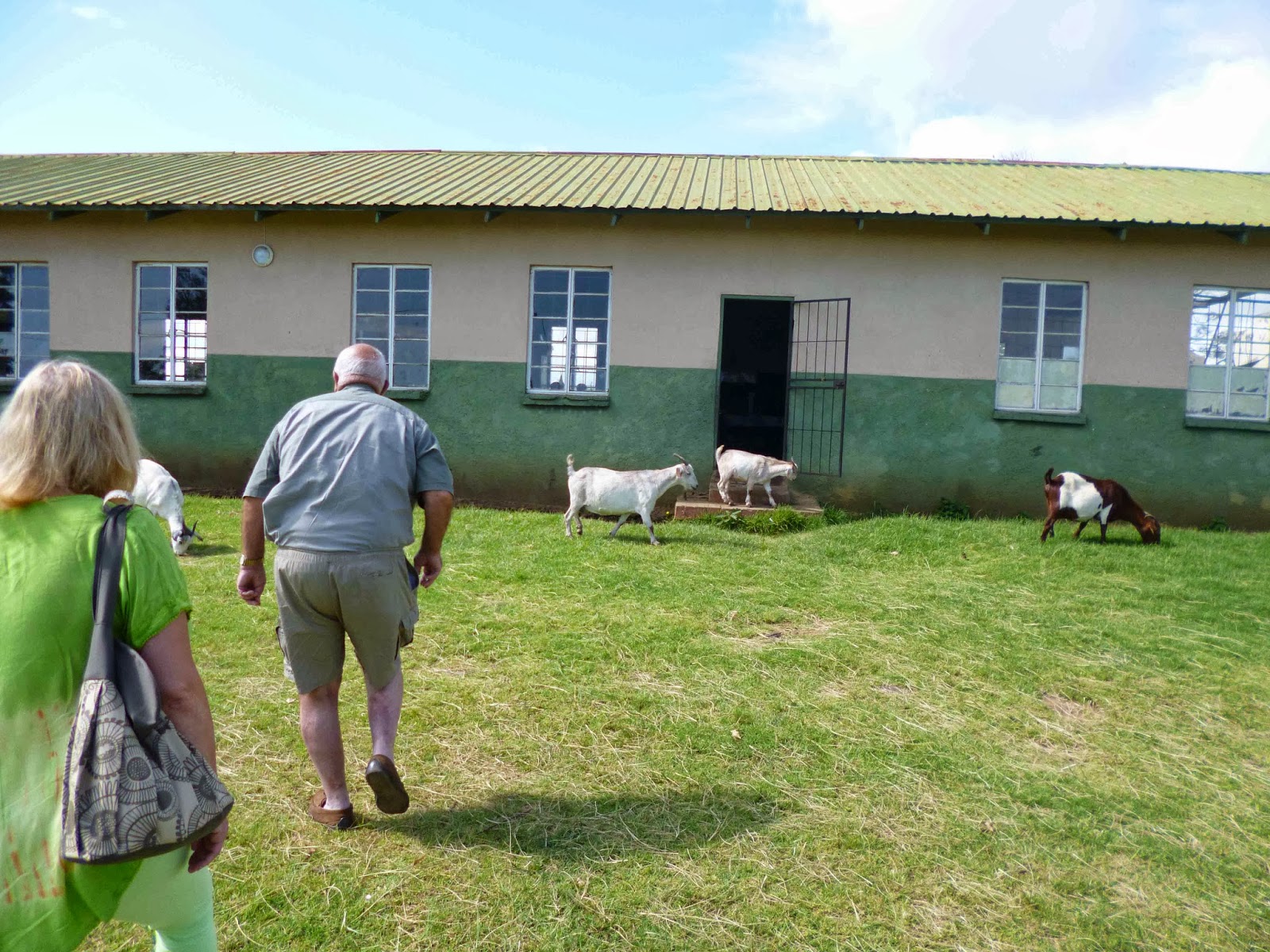 Some moments in life you hold in your heart and mind forever, and this would apply to our visit to the remote primary school in KwaZulu-Natal earlier this week. We were fortunate to have Foy with us, and although white, he was brought up amongst Zulu children and spoke the language fluently; and this school was on the edge of his land. I'll tell you more about him on the next blog when we visit the local battlefields where thousands of Zulu warriors and British soldiers died 135 years ago.

As we approached the school I noticed a high wire fence and thought this must be to protect the children. Far from it, I soon realised it was to keep the cattle, goats and chickens in that lived within the school compound. Although confusing to us it seemed to work, the children and these farm animals were so familiar they hardly noticed each other.
We met the head teacher who was also a teacher and were first introduced to her class. The kids thought it an amazing novelty, two white people had come to visit them, and looking back I wish we had brought sweets. 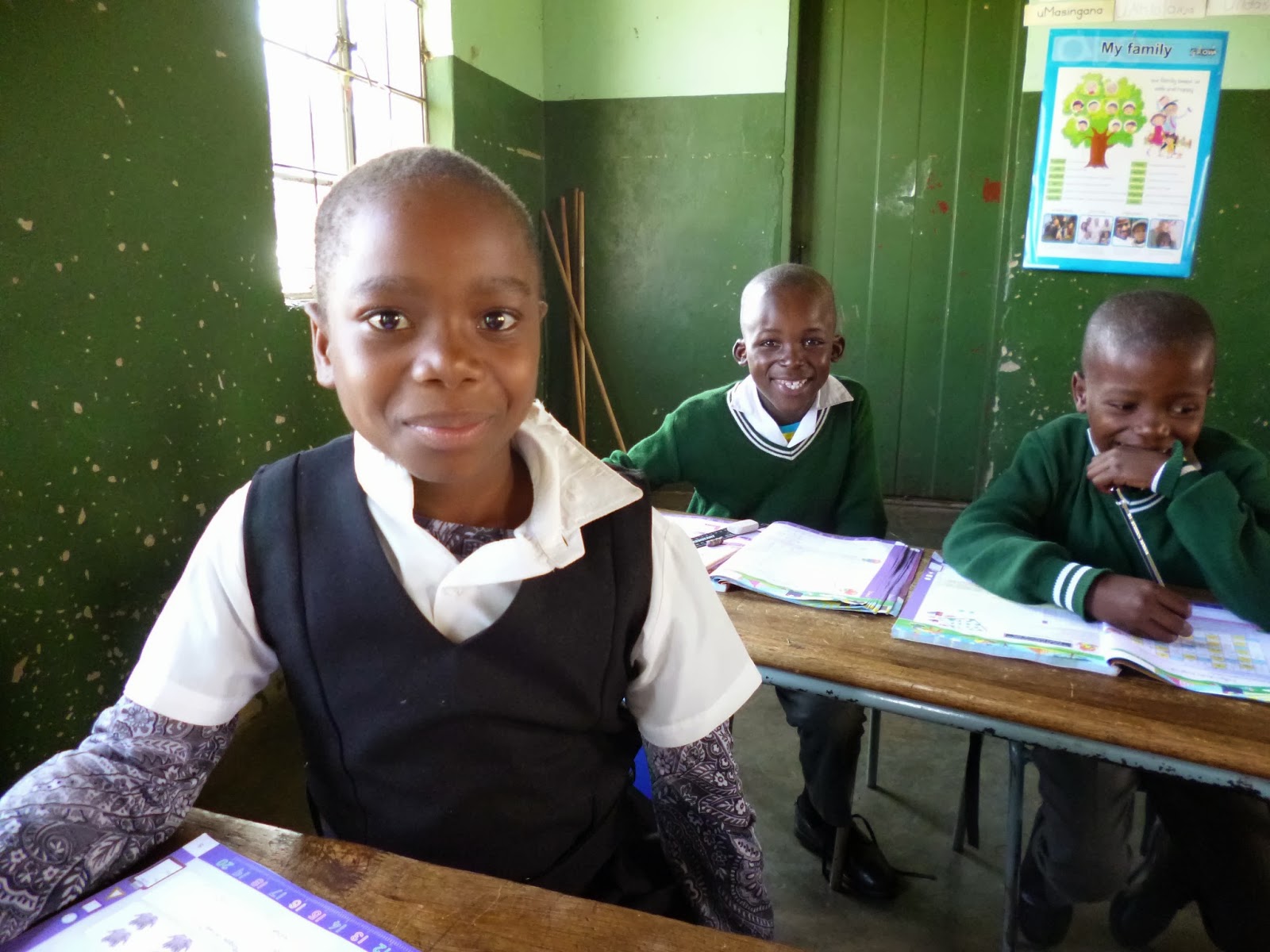 Primary kids are the same the world over, so accepting and friendly, they haven't developed the bad stuff in their heads that was obvious from the older kids we often passed when driving through the villages.

Beverley addressed the class in her magical way and soon had them all chatting and laughing, she was a pop star to them!

All the basics were there, desks, chairs, pencils, books and educational charts on the walls. The children were amazingly smart, the parents, though extremely poor were proud enough to want their children to look good for school. Everything inside the building was in a poor state of repair, from the brushes to the blackboards, the desks to the chairs, it would have all been thrown out in a UK school. 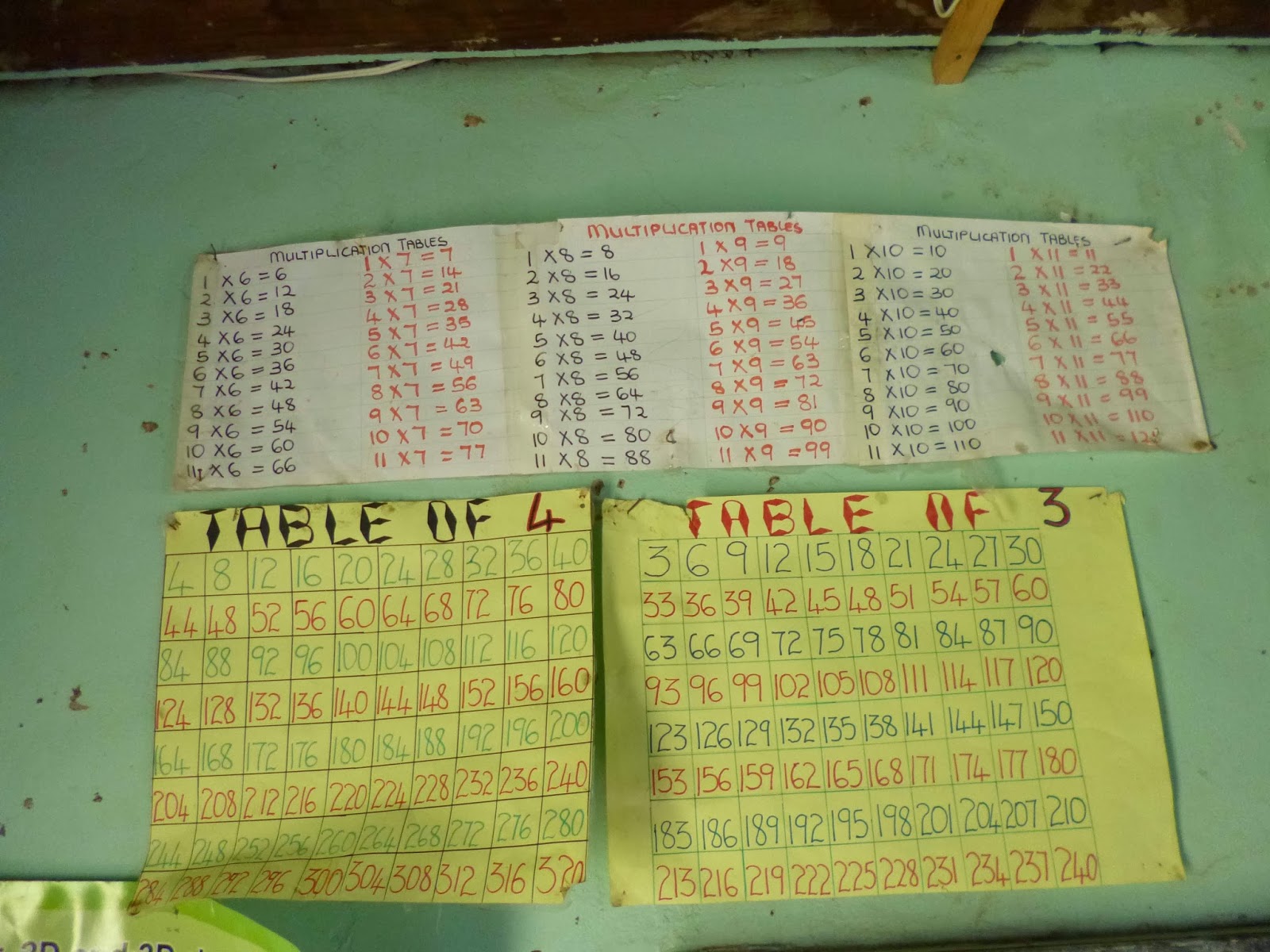 The teachers were doing the best with what they had, and I suppose if they have never known different, they wouldn't realise how bad things were. I knew there were thousands of schools worse off than this one, we had passed many.

I guess the parents were just delighted that their children could go to school free, as nothing else free ever seemed to come their way. It was obvious from the surrounding community that all these children were local. Earlier that week we had witnessed groups of children heading home from school on foot, sometimes in the blazing sunshine and other times soaking wet from a passing storm. We had often passed the school miles back and couldn't imagine where they all lived! 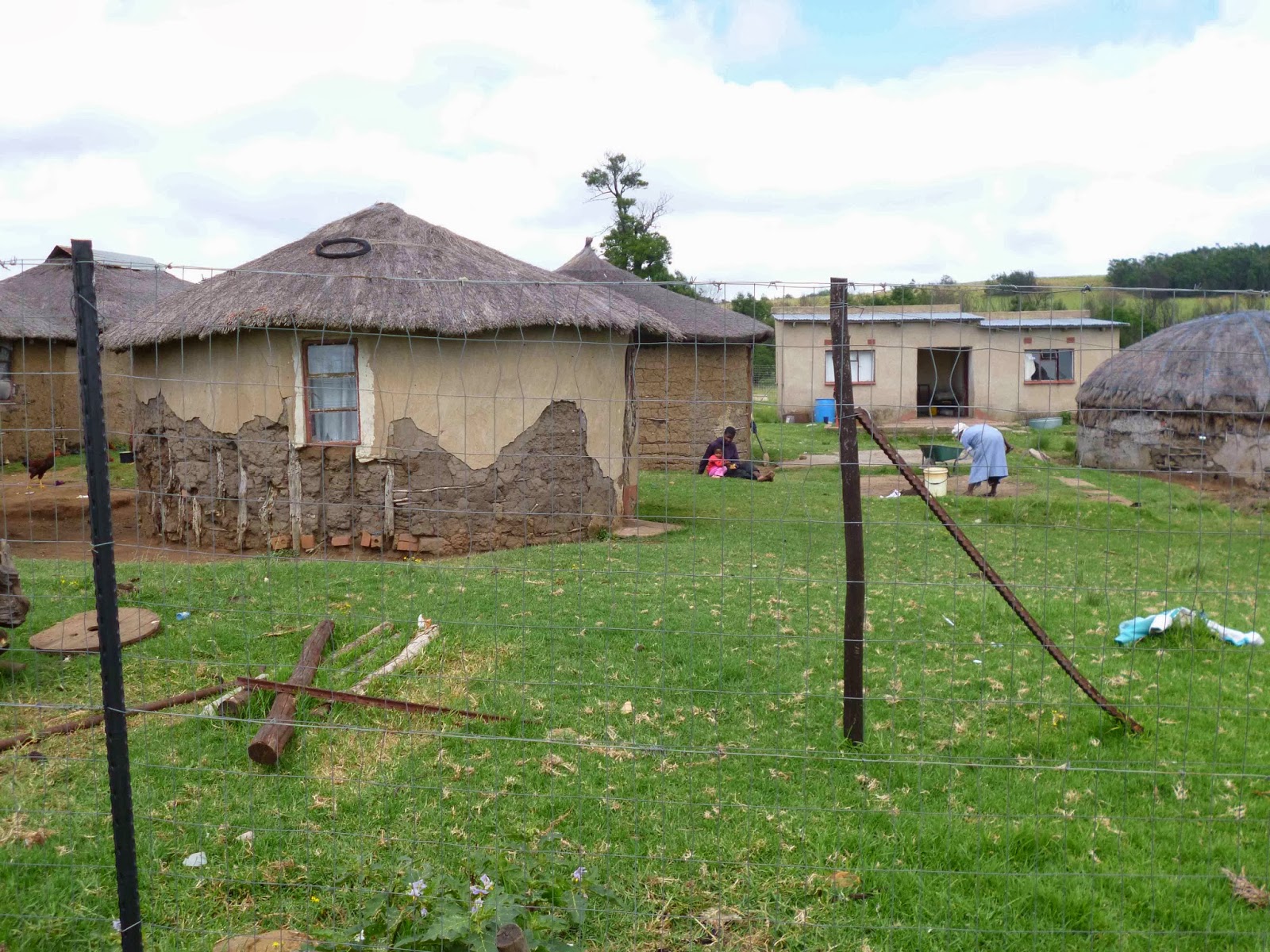 These are some of the family homes seen the other side of the school fence, typical Zulu in design and although very basic, full of very happy people. We could learn something from this!


The South African Government have a massive education budget, the largest in Africa, and last year had a huge surplus. Given the repair of this school I can only imagine that they don't really have a system for getting these warehouses full of money to the schools dotted around the nation.   The governing bodies in Zulu schools appear to be a collective between teachers, parents and religious belief, and  it keeps order. 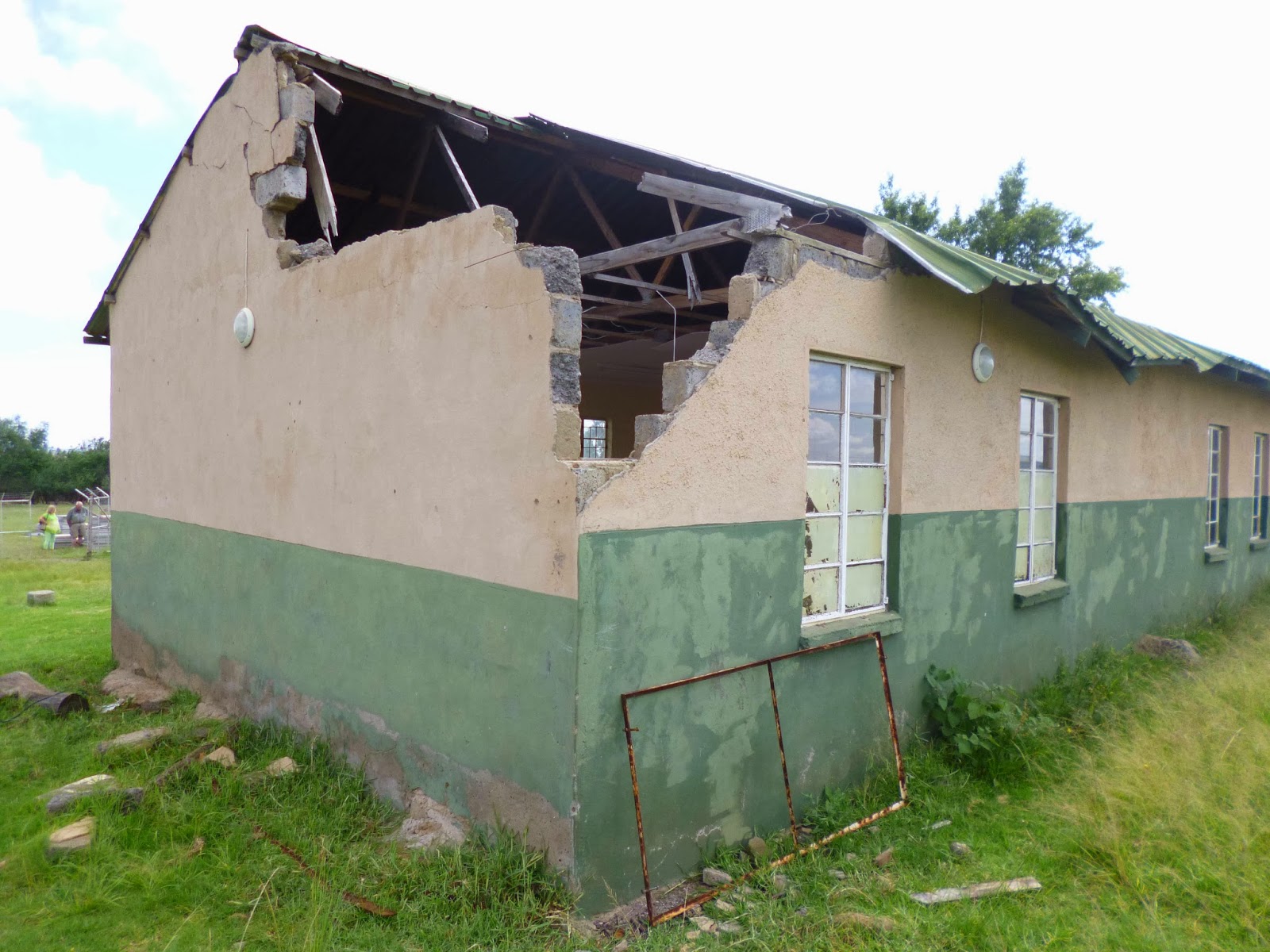 Classroom 3 was unfortunately hit by a tornado last year and they haven't been able to use it since. The head teacher said she had reported it but seemed to have little hope of a repair soon. Can you imagine a school like this anywhere in Europe? The second window along belongs to Class 2 who were in there having lessons as I took this photo. 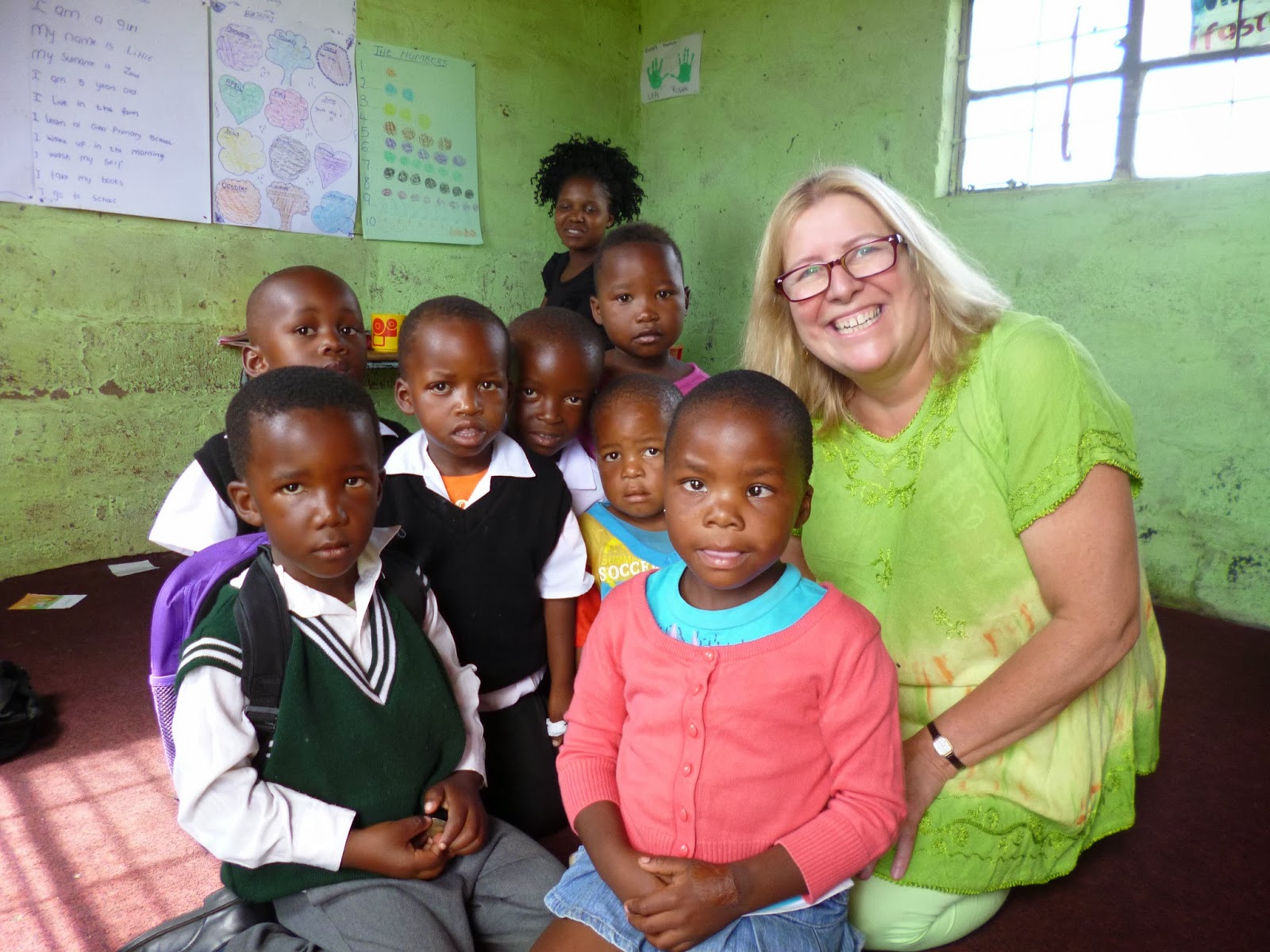 This is the nursery class, under 5's who were frightened to death of me or the camera, not sure which. Beverley first asked them what their favourite song was, and the teacher asked them to sing it. It was in Zulu so I had no idea what they were singing about, but it sounded wonderful. Then, in true Beverley style, she sung her favourite song to them, which they thought hilarious, but also sounded beautiful.

I don't know what can be done to help these schools but I'm sure the South African Government have the answers, they just need the will. I'll never forget the few hours that I had there, I just hope I get the chance to make a difference. 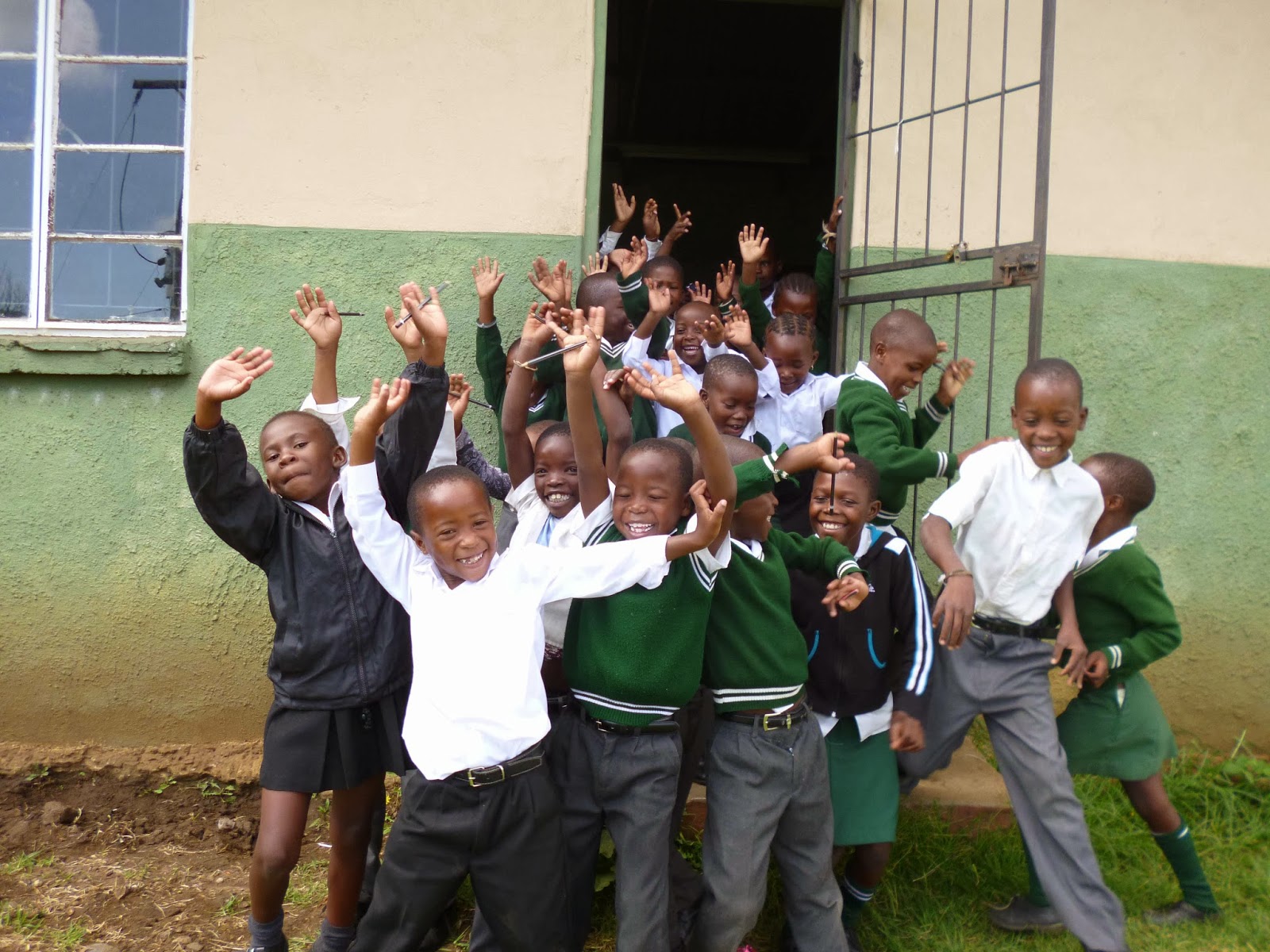