As a small boy, if I wanted to get some worry off my mind, I'd write it down, then relax, I could forget it. It's the same with this blog, so when I'm worried, I write it here, it helps. 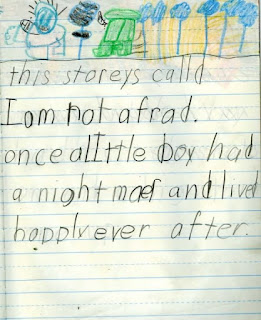 My Dad died of prostate cancer at the age of 68, and here I am, nearly at 65. Surgery/radiotherapy wasn't an option for him, treatment hadn't advanced to that point, all he could do was wait for the inevitable.

A recent study seemed to argue that whether you have surgery or radiotherapy, or even no treatment at all, you will still die at the same time as you would have, regardless. I didn't see the logic in that. How could it be? But it's still in the back of my mind.

I had no recurrence of PSA in the 2/3 years following surgery, and that's good, because that would have meant the cancer was still there and multiplying fast enough to cause big problems. Now I'm coming up to the 6 year mark, and in a few weeks my PSA tests reach an interesting point. It's between about 6 and 9 years that you find out if a few microscopic rogue cells drifted off, before/during surgery and settled elsewhere in the body, in a bone, maybe a lymph node, waiting to reveal themselves in the distant future. Usually, but not always, a recurrence at that stage is very slow, after all it took perhaps 7 years to get big enough to be even noticed.

If it happens, and mine hasn't and hopefully never will, there is a very good guideline to how fast that growth will be. If you had PSA testing in the years before treatment, the 'doubling rate' will be about the same as you can expect now.

That's why I asked a good friend (though I've only met him twice) to approach my doctor in England for those early results of mine, as I want to feel prepared. I'm hoping to have them with me later this week, and I hope to get some reassurance. Of course the 'golden ticket' is still zero PSA, then there is no doubling rate to worry about.

There, now I can forget it!
Posted by Daniel Sencier at Monday, October 24, 2016