The cold cure for prostate cancer

Tiny spheres of ice at the tip of a probe are being used to kill prostate cancer cells in seconds in a freeze-thaw process that could become a widely used treatment.
So far, 40 men have had the ice procedure at the Royal Surrey County Hospital in Guildford. The therapy is being investigated to see whether it should be made available nationally as a first-line NHS treatment for a disease which kills 11,000 men in Britain each year. 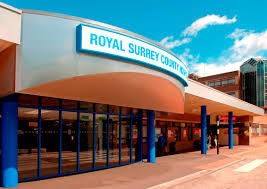 In prostate cancer, malignant cells form a tumour that can grow directly through the prostate gland and spread to surrounding tissue, including the bladder.
In the UK, about 21,000 men are diagnosed with prostate cancer each year.
The exact causes are not known, but environmental, lifestyle and genetic factors are thought to be involved. Men whose close relatives have had prostate cancer are up to 30 times more likely to get the disease.
A range of treatments are available, including surgical removal of the gland, external radiotherapy, brachytherapy (where radiation seeds are implanted in the gland to destroy the tumour) and hormone therapy.
The technique used at the Royal Surrey is called targeted cryoablation. It is highly accurate and offers a faster recovery, plus fewer sideeffects and complications than other procedures.
Some patients can be treated as day cases. Another advantage is that, unlike radical prostatectomy or radiation therapy, targeted cryosurgery can be repeated if any cancer cells recur after the first treatment.
Results from the first 40 men to undergo the procedure at the hospital show more than 60 per cent of patients had no sign of the cancer in blood tests taken afterwards.
The 40 were all patients who had undergone radiation therapy which had not destroyed the cancer. Results among patients being treated for the first time are expected to be even better.
Other research from the U.S. reveals that 97 per cent of patients treated with targeted cryosurgery showed no signs of cancer one year later.
In the therapy, up to eight slender, two-millimetre diameter cryoprobes are inserted through a small incision in the skin and placed strategically in the prostate with the help of computerpositioning software and ultrasound images.
Thermometer probes are also put into the gland and the surrounding areas are protected by a sheath and a catheter that circulates warm water.
Inside each probe is liquid argon at a temperature of minus 140 degrees. When the gas is released, it creates tiny ice balls at the tip of each probe.
When the ice comes into contact-with the cancerous tissue, it cools it rapidly - cold enough to kill it. The freezethaw cycle is repeated three times in a procedure which could also be carried out under local anaesthetic.
'The freezing is done under computer guidance linked to ultrasound images, which means that we can very accurately target and monitor what we are doing,' says consultant urological surgeon, John Davies.
'We can destroy the cancerous-tissue, but we are able to protect the area around it, including the bladder and the muscles that control continence.
'Most of the men who have had the ice treatment had already undergone radiotherapy, but were left with few options when the disease recurred. That is why we introduced the procedure.
'We are the only group in the UK using this type of treatment for the prostate and are getting patients referred here from all over the country.
'Blood tests on this group of difficult-to-treat patients are showing that 65 per cent no longer have any sign of the disease.
'We have used it as a first-line treatment, too, and the results are encouraging. One of the big advantages is that it is quite a minimal procedure, almost a day case.
'Recovery time is quicker and the potential side-effects - incontinence - are less severe than in the other procedures on offer.
'The short hospital stay and quick recovery period is in contrast with long recovery and extended hospital stays associated with major surgery.'
'But the use of the technology as a first treatment for prostate cancer is not yet funded by the NHS. It is being examined at the moment by the National Institute for Clinical Excellence (NICE),' says Mr Davies.
Recovery rates are fast. The freezing kills the tissue so, in the first few weeks after the therapy, tissue swells as a result of the reaction to the cold-burn.
After about six weeks, the gland begins to shrink and by three months, the entire area has scarred over.
Biopsies taken afterwards confirm that the cancerous tissue is dead.

'I WOULD BE DEAD BY NOW'
Peter Gardiner, 64, from Harrow, Middlesex, (above left) believes he would be dead had he not had the ice treatment for prostate cancer.
He says: As far as I am concerned, it was the end of the line. I'd had radiotherapy ten years ago but the cancer came back. Then I had treatment with female hormones but it had reached a point where they weren't working.
The cancer had gone as far as it could in the prostate and it was aggressive.
The surgeon told me that if it spread to another site, there was nothing he could do. It was caught in the nick of time.
I would have been dead by now if I hadn't had this therapy a few months ago because, once cancer goes secondary, you are in real trouble.
When I had the radiotherapy, they said I would be able to have surgery if they found anything else.
But the trouble is that the radiotherapy shrinks the prostate, making it almost impossible to get it out without damaging anything else.
During the ice treatment, I had a general anaesthetic and I'm told it took about four hours.
It was frozen and thawed three times and I think I was the first person in the country to have this done.
I had some pain for a while, but it went as suddenly as it came. I'm fine now and I'm back on my feet. And what's important is that the results of the tests show that I have the lowest level possible of the chemical that could indicate you have prostate cancer.