50,000 hits for a blog that's been going 3 years is not bad. Thank you to all who drop in either daily, or just from time to time. Happy Christmas to you all.

Are you going out to lunch tomorrow?  Christmas Day should be the one day in the year that you stay at home. Why? Because if you go out and expect others to do all the cooking and serving, then you're being plain selfish, don't you think? What about their Christmas? Do you care?

I know the excuses you'll give yourself…
They get extra pay, we pay a high enough price, I cook every day so why can't I have a day off, they advertise…you'll justify it in any way you can!

Let me tell you, nobody likes to work Christmas day, and if they say they do, they are either lying or haven't got a life. I worked Christmas Day for Whitbread for 20 years. At first it was treble time and time off in lieu, which was an incentive! Eventually, there were never enough people who wanted to work Christmas Day and it was only by veiled threats and blackmail that you could get anyone to show up. Being mainly young, they invariably went out and got pissed on Christmas Eve, which didn't make for a cheery person the next morning. However, as a customer who had paid £40 a head, you would expect some cheerful reception and some bloody good food and service on that day.
As a manager, to make the day profitable you had to do as many sittings as possible, literally pulling customers from their seats to fit the next ones in as soon as you could. The turkey slices were so thin you'd think they come out of the fax machine and anyone who complained, you just gave them a free voucher for January.

Well that was true of most managers, but not at my place! I did one sitting, but pretended to head office that I was doing three by simply staggering the one sitting into three half hour sittings. Our portions were great, the customers were delighted and I had so many staff on that service was amazing. Once the customers had gone, I then allowed any staff who wanted to have a free dinner to stay, and they also had a 'free bar' where we had a very popular, 'bollocks to head office' toast! They were always the most important people to me because we were living our lives together. 'The nice customer is always right', was the way we operated and that brought trade in because we wouldn't tolerate unpleasant people.

On the upside the staff stayed longer with me than anywhere else, the customers were so delighted with Christmas that it became a loss leader for the rest of the year and head office had other things to worry about once the accountants thought they could run pubs; and the decline continues.

How did I do it?
I just took a massive bollocking every January for having poor food stock results, diabolical drink margins and a wage bill that could have funded a lunar landing. Funny thing was, the person bollocking me, and the person telling them to bollock me, always had two weeks off for Christmas! My results for the year were always great so that kept my job, but I'd have been sacked every year just for Christmas!

So unless you can convince me otherwise, you are being very selfish if you expect someone else to give up their Christmas Day tomorrow just so you can indulge yourself. 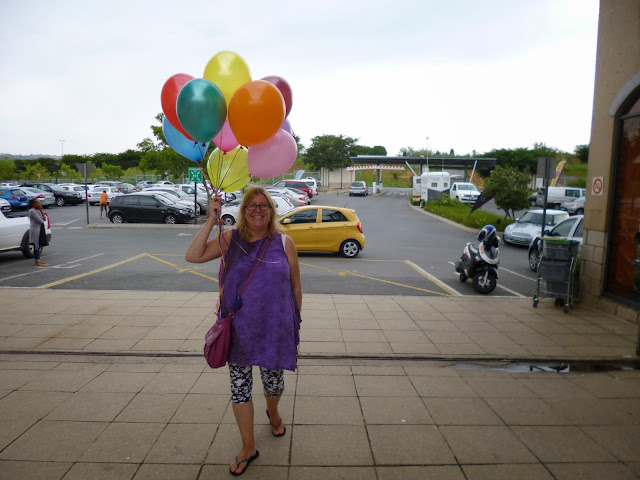 This year is the first year since 1955 that I've spent Christmas outside the UK.
I had four Christmases in Ireland before that, which sadly I don't remember. I haven't sent any cards and not recieved any, though Sasha said she sent one. Like everything, the post moves slowly down here.