Someone in Doncaster has already invented what I asked for yesterday.
This is what my good friend Chaz e mailed me.....

"You raised a good point about health care in general – who is in charge of my recovery? Here in Doncaster the PCT introduced a ’Integrated Care Pathway’ (I know – has the ring of management speak about it) but it is a model that has a ‘case manager’ at the centre of patient care. The case manager takes you right through your care process and manages each piece – doctors, nurses, admissions, social care etc – it is patient centric. However the model was designed for primary care and not secondary care as in your case! But it does beggar belief that the NHS has a separate system for both primary care and secondary care. The reason is historical – and worth reading up on – just so you see how politics and vested interests have cocked up a great idea".


The Dark side of the Pub/Hotel Trade! 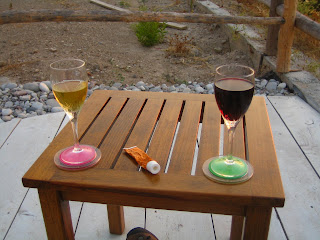 I first worked behind a bar in Harrogate during the summer of 1976. It was so hot that many pubs ran out of lager as Breweries struggled to keep up with demand. My Manager was a very big guy called Jed, he was ex Fleet Air Arm and from the old school of pub managers. A world where you had to be a prize fighter first and a landlord second. He would encourage the louts to take him on, he enjoyed it, and he never lost. When trouble started, my job was to run to the front door and lock it. That was because Jed didn't want anyone to escape, but equally so, he didn't want more coming in to help his intended victims. He was a lovely guy and taught me so much about the 'behind the scenes stuff', that customers rarely find out about. I'll never forget that Summer, it was the only time I ever threw a 180 at darts, and the only time I ever had sex on a pool table!

Although I was appalled at what Jed taught me in the cellar, when I joined Whitbread about 12 years later, it was all still common practice. My advice if you have to drink draught products is, stick to Guinness or Cider; unless of course you drink in privately owned pubs that haven't got a massive head office staff to support! Guinness is a very difficult keg to get into, and if you could put anything back into, it would spoil it; as it would with cider. Cask beer is the most abused and when you get a pint of this, you really don't know what you are drinking. When customers leave unfinished drinks on the table at the night end, or even during the day, this all gets poured together into a stainless steel bucket behind the bar. The bar staff are simply told that it has to be measured every day as Head Office get a rebate on the excise duty, or some other rubbish story. You can put anything in that bucket, lager, beer, white wine, spirits and a few glasses of water of course! Never put in red wine or Pernod, they will turn the whole bucket off.

Once the doors are locked at night, or early next morning when nobody is about, the sinister work begins. On a busy night there could be up to 20 buckets, so you had to work fast. Asbestos fining's are sprinkled into each bucket, this clears the liquid which is then poured into the filter pan. The result is a bright clear alcoholic liquid that can be added to any cask or keg beer. Casks are just easier to add to because you can put the filter pan directly on top of the cask, where as kegs have to be depressurised, and that is a little dangerous and takes time. If the resulting liquid is a little too light then you can add a bit of Guinness to darken it. The only important thing is that the liquid you are putting back looks clear. How many times have you stood at a bar, as another customer looks at his nice 'clear' pint, and says, 'Eee that looks grand'. It might look grand my friend but it's not what you think it is. Once you have adulterated the product, after all that is what you are doing, you then have to decide when to put it on sale. I would wait until the last hour on a Saturday night when nobody has any sense of taste left and the weights & measures guys are in bed. Put it on 'special offer' if you need it to move faster. I once sold a 22 gallon keg of neat slops on a Sunday lunch session, to a huge crowd of Rangers fans, just before a game. When it ran out, I put the genuine 'Scottish Tartan' on, and they all complained that it tasted horrible!

Does it still happen today? Well it still did 5 years ago when I left Whitbread Premier Inns, and I know from friends in the trade that nothing has changed! The only difference now is that Managers have to buy their own filter pans, and it is no longer part of the official training manual. Big companies press their managers for every dime of profit and the pressure is so great that they cut every single corner that they can get away with. Managers are not willing participants in this process, but they soon learn that they are managed out of the business, as they see their more willing colleagues climb every financial table above them. I won't even go into the food side of the business, because you would never leave home again. Avoid chain pubs and hotels everywhere, they could kill you!
Posted by Daniel Sencier at Tuesday, September 14, 2010