We are now winning 4 - 0 at snooker!
Yeeessss we made it to the Lizard today! Well worth the 20 mile trip. Heavy rain greeted us as we walked from the car park down to the coast but nothing like the day before. We came across a stressed guy trying to look really calm, always a worry. He explained that he was trying to round up 4 ponies who had a mind of their own and only a 'cunning plan' would succeed. Apparently the head pony was a bright spark and not to be messed with. Their weapons to catch these ponies were a bucket of oats, an ambush and enough electric fencing to go round auschwitz twice. He slowly coaxed the ponies with the oats towards the narrow channel of fencing and then broke into a jog as the ponies thought it was play time and started to trot after him, and that's where the ambush came in. Two other guys jumped out behind the shocked animals blocking of their retreat. What would they do now? They looked at the guy with the bucket and then the two guys behind waving their arms, and without hesitation charged through the electric fence like a scene from Ben Hur. It didn't even tickle them and if horses could smile, these were dying of laughter. They charged up the field towards where we were standing, up until then just cautiously observing. I knew that Helen was familiar with horses, so it was no surprise that she sprinted up the hill to try and cut them off. J tried to help, waving his arms frantically and the rest of us thought it best to stand back incase first aid needed to be administered. The ponies were last seen heading around the coastal path and judging from their speed, I guess they will be in North Wales by the time you read this. 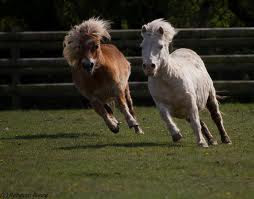 The weather stayed great all day and we all got some good photos and film footage along with a mine of information from Fiona and Helen. Ash was our bird guide as always, there's nothing he doesn't know about birds. We came across a guy with a telephoto lens so long that he must have been taking shot of butterflies in the Scilly Isles. Having said that, most of my lenses are worth more than my car, which is worth very little.
Lunch time was a special occasion, mainly because I didn't have fish and chips. I saw crab sandwiches for sale, it didn't show the price, but hey, how much can a sandwich cost? I ordered one to take away and the very nice cornish woman said, "That'll be £9 please". I immediately looked behind me, she couldn't be talking to me, someone must be trying to pay their family bill, I thought.
She was talking to me! Decision time! She explained that the crab was hand picked! At that price it should be able to play the piano. I went for it on the basis that it was a nice day, I was by the sea, it was fresh crab and I didn't want to look like a tight git. Fair dos, there was enough crab in that sandwich to feed a colony of seagulls and my breath still smells like a sea-lion. Best butty I've ever had, but £9 :-(
We got back early today, and we must have been knackered because we turned down a visit to a local brewery on the way back. Tomorrow we are heading to St Michaels Mount, a small Island reached by a causeway at low tied or you can wait for high tide and pay a local fisherman about £4. For that price you don't expect good service and you don't get it. Last time I went he set off when I had one foot on the boat and it was the same at the other side as he pushed everyone off the boat onto the slippery steps in his eagerness to go back and make the next trawl of tourists.
Nathalie, a big hello to you in Edinburgh and great to hear from you yesterday. You would love it down here and there's lots for your 3 boys to do.
J's birthday tomorrow, not sure what we will do for that but it may involve drink. Wish I could get Beverley to come down a cook tonight, but instead it's frozen pizza. But hey, I'm still full of crab!
Love you Beverley and can't wait for next Friday, unless we can somehow escape before then :-)
Posted by Daniel Sencier at Thursday, April 19, 2012