Just to torture you I'm posting my assignment on here today, after all, you'd want to know what it was, wouldn't you?

It is planned to map the changes and activities caused by the tide to a typical mid tidal rock pool on the north Cornish coast. Also to measure how stable this small ecosystem is and compare this to nearby, low tidal and high tidal rock pools.

Several sites were visited and an ideal location found in front of the lifeguard station at Gwithian.

Having surveyed the site, a granite rock pool was located at (50˚ 13’ 28” N, 5˚ 23’ 47” W) approximately 1.8m x 0.9m x 0.6m deep, and 50m from the cliff edge. At low tide this pool is 4.4m above the sea level and at high tide the sea is 2.1m above the rock pool. There are high tidal rock pools nearer the cliff edge with very little signs of life apart from algae, and at the lower level, pools that are unsettled by the constant battering of waves.

On Monday 23rd April at 7.03 a.m. the tide will be at a high of 6.5m. A time-lapse film will be taken as the tide goes out until its lowest point of 0.9m at 1.07p.m.
Then for the purpose of comparison, film will be taken of both a lower and higher tidal rock pool in the same area. In the selected mid tidal rock pool, notes and photographs will be used to identify and record the location of limpets, muscle groups, rocks, sea weed, sea snails and any other slow moving or static rock pool dwellers. The same method will be used where possible, to record other faster moving organisms.

Time-lapse film will record a group of limpets over 2 hours to measure their activity and movement patterns. Time lapse will then be used to view the tide as it returns to a high of 6.5m at 19.16p.m. On Tuesday 24th April at low-tide 1352p.m. It is planned to return to the selected mid tidal pool to assess, measure and record the changes that have taken place after the passing of two tides. Again, film, photographs, notes and sketches will be used to record the information.

The finished media will be presented on film to show the results and present the conclusions. All data will be collected and all film footage taken by Tuesday 24th April. However, due to other academic commitments, including a field trip to Romania, the final editing of the film will take place in June.

If you made it this far, well done!
A thought occurred to me today, they often do. Some of our year are out in the Gambia just now and sending back photos on Facebook holding little black babies. 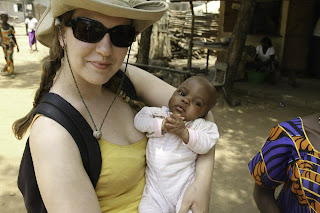 That kind of seems normal, but if we posted photos from Cornwall of us all holding babies, would that be seen the same? I suppose it's the same when we see dozens of dead bodies in the streets of Syria on our TV that's cool, but when a footballer breaks his leg, they won't show that 'out of respect'! What the hell is going on in barking mad Britain?

Here's a link to Cumbria Crack, I'd never heard of it until today. We got a little write up which is nice before our big journey starts a week on Tuesday.
http://www.cumbriacrack.com/2012/04/19/university-of-cumbria-expedition-romania/

Then there's the write up in the News & Star with that terrible photo again...
http://www.newsandstar.co.uk/news/cancer-fight-student-in-transylvanian-adventure-1.946669?referrerPath=news

And the University have given us a spot also...
http://www.cumbria.ac.uk/AboutUs/News/Articles/201112/April/PR1096.aspx

I did something today that I've never done before. I smuggled a tin of beans into a restaurant! The cost of food on site is reasonable BUT if you want a portion of beans it's an extra £1.95, and that's a tiny portion! I think they've cottoned on to the idea that us Brits eat beans with everything when we are out, just to moisten up the tasteless, bland dry food. So reduce the menu prices on main items because we are going to have to have those beans at any cost anyway. OK I have to have them cold and hide the can under the mock rubber plant, but that's cool.
Posted by Daniel Sencier at Sunday, April 22, 2012