Stopped by the Police...

The end of my 4th day here sees Beverley, Julie, Alan and Wendy flying out this morning to a nearby country for talks with the Vice President and other ministers. They will be also visiting schools and clinics to assess their needs before hopefully getting the go-ahead to start the work. There will be a celebration this Saturday when they all come back, I hope!
We had our first taste of ‘real’ Jozi today when we were stopped at a random police roadblock. Six armed police, just doing their job. What could go wrong? Everything really! Firstly they asked Alex for his driving licence! No, he had left it at home. That cost a 750 Rand fine! Second they asked for any form of ID! No, no other form available, another 500 Rand fine! They also showed him a chart, which said they could now not only fine him, but also arrest him! Rowan and I were pleading his case but, as he was the driver, they were only interested in him. Further panic set in when Alex started fumbling with the Sat Nav in the driver’s door, which is where we keep it as it won’t stick to the window. They now thought he was going for a gun!! They yelled “Have you got a gun!” With a look of disbelief he said “No, of course not”. The officer said, “What language are you speaking?” “English” Alex replied, but they were very suspicious, I don’t think they’d heard a cockney accent before! They told him to get out of the car but before he could get out they shouted for him to get back in again. They explained, “You are in a very bad situation but we can help you, if you can help us”. They looked at us all with a knowing look so that we could have time to realise that this translated as, “Bribe us please”. So very discreetly Alex handed over 1000 Rands (£60)  with no paperwork involved. They thanked us for our understanding, we thanked them, then  we were told we could go! Phew!
The rest of the day was marked by a massive and spectacular thunderstorm with lightning bouncing like ping-pongs from cloud to ground and cloud to cloud. I was lucky, I had just bought a mop bucket and wore this on my head as we ran for shelter, wondering if there was some byelaw that could see me bribing my second officer of the day. It’s summer and very warm but also the ‘rainy season’. You don’t see much of it but when it comes you know, and then it’s gone within a few hours and back to clear blue skies. 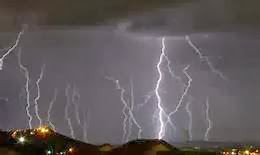 Missing Beverley tonight, she’s lovely to have around, always with a big smile and so much fun. Having said that, with the 3 girls out of the house it’s blissfully quiet and we are just enjoying the silence, it’s deafening. (I’ll get trouble for that!)
I need to look around for a car, nothing too big or too posh, they get ‘carjacked’! Also we need to rent a house before long, hopefully in Melville. Julie and Alan have been great but it’s not fair on them either as we all need our own space.
I’m hoping my brothers or one of my girls might Sype this week. Between 3 and 4 UK time is good because that’s 5 to 6pm here and I’m usually back from being out for the day and ready to eat out. I’m usually back in after dinner at 8pm UK time, 10pm here, so that’s also good. We never eat in; it’s just not economical :-)
Posted by Daniel Sencier at Tuesday, November 12, 2013