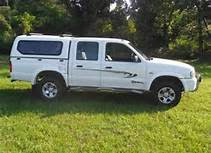 Otherwise known as a Mazda 2.5 double cab, a fair beast capable of off road and with very heavy protection with internal roll bar and same under the body. Funny thing was that we were out looking for a smaller car and Allan & Julie were looking for a Bakkie to replace their's that had been nicked. After trying several places we pulled into this showroom where two brothers had just traded two in; identical vehicles. Half an hour later we'd all signed up to matching beasts! We pick them up on Monday but we're having trackers fitted to them this time, we can't afford to buy a 4th one.

I've now discovered, thanks to Terry Herbert, why the Weaver bird's nest keeps getting destroyed. The male builds the nest, whilst the female supervises and criticises, seemingly berating the male for every mistake. When the nest is finally complete, if it's not to the females specification, she tears it apart in a frenzied attack lasting seconds, then the male has to start again! The male in our garden is now on his 3rd nest, poor bugger!

We now have a house (photos later), just went to see it yesterday, stunning little place on Peach Drive, a long tree lined avenue at the back of Northcliffe. 3 bedrooms, utility room, living room, dining room, big hall, and patio area with built in BBQ. The rooms are big! The garden is about half an acre and wait for it; the swimming pool is the size of half a tennis court. There's a little 'servants cottage', though I feel very uncomfortable with that word. However it's a common thing here to have live in servants in separate accommodation on your property. From what I gather, if you provide this and their food, you can pay them as little as £5 a day and it's pot luck for these poor people who they end up with and their treatment varies accordingly. I didn't expect this! I thought that after apartheid, black and whites were deemed to be equal; but it's different on the ground. The wealthy blacks and whites are equal, but that's where it ends. The more down the wealth ladder you go, the less you'll find blacks on the rungs. You rarely see a white person begging or selling stuff at the robots (traffic lights). It all seems to work but I would hope that true equality would reign one day. 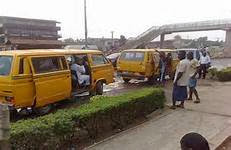 White people do not use the mini bus services that transport millions of people daily throughout the city. If you are asian, black or white, your maid or gardner will always be black. I don't think this is how Nelson Mandela thought it was going to work out; do you?

What do I miss about the UK after 2 weeks away? Maybe the radio, but not really, there's nothing I can think of right now! Certainly not the TV, it's a breath of new life not having one and you don't realise until you get here what a slave most people have become to that thing in the corner that demands everyone's attention and prevents or stunts communication between friends and family. Talk to most teenagers and even some adults in the UK and you can see how poor their social skills are, their vocabulary littered with grunts and blank expressions.
We are learning to be far more careful now and certainly more streetwise, but I'm sure we will have other moments of adventure!