Millions of children will now benefit...

Yesterday we were walking around an area where some 3.9 million years ago, the first humans came into being, and I have this feeling they weren’t called Adam and Eve! ‘The Cradle of Humanity’, about 40 miles into very parch countryside northwest of Johannesburg is the area where the earliest remains of man have been discovered, and from where he eventually travelled to occupy most areas of the planet. Being there was what I suspect a ‘religious experience’ would be like, if I’d ever had one!

We went down into a giant cave system where the fossilised remains of  ‘Little Foot’ were discovered, one of the earliest humans. There are larger caverns in the world but none with such meaning and certainly none that I’ve been to. I tried to photograph down there but couldn’t capture the sheer size, the smell, the coolness and the sounds, but I won’t forget them. 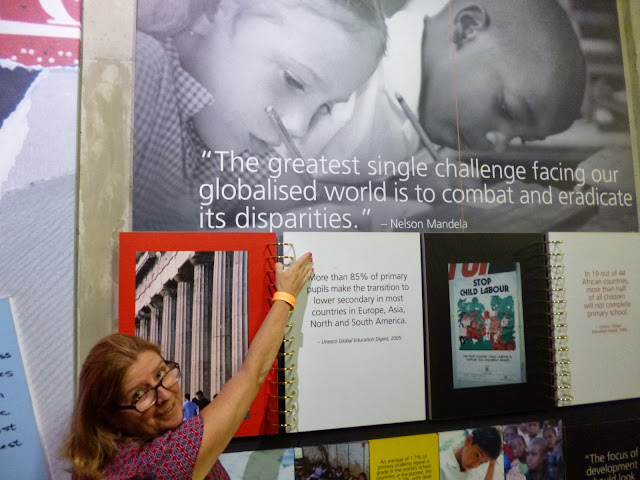 An exhibition on the way out with some amazing messages brought home to Beverley the reasons she went into teaching in the first place.  I saw her eyes well up, the  depth of feeling was obvious. She always felt so honoured and humbled to be a Primary Head Teacher looking after a top graded school in a Cumbrian village, often advising local professionals and always willing to help others. She spent several hard years qualifying as a Head Teacher, an achievement that she was so proud of and wished her Mother Pauline could have seen. The parents and children loved her and she was so sad to leave them behind, but now she was to head up e-learning for a large percentage of the children in Sub Saharan Africa! Millions upon millions of children will now benefit from her gift as the project moves from country to country. Better still, she now has the support of like-minded people who have the children as their key priority. 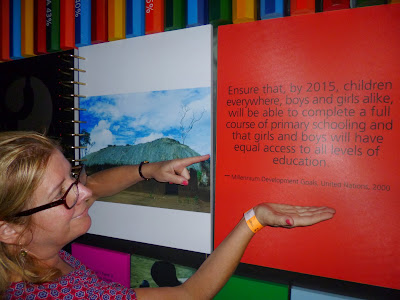 I'm extremely proud of her and we both feel so lucky to have been given this amazing chance to fulfil a dream that most people can only fantasise on. Follow our story here and I'll keep you updated. Sometimes I can't go into the fine detail until each project is up and running, but I'll do my best to give you a good taste of what's going on.

House hunting is now on the agenda and down here you can get a 4 bedroom house with reception area, dining room, living room, laundry room, 2 toilets, a large garden, double garage and swimming pool, for £600 a month, so we won't be rushing back to the UK for a while!